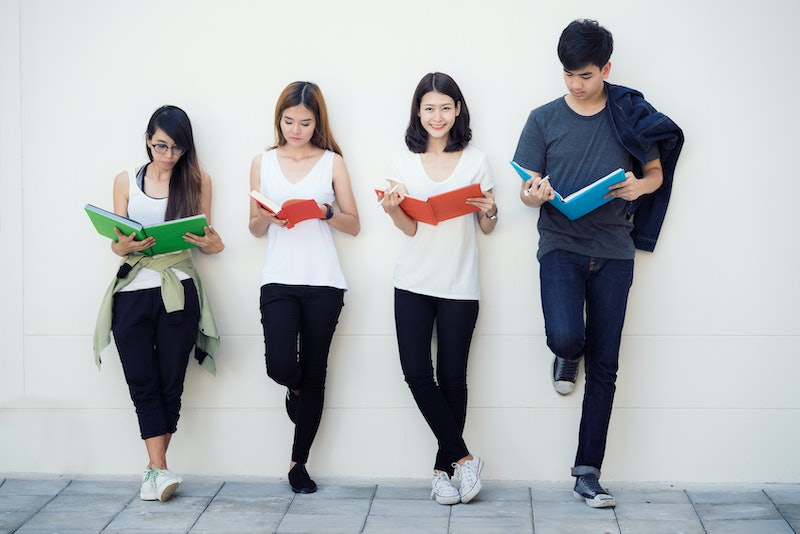 If one of those New Year’s reading resolutions you’ve been slacking on (yes, still) was to simply read more this year, then it’s time to get cracking — or, you know, reading. And one surefire foolproof way to make 2016 your best year in reading yet is to finally organize that book club you and your most bookish of BFFs have been talking about since forever. But readers, be warned: If there’s one thing we book-lovers all know, it’s that selecting the perfect title for your next book group read is hard work.

Sure, you and your pals all agree on your mutual love of reading, but agreeing on what to read? Sometimes that’s a totally different story (no pun intended.) And it’s not always easy to find books that everyone in your book group will love. (If you’ve ever browsed any of your closest girlfriends’ bookshelves and thought: “Gosh, I don’t know her at all” then you understand exactly what I’m taking about here.)

Well get ready to let go of all those book selecting worries you’ve been harboring, because I’ve done the heavy lifting — er, reading — for you. Here are 12 books that everyone in your book group will love. Guaranteed.

1. We Are All Completely Beside Ourselves by Karen Joy Fowler

If your book club loved reading The Jane Austen Book Club (which of course, they did) then you’ll love the latest novel by author Karen Joy Fowler. We Are All Completely Beside Ourselves meets the Cooke family at a strange and awful moment of transformation — the normally talkative Rosemary Cooke is hiding a deep secret behind a veil of silence, her brother is a fugitive, her parents are barely recognizable, and Rosemary’s sister, Fern, has gotten involved in a mess all her own. Despite all the drama, Fowler’s writing is definitely filled with moments of wit and laugh-out-loud humor.

2. The Stargazer's Sister by Carrie Brown

Anyone interested in astronomy has probably heard of the famous William Herschel — but did you know he had a stargazing sister as well? Carrie Brown’s The Stargazer’s Sister tells the imagined life story of Caroline Herschel, an adoring sister, emerging astronomer, and woman ahead of her time who struggles to defy social norms and become the woman she knows she was destined to be.

Bernadette Fox is not crazy — as long as you don’t ask anyone who actually knows her. In the wake of social pressures and family drama, Bernadette’s lackluster husband attempts to have her institutionalized, only to discover that Bernadette has escaped his poorly-executed psychiatric intervention through a second-story bathroom window. Where she’s gone is the question that lies at the heart of Maria Semple’s novel Where’d You Go, Bernadette .

4. The After Party by Anton DiSclafani

Because your book club totally obsessed over Anton DiSclafani’s The Yonahlossee Riding Camp for Girls (you can’t deny it) you should definitely pick up her next novel The After Party . Set among the real lives behind the 1950s Houston society pages, this novel centers around Joan Fortier, a woman desperate for the freedoms that exist only for men in her world, and her best friend Cece Buchanan, as their relationship shifts in the wake of Joan’s ever-wilder impulses.

Barbara Kingsolver is always a good book club choice, and her novel Flight Behavior is no different. When Dellarobia Turnbow discovers what appears to be a lake of fire along the mountain road behind her house, science, religion, and her rural community offer different theories on the phenomenon she witnessed. When Turnbow’s own personal secrets get caught up in the mix, things really get heated.

6. Circling the Sun by Paula McLain

If you’ve not yet discovered the story of female pilot extraordinaire Beryl Markham, Paula McLain’s Circling the Sun is a great place to start. Born in England but raised in Kenya, Beryl Markham’s childhood was not a typical one. So it’s no wonder she became the first woman to fly solo across the Atlantic from east to west. A story filled with love, adventure, and the adrenaline rush of taking flight, this is a definitely book club must-read.

7. Why We Came to the City by Kristopher Jansma

If you were a recent college grad during the economic crash of 2008, then Kristopher Jansma’s latest novel might bring back some fond (or not-so-fond) memories of the lean years. Why We Came to the City tells the story of five friends living in Manhattan and trying pursue the dreams they held for themselves before the economic collapse threatened to challenge everything they’d come to know and love about living in the big city.

As the main character of Tupelo Hassman’s Girlchild , Rory Hendrix is an unlikely Girl Scout — in that she’s missing the outfit, the badges, and a troop itself. But inspired by the Girl Scout’s Handbook, Rory plans her escape from the Nevada trailer park where she and her mother have lived all their lives. Told she’ll grow up to be nothing but a prostitute, Rory finds inspiration in books and survival tips as she vows to break the cycle of poverty and violence she grew up with.

9. The Sound of Gravel by Ruth Wariner

Ruth Wariner was born her father’s 39th child, a member of a polygamist cult living and worshiping in rural Mexico. Taught that her mission in life would be to enter into a polygamous marriage and begin having children, Ruth begins to question the future that has been set for her. But breaking away from the only life she’s known isn’t so easy when she knows she’ll be leaving everyone she loves behind. The Sound of Gravel is a beautiful and hopeful story about one girl’s coming-of-age story, and her resilience to do anything to change her life for the better.

10. Good on Paper by Rachel Cantor

When a Nobel Prize-winning Italian poet contacts Shira Greene about translating his latest work, she thinks the pieces of her life might finally be falling into place. Up until now she’s been living with her best friend, raising her daughter, and doing absolutely nothing of consequence with her PhD. But when Shira discovers the novel she’s been given might be impossible to translate, she has to face the fact that changing her life might not be as easy as she’d hoped. Good on Paper is a fun and funny novel about hope, transformation, and acceptance.

11. The Girl on the Train by Paula Hawkins

Even book clubbers who don’t usually like psychological thrillers won’t be able to resist Paula Hawkins’ The Girl on the Train . When Rachel’s daily commute leads her to witness a deeply disturbing act from the window of her train, she tells the police everything she knows — and then immediately wonders if she’s made a mistake. But now she’s irreversibly involved in the lives she’s just changed, and there’s no going back.

12. Get in Trouble by Kelly Link

Another genre not typically beloved in book clubs, Kelly Link’s collection of stories, Get in Trouble, will convert your book group to the church of the short story in no time. Filled with fantasy, humor, wit, and whimsy, Link’s stories are irresistible and filled with one-of-a-kind characters you won’t be able to get enough of. The only shame is that each of these stories isn’t a novel itself.