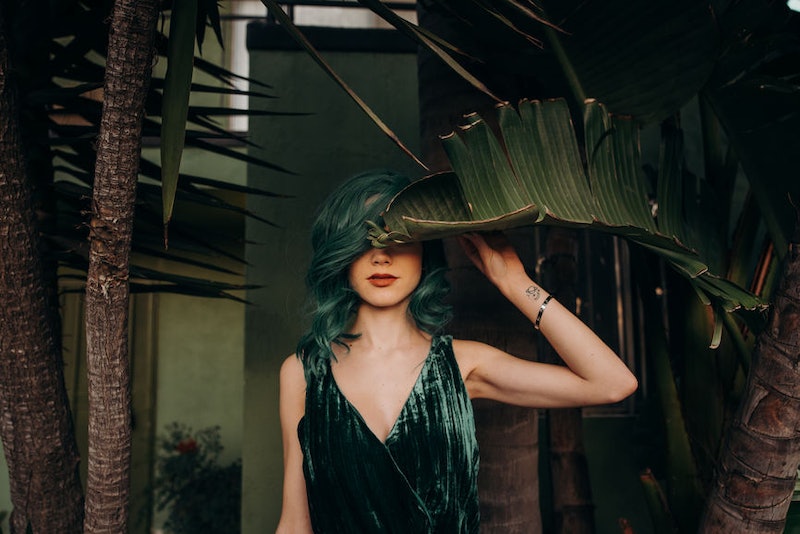 Like "codependent" or "obsessive compulsive, "an addictive personality" is one of those phrases that many of us throw around without being entirely certain what we're actually saying. We may use the phrase to describe our weakness for consuming Diet Coke by the liter, or our compulsion to check our social media accounts roughly every 45 seconds, just in case someone new liked that picture we posted of a duck hugging a dog. But having an "addictive personality" is more than a self-deprecating way to describe your tendency to engage in certain indulgences — it's an actual phenomenon, a set of traits that makes those who have them more vulnerable to genuine addictions that can take over their lives.

So what actually constitutes an "addictive personality"? To get into that, we should first dig into what addiction actually is. The famous addiction rehabilitation center Hazeldon Foundation explains addiction this way: most of us are able to accept that our lives are full of cycles of happiness, where sometimes we feel great, and other times, we don't. But "addiction can be viewed as an attempt to control these uncontrollable cycles. When addicts use a particular object, such as a substance or an event to produce a desired mood change, they believe they can control these cycles, and at first they can. Addiction, on its most basic level, is an attempt to control and fulfill this desire for happiness."

Far from being a selfish urge or a personality flaw, addiction is a distortion of our natural drives, which is more likely to occur among some people who have with certain risk factors — especially when they come in contact with certain pressures, stresses, or situations.

1. You're Impulsive & Have Difficulty Delaying Gratification

"Difficulty delaying gratification" stood out as a common theme in Lang's study — meaning that those of us who sometimes find ourselves feeling literally unable to not spend money (even when we're trying to save), or not say something negative (even though we know its totally inappropriate), should keep an eye out for any addictions we may be developing.

If this is you, don't beat yourself up by thinking of it as a "character flaw" or something you developed because you didn't try hard enough not to — a 2014 study conducted by researchers at Boston University School of Medicine suggested that "this kind of impulsivity may be a result of cellular activities in the part of the brain involved with reward." In fact, a multi-decade study of three-year-olds in New Zealand, which concluded in 2012, found that poor impulse control as a child was commonly correlated among study subjects with addiction struggles later in life.

2. You're More Sensitive To Stress Than Most People

Though stress can drive all of us to unhealthy coping mechanisms at times, Lang's study found that folks who were particularly sensitive to stress often were also particularly vulnerable to addiction — causing the New York Times to note that this might be why "adolescence and other stressful transition periods are often associated with the most severe drug and alcohol problems."

3. You Have Low Self-Esteem

It's obviously true that many, many people deal with low self-esteem and don't have any kind of problem with addiction — in fact, that's true of every sign on this list. But when coupled with impulsivity and stress sensitivity, feeling down about yourself can be a risk factor for addiction.

The aforementioned New Zealand study found that the children who ended up at greatest risk for addiction issues generally had "relatively high levels of negative feelings," a tendency that continued into adulthood, where it was often combined with feelings of alienation.

What Does It All Mean?

None of these traits mean that you're destined to become addicted to anything. If you do feel that you have a problem with substance abuse or other addictions and identify with these signs, there's also still hope of getting better. In fact, all of this research on addictive personalities was conducted with the goal of helping people with addictive personalities better protect themselves or recover from their addictions. Classifying these traits as addictive isn't a condemnation of anyone's character; it's more like a "Caution" sign to help you make the best decisions that you can about your life.

However, if you do see these traits in yourself, and have worries about your own possible tendencies towards addiction, there are lots of resources out there aimed at helping you get back in control of your life. Alcoholics Anonymous, Narcotics Anonymous, and the National Helpline of the Substance Abuse and Mental Health Services Administration are all good places to start if you're looking for more information or someone to talk to. Remember, it's never too early or too late to get help.