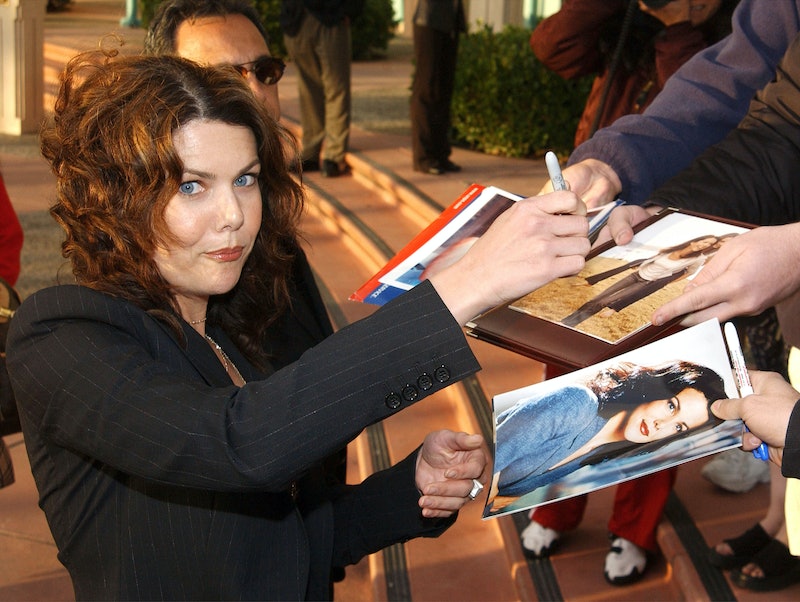 Are you a self-proclaimed Gilmore Girls fanatic? If so, you're likely having the best year ever. Gilmore Girls is getting a Netflix revival, and it's everything that our Stars Hollow-obsessed hearts could possibly ask for. Lorelei and Rory are returning to their old stomping grounds, and if you weren't 100 percent satisfied with the original finale (it should have ended with a Lorelei/Luke wedding, which Jess attends to sweep Rory off of her feet with a novel that he wrote just for her, but whatever, I don't think much about it) this Netflix series should satisfy you.

The Netflix revival will take place over four 90-minute episodes, so think of the series as four awesome mini-movies set in a world you know and love. Show creator and Gilmore Girls' revival crusader Amy Sherman-Palladino spoke to TVLine about Gilmore Girls 2.0., and she explained why the new streaming show is taking on a different format than the original series.

According to Sherman-Palladino's interview, it wasn't always supposed to be four episodes — three would have sufficed. However, it was the Carole King tune "You've Got A Friend" that could, potentially, give way to the new format. (King's song "Where You Lead" is the theme song of the series.) The song references the seasons — winter, spring, summer and fall — which then became the show's episodes. According to Sherman-Palladino, it was the only thing that made sense:

[Narratively,] it really worked. It worked to open on snow and have a colder, starker environment. And then end on a lusher, warmer, golden-y town, which lends to where the story will end.

As for why the series is 90-minutes, as opposed to the typical 45? Well, according to Sherman-Palladino, it could have been even longer than that:

We're definitely in for a very different experience than the Gilmore Girls fans are used to, but hey — anything that can bring us back to Stars Hollow is definitely worth it.