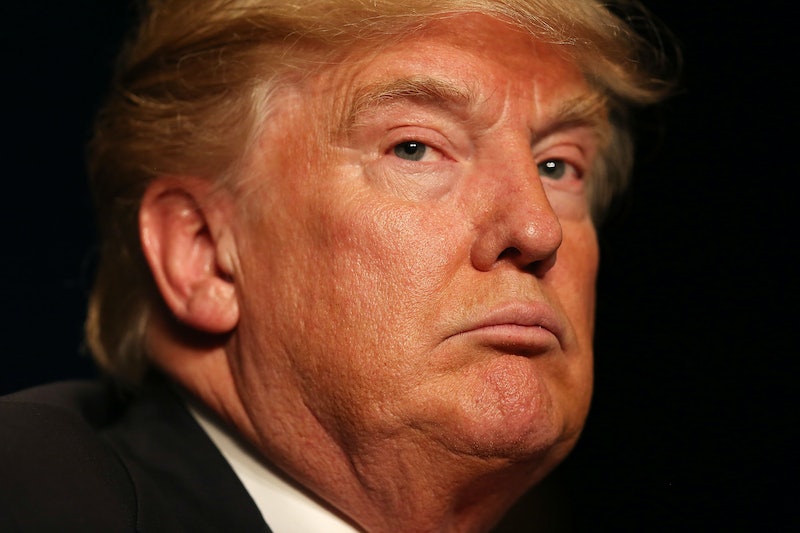 Well, ladies and gentlemen, the news is in: Donald Trump is officially a loser. With the results of Monday night's Iowa caucus official, Trump came in second place with 24 percent to Ted Cruz's 28 percent. The Iowa caucus was seen as Trump's chance to solidify a campaign built on the backs of new voters, turning up to his rallies in the thousands. Were he to win Iowa, political commentators said, Trump would have a chance at a nomination once thought to be entirely far-fetched. But for whatever reason (perhaps by some kind of divine intervention from the political gods), Trump lost Iowa, and with luck, we too will see the tapering out of his campaign.

Trump soon came on stage at his campaign headquarters in Iowa to admit defeat. "I want to congratulate Ted, and I want to congratulate all of the incredible candidates.” This, ironically, is coming from the same man who is known for talking down to his opponents, be it about their policies or appearance. Prior to congratulating the other candidates, Trump said he was "just honored" to come in second place. Again, this is coming from the same candidate who often spouts out nonsense about losers, and has told his supporters they will be "sick of winning" if he gets elected.

Perhaps more surprising, Trump kept his attacks on Hillary to a minimum (and actually acknowledged candidate Bernie Sanders.) Though he briefly mentioned Clinton's "problems" beyond getting the nomination, most of his thoughts on her were pretty tame:

We had so many different indications that we will beat her and beat her easily. And we will go on to get the Republican nomination, and we will easily beat Hillary or Bernie or whoever the hell they throw up there.

Trump's speech generally kept this same optimistic tone throughout. He said in part:

On June 16, when we started this journey, there were 17 candidates. I was told by everybody, "Do not go to Iowa. You could never finish even in the top ten." And I said, "But I have friends in Iowa. I know a lot of people in Iowa. I think they'll really like me. Let's give it a shot." They said, "Don't do it." I said, "I have to do it." And, we finished second, and I want to tell you something, I'm just honored, I'm really honored. We have a poll, we're 28 points ahead, okay? New Hampshire. We love New Hampshire. We love South Carolina. And we're leaving tonight, and tomorrow afternoon, we'll be in New Hampshire, and that'll be something special. It's going to be a great week, and we're going to be up here next week. And I think we're going to be proclaiming victory, I hope. Iowa, we love you. We thank you. You're special. We will be back many, many times. In fact, I think I might come here and buy a farm, I love it.

Coming from Trump, this tone is entirely new. Maybe under the threat of defeat, his usual rhetoric will tone down. It's possible that he understands that not all conservatives will eat up his usual slandering, and will perhaps conduct the rest of his campaign in this softer style.