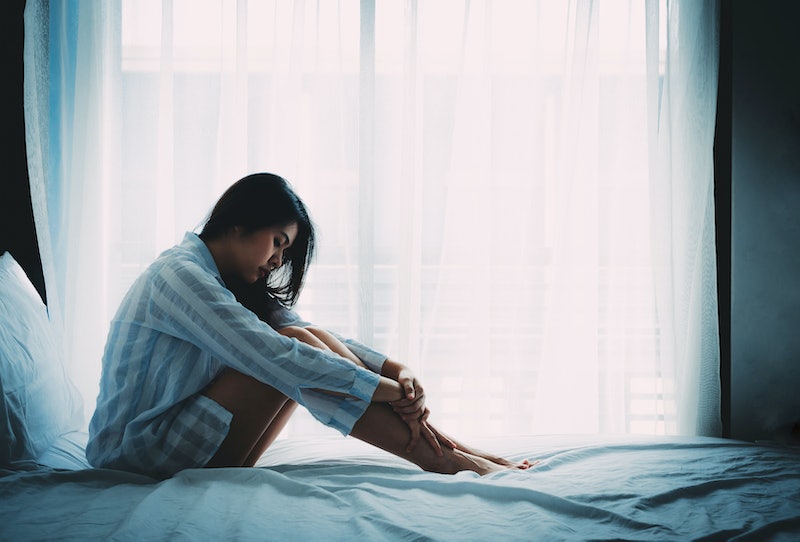 Here’s the noteworthy thing about magnesium — while the word itself might not strike an immediate chord as something incredibly important, the mineral is downright vital for our overall health. The question is… are you getting enough? There are various signs you have a magnesium deficiency, some of which are very difficult to read, while other more advanced-stage symptoms prove easier to spot.

According to CNN, magnesium deficiency is often known as the “invisible deficiency” due to its difficulty in pinpointing. Many experts have said it’s extremely hard to diagnose given it’s symptoms sometimes mimic other ailments, which makes it rather scary as it can pose a major problems to a person’s state of health. WebMD said the mineral is crucial to a person’s health, as it helps keep blood pressure normal, bones strong, and steadies the heart’s rhythm. In fact, every organ in the body needs magnesium — especially the heart, lungs and kidneys, according to University of Maryland Medical Center.

How much should you be getting? According to the Linus Pauling Institute, the recommended dietary allowance (RDA) for magnesium is 310-320 mg/day for women and 400-420 mg/day for men. Excellent food sources of the mineral include almonds, bananas, dark leafy greens, and fish.

Dr. Rhonda Perciavalle Patrick, Ph.D., noted, however, that 56 percent of the population is deficient in the mineral. Keep in mind that according to the National Institutes of Health (NIH) Office of Dietary Supplements, there are certain people who are more likely to experience this kind of deficiency, including those with gastrointestinal diseases, type 2 diabetes, alcohol dependence and older adults. However, we should all be keen to making this nutrient a bigger part of our diets. Here are six signs you might have a magnesium deficiency, and how to fix it.

Following the early and more common signs associated with magnesium deficiency we just discussed are the next level signs, including muscle cramps. According to BodyBuilding.com, as the deficiency worsens, the individual is likely to experience noticeable problems with muscle function, causing cramps and contractions beyond what they’re normally used to.

3. You’ve Noticed Numbness In Parts Of Your Body

For anyone who has ever experienced it, the feeling of unwarranted numbness on a body part is definitely enough to trigger immediate concern. Another of the advanced signs of magnesium deficiency is just that — numbness, according to CNN. The outlet said this could also be supplemented by random contractions, too, like a twitching eye that won’t seem to stop.

4. Your Heart Is Beating Irregularly

In these worsened stages of magnesium deficiency, one might also notice abnormal heart rhythms, according to Healthline. Why? Low levels of magnesium can lead to an electrolyte imbalance, which contributes to arrhythmia — or in other words, an irregular heartbeat.

If some of the previous signs didn’t already spark a major cause for concern, LIVESTRONG confirmed another symptom of the deficiency is spasms and seizures. This is because a lack of magnesium can cause excessive electrical activity in the brain, the outlet noted.

6. Others Have Noticed A Change In Your Personality

A final and equally alarming sign of magnesium deficiency is a change in personality, according to CNN. Dr. Danine Fruge, Associate Medical Director at the Pritikin Longevity Center, told CNN hormones are affected by magnesium, which would explain the alterations in personality. Magnesium deficiency causes damage to neurons, which can result in depression-like feelings, too — another personality changer.

If we think we aren’t getting enough magnesium, what should we do? Dr. Fruge noted it’s best to focus on getting the mineral from food. It’s recommended that we amp up our intake of those magnesium-rich foods discussed earlier — almonds, bananas, dark leafy greens, and fish. If you’re someone hoping to beat any potential deficiency via a supplement, Dr. Fruge recommended doing so under the direction of a doctor. This is because, as Dr. Fruge put it, our bodies have a built-in mechanism that prevents us from getting too much magnesium from food, but doesn’t protect against supplements. As with anything else — too much of a good thing (magnesium) can be a bad thing.

For an in-depth look at magnesium-rich foods, check out this list from Cedars-Sinai Medical Center.