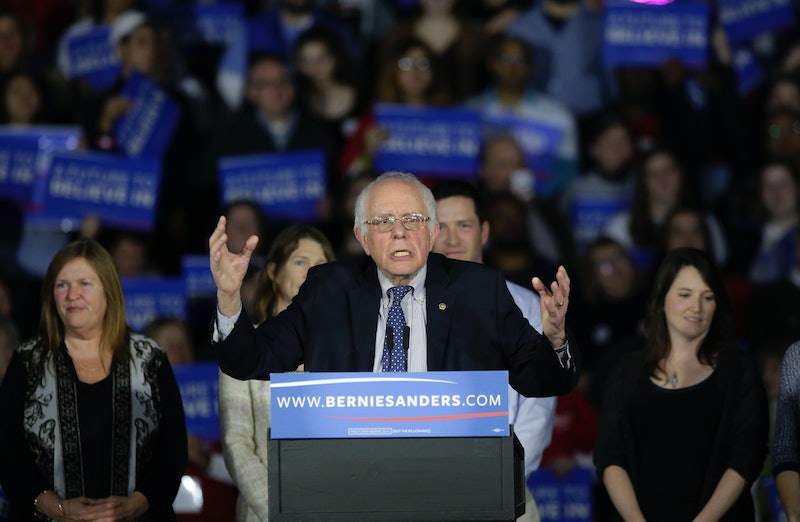 On Monday, the political world was set ablaze by the Iowa caucuses, the first real voting day of the 2016 presidential election cycle. And I don't have to tell you just how long everyone had been waiting. After months and months of campaigning, rallying support, jockeying for position, and occasional sniping, we now know exactly how tight the race was between Vermont senator Bernie Sanders and former Secretary of State Hillary Clinton. But just how narrow was Clinton's victory? Were these the closest Iowa caucuses ever?

To be blunt, the answer is yes. As the Iowa Democratic Party announced Tuesday morning, the race between Sanders and Clinton was indeed the closest matchup in the history of the Iowa caucuses. In the end, according to multiple reports, Clinton eked out a victory over Sanders by a mere 0.2 percent. Here are the delegate counts, as per the state party's announcement:

So just how close are we talking about, here? Close enough that Clinton's margin of victory seems even less instructive than that 0.2 percent figure might look, given her superior luck in a series of 50-50 coin flips. As Market Watch's Karen Friar detailed Tuesday morning, the Clinton campaign reportedly won six out of six tie-breaking coin flips to decide county delegates. This has whipped up a lot of angst on the Sanders side, owing to the fact that Clinton's odds of getting that kind of sweep were less than two percent, and the idea of a presidential race being impacted by coin toss seems silly, to put it mildly.

But it's true, believe it or not. And unless the rest of the Democratic primary somehow boils down to be every bit as tight as the Iowa caucuses, Clinton's edge in delegates is so narrow as to make this, as Sanders described it, a "virtual tie" ― the Iowa caucuses award delegates to candidates in proportion to their voting. If it were a winner-take-all state, then Sanders and his supporters would surely be wearing out their stress balls right now. But as it stands now, Clinton leads by just four delegates.