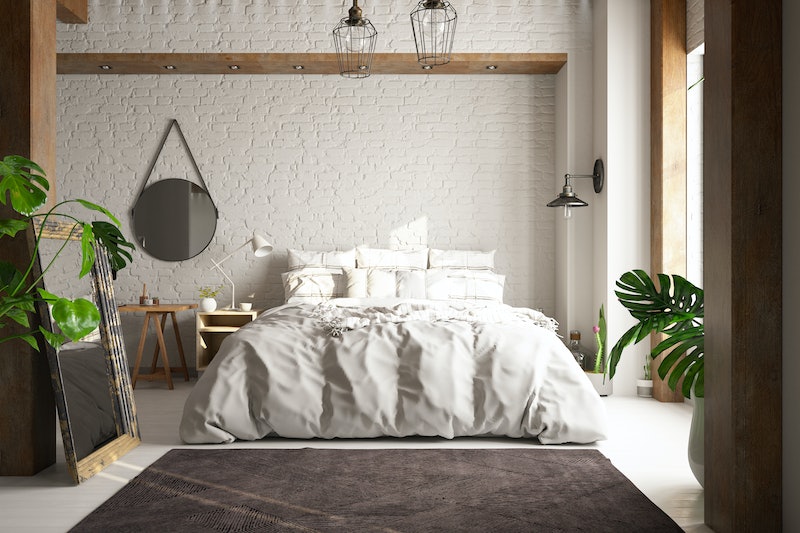 If you weren't already terrified of bed bugs enough, scientists have just offered up an even more terrifying answer to the question: why are bed bugs so hard to kill? I almost don't want to type the sentence, "I've never had bed bugs myself" because I know that's the fastest way to jinx myself into actually getting bed bugs. Living in New York City, I know more than one person who's had to deal with bed bug infestations in their apartment — and all of them have been more than difficult to exterminate, sometimes taking multiple fumigations and tossing out of furniture to achieve. Now, in the journal Nature Communications, scientists have published findings about the genome and microbiome that will terrify the crap out of anyone (and pretty much destroy anyone that already has intense bed bug anxiety).

The basic gist of this thing is if you get bed bugs, you're effed. A friend of mine recently had them and after I saw her (once they'd been exterminated from her apartment), the first thing my boyfriend asked me when I got home was "Did you hug her?" I mean, of course I did, I'm not a monster. (But also, pray for me.) Anyway, here's what you need to know about bed bugs, and why they're the terminators of the bug world:

OK, I'm stretching that a little, but bed bugs are essentially living fossils.

Even though bed bugs are fossilized in their appearance, their inner biology has evolved to adapt to human environments, which is what makes them so terrifyingly hard to get rid of.

That's a developed resistance, found in the bed bug's genome. In a press statement, Coby Schalsaid, co-leader scientist in the bed bug study project, said, “The genome sequence shows genes that encode enzymes and other proteins that the bedbug can use to fight insecticides, whether by degrading them or by preventing them from penetrating its body." Are you shaking in your boots yet?

4. Male Beg Bugs Are Way Too Into The Propagation Of The Species

Male bed bugs like to stick their phallus in anything. Meanwhile, the sex they have is pretty horrific: they stab female bugs in the abdomen and then essentially inseminate the open wound. Female bugs have developed something called "sex shielding" as a means of dealing with this “traumatic insemination,” which is a shielded funnel on their underside, to help them deal with being constantly assaulted and impregnated by their male counterparts.

5. Beg Bugs Have Genes From Other Organisms

It just keeps getting weirder, right? Bed bugs have genes from other organisms, like a parasitic bacterium called Wolbachia. These aren't actually functional in the bed bug, but they could evolve to incorporate into the bed bug genome. Scientists have also found more then 400 species of bacteria living on and inside bed bugs which is SO VERY GROSS. These bacteria help keep bed bugs alive, but could also help us kill bed bugs — if we can kill the bacteria, the bugs will be vulnerable (there's hope!).

6. They Can Consume A Lot Of Blood

Warning: this is going to get even grosser. Bed begs can consume so much blood that they engorge to 200 percent their body size. Is your skin crawling yet? Probably not, because scientists have found that the bed bugs bite contains both anesthetics and anticoagulants that act to stop you from noticing you've been bitten. Now go and scream into a pillow.

More like this
This Company Will Send STI Tests Right To Your Door
By Lexi Inks
All The Muscles You Work When Doing Deadlifts
By Carolyn Steber
Wimbledon Alters All-White Kit Rule Amid Candid Period Discussions
By Catharina Cheung and Rachel Mantock
Bustle Newsletter: November 18, 2022
By Bustle Editors
Get Even More From Bustle — Sign Up For The Newsletter