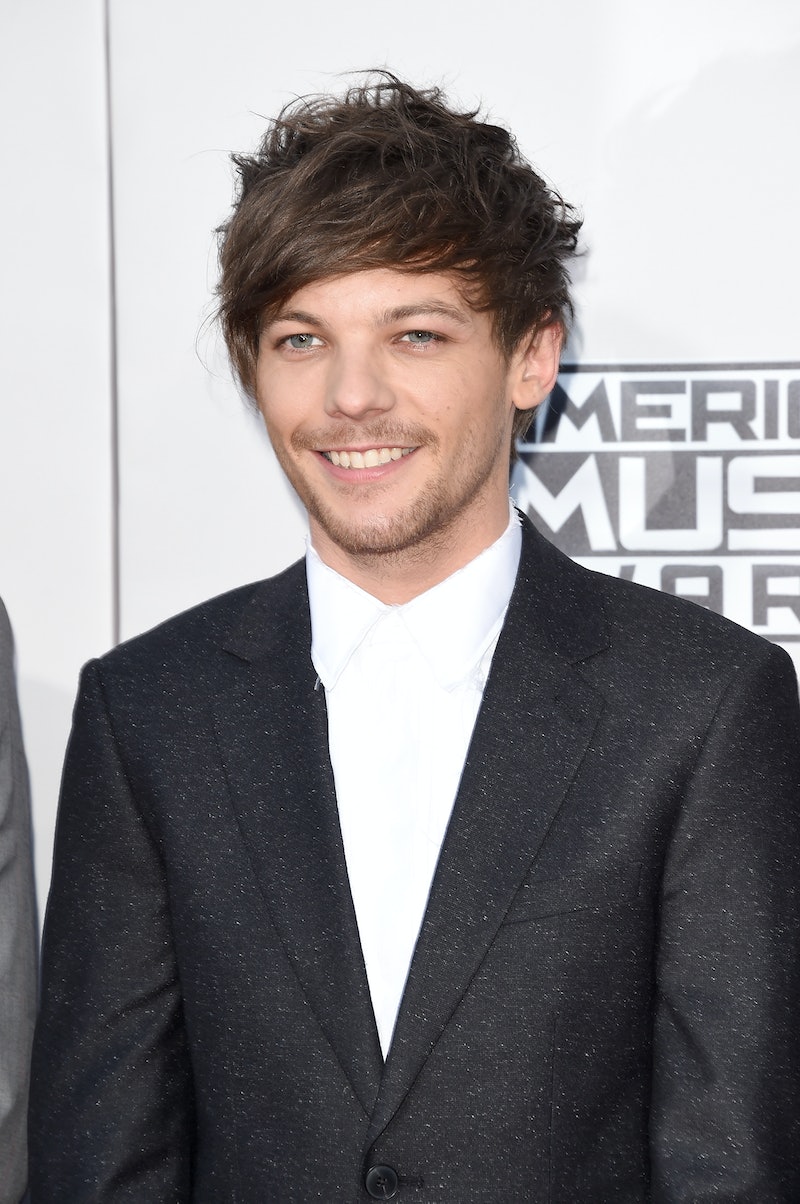 Ever since becoming a father to his son Freddie, Louis Tomlinson has been on cloud nine. But when he isn't spending time with his baby boy (seriously, is anyone else still coming to terms with Tomlinson as a dad?), the One Direction singer is being all cute with his rumored girlfriend, The Originals actor Danielle Campbell. They've only been spotted out and about a few times, and haven't shared any pictures together directly through their social media accounts, but there are a few photos of Louis Tomlinson and Danielle Campbell that prove they know how to have fun.

Neither have commented on their dating status, but when they're caught sharing milkshakes, holding hands, and visiting Campbell's family together, I think it's safe to assume they are definitely an item. If not, then they must just really like hanging out and doing couple-y things.

The 24-year-old singer and the 21-year-old actor were first linked when they were snapped in a photo shared by Campbell's friend and fellow actor Keelin Woodell. However, the two made headlines when they bought a lot of milkshakes (four, reportedly) at Hollywood's Millions of Milkshakes in December 2015. Ever since then, fans and shippers have been keep a close eye on the adorable duo.

With that, here are a few photos showing that despite only "dating" for a short while, Tomlinson and Campbell clearly only have eyes for each other.

They're Selfie Game Is On Point

I mean, does it get cuter than that?

These photos are from both times they were spotted getting ice cream together. Seriously, how much ice cream can they eat?

Campbell just turned 21, and according to the Daily Mail, the two celebrated her big birthday in California. I mean, you know it's going to be a good time when there are Frozen balloons hanging outside of the birthday venue. Plus, there were also "It's a Boy" balloons for Tomlinson to celebrate his new journey as a father. Now that's pretty darn cute.

Do you think they bought ice cream?

These photos aren't the best, but Tomlinson is clearly having a blast.

They Make The Perfect Travel Buddies

I see that smile, Danielle.

It's official: these two can't not have fun when they're around one another.