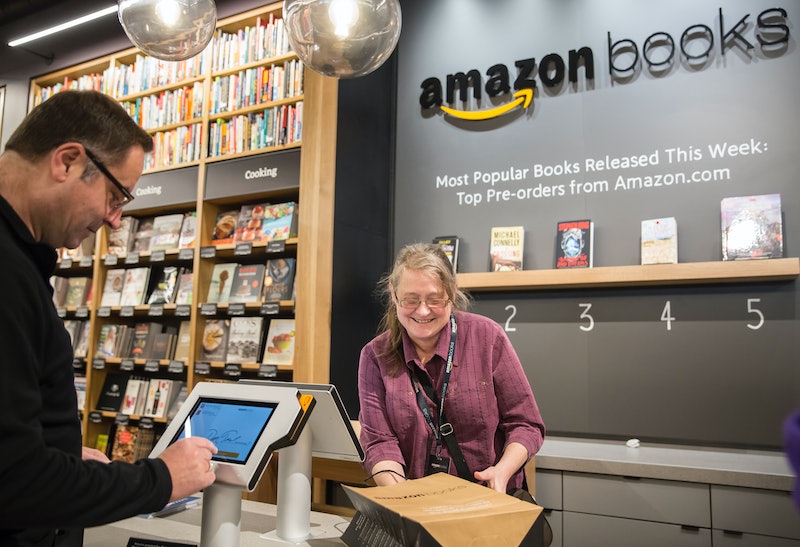 Fresh off the rumor mill: Is Amazon opening 400 physical bookstores? That’s what Sandeep Mathrani, CEO of mall operator General Growth Properties, seems to think. Mathrani dropped this bombshell during a conference call on Tuesday. “You’ve got Amazon opening brick-and-mortar bookstores and their goal is to open, as I understand, 300 to 400,” he said in response to a question about mall traffic. Which sounds like pretty big news — except that nobody’s quite sure where he got that figure. Has he got the insider scoop from Amazon themself? Or is he just misinformed?

Amazon has yet to confirm this development, commenting only that they do not respond to “rumors and speculation,” so there’s no way of knowing how much truth is behind these new Amazon bookstores — but it definitely sounds like something that could happen. Amazon’s first bookstore opened in November, so we know that physical stores are on their radar. And 400 may be a pretty big number to step up to — but Amazon didn’t get their e-tailer label for nothing. (Yeah, the “e” stands for enormous.)

Physical bookstores may seem like a bit of a step back for the online giant — but there’s still a touch of the futuristic at play here. The books are impossibly cheap, priced the same as their online counterparts, and many titles are displayed alongside their online reviews. And while ordering from Amazon is convenient, nothing is quite as immediately satisfying as walking out of a store book in hand. Watch this space — bookstores may be the future.

More like this
'The Sandman’s Ending Is A Departure From Neil Gaiman’s Comic Book Series
By Kadin Burnett
I've Read The Harry Potter Books 30+ Times & This Plot Hole Haunts Me
By Kelsey Stiegman
The Best Dresses & Outfits For Warm Weather On Amazon, According To Stylists
By Dena Ogden
How To Use The Like To Know It App To Buy Influencers’ Faves
By Emma Carey
Get Even More From Bustle — Sign Up For The Newsletter