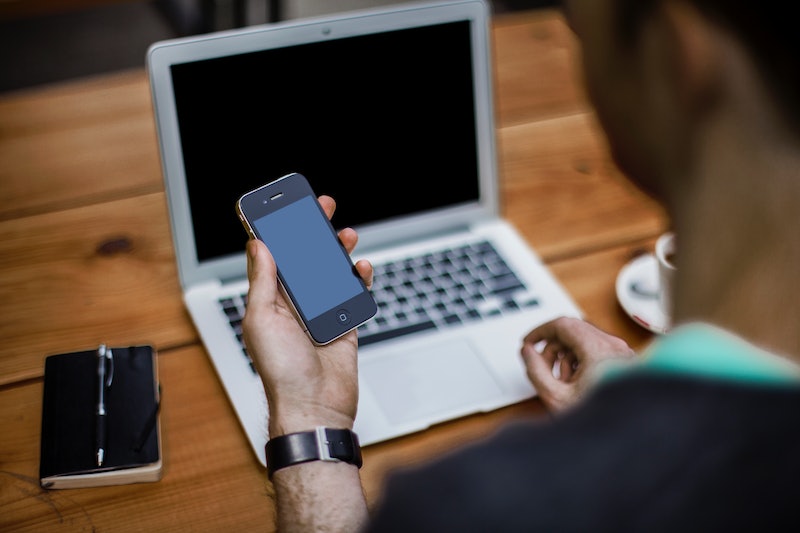 With smartphones, Facebook videos that automatically start playing, and cute animal pictures all over the Internet, there is no doubt that we live in the era of distraction. We also deal with external distractions every day, like car horns honking outside the office, noises in the hallway during class, and the sound of someone else's pen furiously writing during a test. But exactly how easily distracted are we? Science of Us has devised a test to answer that question, because let's face it: There's procrastination, and there's procrastination.

The test itself is just one minute long, which doesn't seem like a whole lot unless you buy into the theory that our attention spans are now less than 12 seconds. It's based off the Stroop Color and Word Test, which has been used in countless research studies — and which also may look pretty familiar to you. You know that test where you're presented with a word that describes a color, but the word is printed in a different color than the one it spells out? That's the test I'm talking about. For example, the word "blue" might be the color green. You're then usually asked to sekect either the color of the word, or the color the word spells out (still with me?) — and from there, chaos and confusion often ensues, because it's hard for the brain to process relevant and irrelevant information at the same time.

The Science of Us test is modeled off a game created by Boston College psychologist Joshua Hartshorne. Administered to over 18,000 people, it can be used to better understand executive function such as memory, planning, and reasoning, as well as your control over those functions. Let's take a look at the Science of Us test itself to better understand what the results might mean.

OK, so I was bluffing. It's not that easy. Though the above word is orange, which means I should hit the "o" key as per the instructions, it's really hard not to see the word "white" glaring at me and urging me to hit the "w" key instead.

Now imagine doing that for 60 whole seconds. It's a lot harder than you might think.

Somehow, I got all 15 colors correct. The top line which tells you how many "matched pairs" you correctly identified, meaning you spotted all the orange-colored words that also spelled out the word "orange" and all the white-colored words that also spelled out the word "white." The bottom line tells you which "mismatched pairs" you got right, which are the opposite of the matched pairs — that is, it refers to every time the word "white" was written in orange and every time the word "orange" was written in white.

Science of Us gives you a little analysis when you finish the test, showing you if there was a time difference between how long it took you to decipher matched pairs versus mismatched pairs and how much time you took per slide. It then compares your results to information about the average reader. In my case, I answered a couple fractions of a second earlier than average readers in both categories; additionally, my response time for mismatched pairs was a little slower than my response time for matched pairs. According to Science of Us, this means I'm less susceptible to distractions or irrelevant information. According to me, however, that seems a little hard to believe. I mean, I currently have a "babies and dogs" tab open on my computer, so do with that what you will.

If you want to take the test yourself and get your own results and analysis, take the test here. If you don't get distracted by something else first, of course.