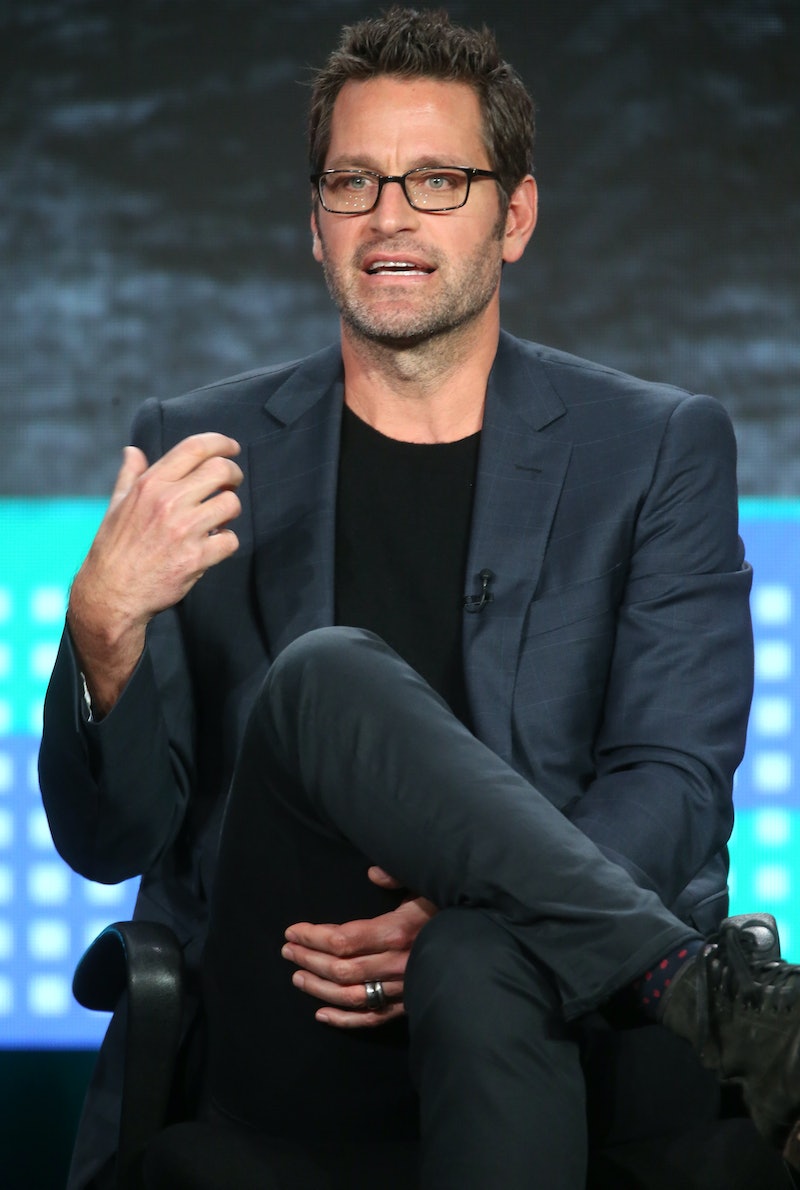 Generally, by the end of my annual Super Bowl festivities — which, for me, is more about eating chips and watching all of the commercials — there are usually just a few moments of advertising genius that stand out in mind. Sure, I’m a sucker for the sweet commercials and the ones that make me choke up just a bit, but the ones that I fall for every time are the commercials with those actors who have such command, that all I can do is sit there slack-jawed and in awe. It doesn’t hurt that often these actors are also really, really ridiculously good looking. Like, take the Persil ProClean guy. The way he holds that bottle of laundry detergent so still, he doesn’t even disturb the surface tension? Man, that gets me every time. But, after watching the commercial over and over again (bless you, DVR), I found myself wondering: Who is the Persil ProClean guy? And, furthermore: Why does he look really kind of familiar?

Let’s start with the first question. The Persil ProClean guy is Peter Hermann, and Peter Hermann is an actor who has been in the ‘biz for quite a number of years. That is why he looks so familiar. Specifically, he started his career putting those stunning good looks to use on the soap opera Guiding Light: Between 1997 and 1998, Hermann played Dr. Michael Burke on the popular daytime soap.

But, chances are pretty good that you’ve also seen him in something else that he’s been in more recently. Maybe Philomena or Our Idiot Brother or maybe even Law and Order: SVU, the show he has appeared on for a number of a years.

And thank goodness he did, because that show gave him something else other than just a great gig to add to his growing resumé. It was on the set of SVU in 2001 that Peter Hermann met his lovely and talented wife, Mariska Hargitay, who plays Olivia Benson on the series

Yeah, that might be another reason you recognize him. He’s Mr. Mariska Hargitay, and they're the most adorable couple crime television drama has ever seen.

So if you think, every time you watch that commercial, that you could have sworn you’ve seen that guy somewhere, chances are you probably have. He’s a Hollywood big wig with a solid acting under his belt.