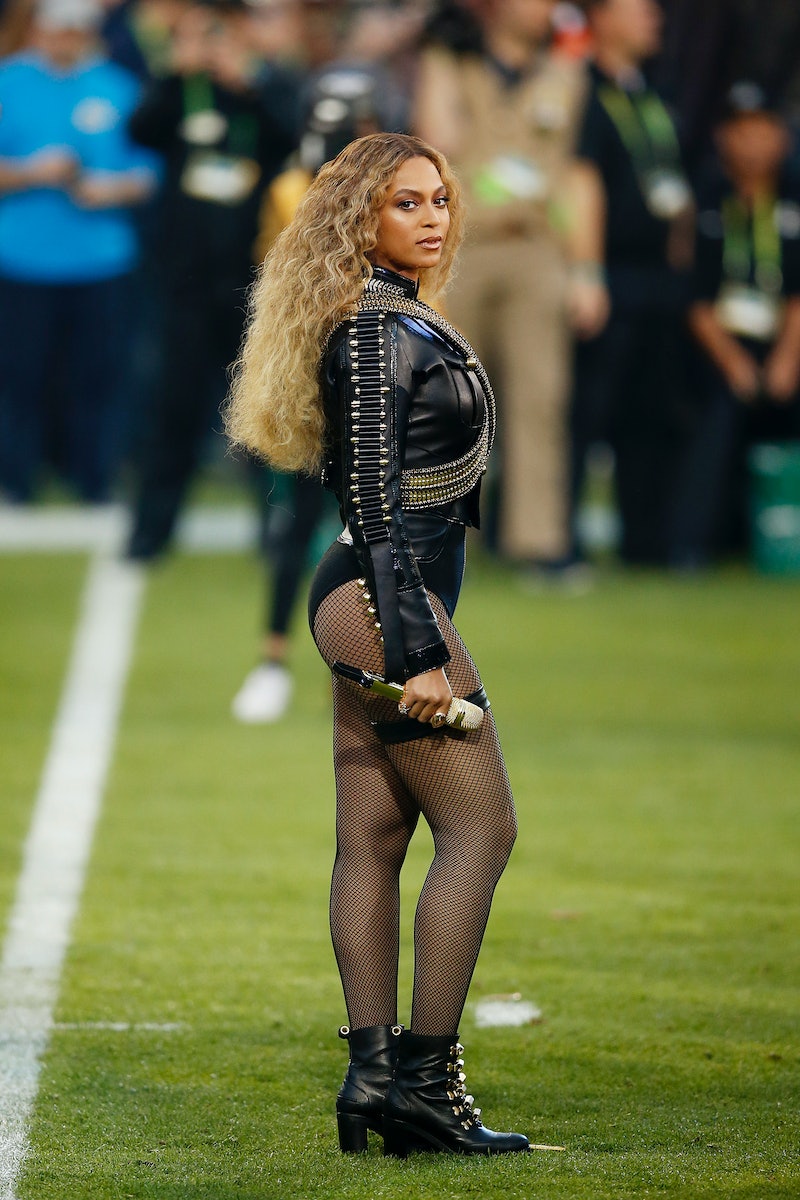 Beyonce joined her friends in Coldplay at the 2016 Super Bowl Halftime Show. It was a cameo for Queen Bey, who was actually the main event at the big game back in 2013. But she certainly made it memorable when she took the stage to be a part of this performance. At Super Bowl 50, Beyonce wore a black leather and gold chain outfit reminiscent of what Michael Jackson donned during his Halftime performance back in 1993. She paired the militaristic ensemble with long, blonde, and spiral curls. Of course the Internet reacted feverishly to the Queen Bey's homage to the King of Pop. Both have been fashion influencers of the highest order and it was an icon paying respect to a fellow icon.

The fact that Beyonce has been somewhat curiously absent from public view for the past few months meant that anticipation for her Super Bowl style was raging. She didn't disappoint; but then again, a true fashion influencer never does.

The world wide web had quite the response to the singer's look, which was military-inspired and oh-so-sexy. Fans noticed her homage to Jackson and many were impressed by this sweet and stylish tribute, throwing plenty of props her way.

Here are some of the funniest and most memorable reactions to Beyonce's ensemble.

This really isn't or shouldn't be a question... It was pretty obvious that Beyonce took her inspo from Jackson. She wasn't, like, hiding it! That's what makes it such a touching tribute.

Clearly, the Internet was well aware of Beyonce her fashion respects to the late King of Pop. It was a lovely and fitting tribute.

More like this
The Nike & Jacquemus Collab May Have Been Inspired By Princess Diana
By Frances Stewart
Dua Lipa’s Best Looks From Her ‘Future Nostalgia’ Tour
By Dominique Norman
23 Times Meghan Markle Dressed Just Like Princess Diana
By Bustle UK
The 10 Best Longline Sports Bras, According To Reviewers
By Danielle Calma
Get Even More From Bustle — Sign Up For The Newsletter