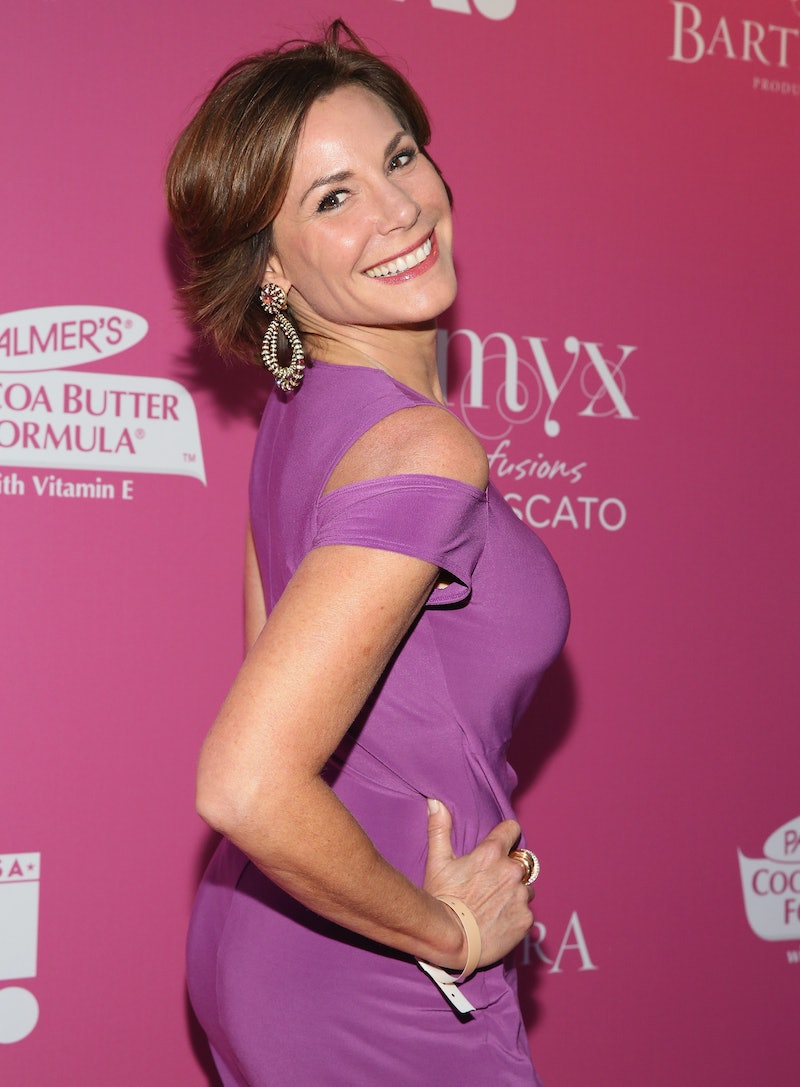 Well, another Real Housewives wedding is happening! LuAnn de Lesseps is getting married to Thomas D'Agostino Jr., The Real Housewives of New York City star announced while appearing on The FABLife. "I'm so excited," she gushed. "I found love the second time around. I'm so lucky. His name is Tom, he's wonderful." She continued, "He's really just my soulmate. I was married for 16 years the first time, and very lucky and had my two beautiful children and I never thought it would happen to me again, but I found love again, and I'm a hopeless romantic. So it looks like we're gonna get married."

Now, before her fans start freaking out, The Countess and her man aren't officially engaged yet, but it's happening soon. Her rep told E! news that "[D'Agostino's] still looking for the right ring." Even though she doesn't have a ring on her finger at the moment, it seems like it's all worth the wait. Plus, things sound pretty serious, especially if The Countess is already talking about her wedding.

In early January, there were rumors that de Lesseps and D'Agostino would marry. Ever since then, the reality star has been sharing pictures of her beau on social media. They definitely look happy together.

Ring or no ring, The Countess will soon be walking down the aisle. Here's hoping it's featured on Bravo, because that would definitely be the cool thing to do. Not to mention, I'm sure her RHONY co-stars want to lend a helping hand. Let's face it, they love interjecting and giving their opinions. Basically, they'd make the best wedding planners. Though, I doubt de Lesseps will hire any of them.

But, maybe she should...

Ramona Could Provide The Wine

Carole Could Help Write The Vows

She sure has a way with words.

Bethenny Could Cater It

I mean, she does know all there is to know about food — and everything else.

Heather Could Be The Director

I mean, could you really see her doing anything else?

Kristen Could Supply The Nail Polish

Just a little Pop of Color.

Dorinda Could Keep Everyone In Line

Because when doesn't she?

Sonja Could Bring The Party