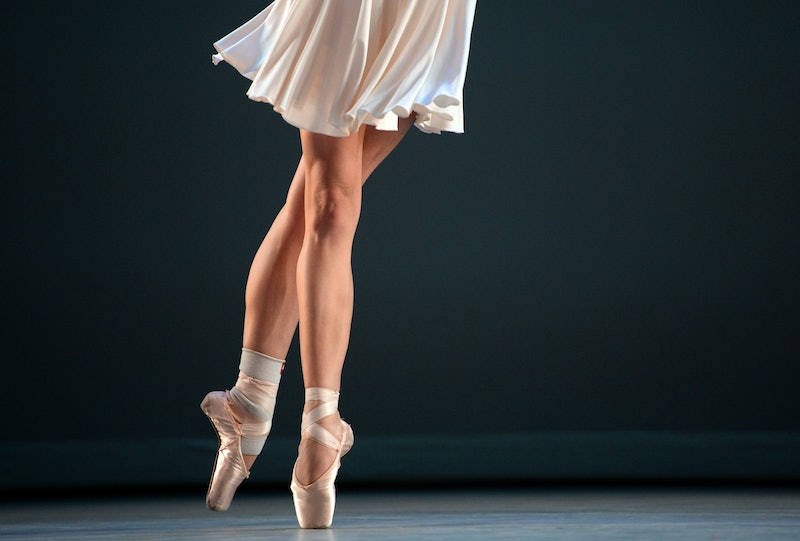 The world of professional ballet isn't known for being particularly diverse. Even in 2016, many professional ballet companies across the country remain largely white, and it wasn't until last year that Misty Copeland made history as the American Ballet Theater's first African American principal dancer. However, it may not stay that way for long, as long as aspiring Muslim ballerina Stephanie Kurlow has anything to say about it.

The Australian teen has been dancing since she was two years old, but she put ballet on hold after converting to Islam along with her family in 2010. Although happy with her conversion, Kurlow told the New York Daily News that she felt self-conscious wearing a hijab along with her tutu, and it was difficult to find a school that would meet the needs of a young Muslim dancer. In 2012, her mother opened a performing arts academy, the Australian Nasheed & Arts Academy, where Kurlow was able to renew her ballet study, but the 14-year-old continues to dream of attending a full-time dance academy.

Unfortunately, full-time school means full-time tuition, which is why Kurlow started a Launch Good page to fund her first year. On the fundraising page, she explains her dream of becoming the first ballerina to wear a hijab, as well as her eventual plan to her own performing arts school for dancers of different cultural backgrounds.

"In this day and age there is a lack of facilitation for youth who are disengaged or of a different religion or race... I want to encourage everyone to join together no matter what faith, race or colour," she writes. She goes on to cite her inspirations, including the first American hijabi news anchor, Noor Tagouri, as well as ballerinas like Michaela De Prince and Copeland.

Kurlow told the Sydney Morning Herald that her community has been entirely supportive, but she has faced her fair share of doubters, from fellow ballerinas that look askance at her hijab to negative comments on social media. However, she doesn't intend to let the naysayers deter her from achieving her dreams. "I know what I'm doing is right and I'm going to keep doing it," she told the Herald.

The campaign launched on Jan. 27, and at the time of this writing, Kurlow has raised almost $3,000 out of a $10,000 goal. You can donate and read more about Kurlow at her Launch Good page.