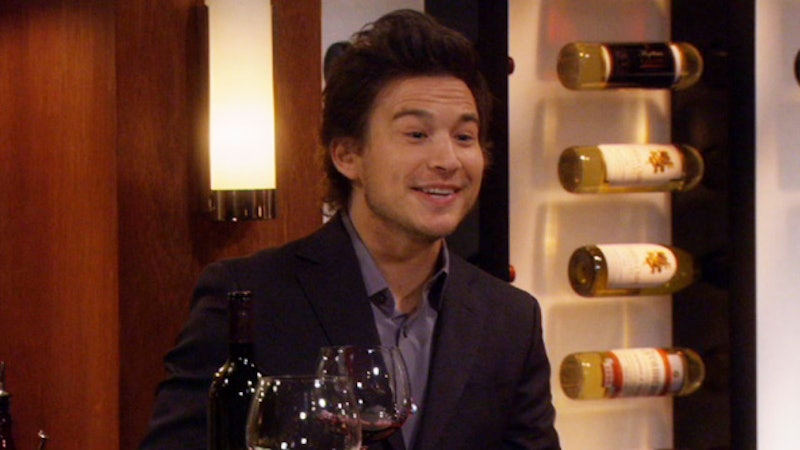 It is easy to tell what era '90s kid someone is by asking them one simple question: "Do you know who JTT is?" If said person was born before 1996, there is a good chance they will instantly start gushing — because JTT, or Jonathan Taylor Thomas, was every '90s kids' crush. As Home Improvement's Randy Taylor, the voice of young Simba in The Lion King, Tom Sawyer, and the sexiest Santa ever in I'll Be Home for Christmas, JTT was the snarky, adorable face of the '90s.

The fact that he grew up to be an ultra smart guy who went to Harvard University and Columbia University has only added to his appeal. Alas, JTT has opted to mostly stay out of the limelight these days. When it comes to social media he is a ghost and he rarely ever appears on TV outside of guest spots on his former TV dad Tim Allen's comedy Last Man Standing. What is a nostalgic '90s kid to do? Short of digging out your old JTT posters, your best option is to indulge in all the Jonathan Taylor Thomas throwback pictures you can find.

These photos are as elusive as JTT himself, but I have tracked down 16 classic JTT photos that will take you straight back to elementary school and the days when you had to look no further than the cover of Tiger Beat to find your number one celebrity crush.

1. The I'll Be Home For Christmas Days

Who knew an open-shirted Santa could be such a good look? I am sure only JTT could pull off this brave style choice while also leaning against a cactus.

2. Snuggling With A Puppy, Part One

JTT and that puppy are basically wearing matching sweaters. This photo needs to be added to the National Archive immediately. A moment this beautiful should be preserved for future generations.

3. Snuggling With A Puppy, Part Two

This collage is a thing of beauty, but its highlight is definitely JTT snuggling with another puppy. This one has no sweatshirt, but he is no less adorable. Plus, JTT's hair is on fleek.

4. Hanging With His Home Improvement Family

Baby, JTT! This is a look back to the moment your obsession began. Without the smart-mouthed, backward baseball cap wearing genius that was Randy, who knows if JTT would have owned the decade.

5. In Wild America, That Movie You Probably Forgot About

That's right, JTT did rugged roles too. Here he is with his Wild America cast mates. While you probably don't remember the movie as vividly as Tom & Huck, it is well worth a revisit.

This picture was taken 20 years ago, my friends. Let's not focus on that though. I prefer to coo over JTT's endearingly crooked bow tie.

This truly was one of the greatest movies of the '90s.

8. Casual JTT Making You Feel Bad For All Current Teens

I have no context for this photo, and I don't need any. JTT was the epitome of '90s cool, and this photo encapsulates every reason why.

A photo like this has the power to make your average '90s kid spontaneously combust from happiness. The only thing more popular than JTT during the '90s was Wrestlemania, a thing everyone inexplicably loved.

In the great dog vs. cat debate, JTT refused to choose sides.

12. Jedi Mind-Tricking You Into Drinking Milk

For JTT, I would drink an entire gallon.

13. Reminding You He Was Simba

Because he was, you know.

14. Being A Boxer Because Why Not?

Look, there was nothing JTT couldn't do. Also, he had to do a lot of photo shoots since he was in every teen magazine, every single month. The photographers had to get creative.

15. Snuggling With An Owl

There is no part of the animal kingdom JTT would not embrace. He was an equal opportunist animal cuddler.

The '90s teen heartthrob throne will always belong to JTT.

Even though JTT is rarely on your screens these days, his glory days will forever live on in your heart... and on the internet.

More like this
Alicia Silverstone Has Recreated An Iconic 'Clueless' Scene
By Frances Stewart
Everything To Know About 'Scream 6'
By Jack Irvin and Jake Viswanath
The 'Jurassic Park' Cast, Then & Now
By Arya Roshanian
You’ve Been Singing “Teenage Dirtbag” Wrong This Whole Time
By Bustle UK
Get Even More From Bustle — Sign Up For The Newsletter