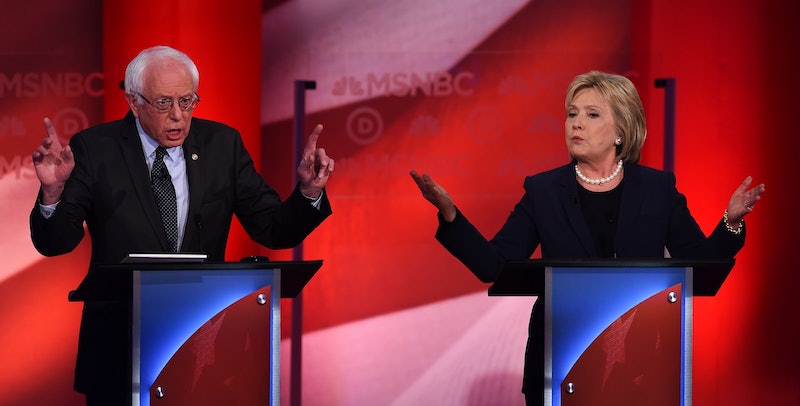 On Thursday night during the Democratic debates, the water crisis in Flint, Michigan, made its way to New Hampshire where both Hillary Clinton and Bernie Sanders were asked how they would handle the problem. While both were sharply critical of Gov. Rick Snyder of Michigan, Sanders went a step further, bringing racism to the fore as the culprit for the inadequate national response. "One wonders if this was a white suburban community what kind of response there would have been," Sanders said. "Flint, Michigan, is a poor community. It is disproportionately African-American and minorities, and what happened there is absolutely unacceptable."

Sanders also called for Snyder's resignation "because his irresponsibility was so outrageous," he said during the debate. Sanders launched into one of his trademark impassioned speeches:

While Clinton also issued a strong rebuke of Snyder and denounced his handling of the Flint water crisis, she never brought up the issue of race — and that may ultimately, cost her tonight and in her quest for the Democratic nomination. Throughout the race, Clinton has had an edge over Sanders when it comes to voters of color, but Sanders' comments on Flint may have just changed that.