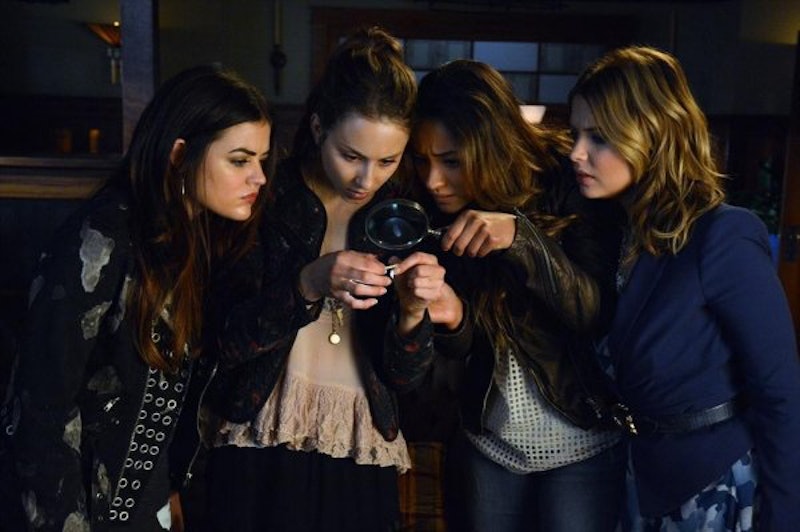 The last few episodes of Pretty Little Liars have been relatively mellow. Yes, important/awesome stuff has happened, but I’ve been waiting for a big, WTF thing to go down. A thing everyone wants to talk about the next day. A pig in a trunk, Spencer going “crazy,” Hanna and Aria pushing a cop car in a lake… something amazing and unexpected and bonkers. That’s PLL’s style. Last week's bizarre plate-throwing scene was a solid effort. Really, really dug that. It might be my favorite moment from the second half of season 4 (subject to change as the season continues, duh).

This week? PLL did what it does best/what I've been waiting for it to do for weeks: It took things to a BATSHIT place. EzrA raised hell all over town. He nearly killed Emily’s dad. He drugged Hanna. He ordered a bottle of BOARD SHORTS ALE. Huge episode.

Let's check in with each of the Liars:

Oh my god. Hold up. His weird cabin has a basement. I bet there's a well in that basement.

As far as I'm concerned, Ezra's a tiny dog away from becoming Buffalo Bill.