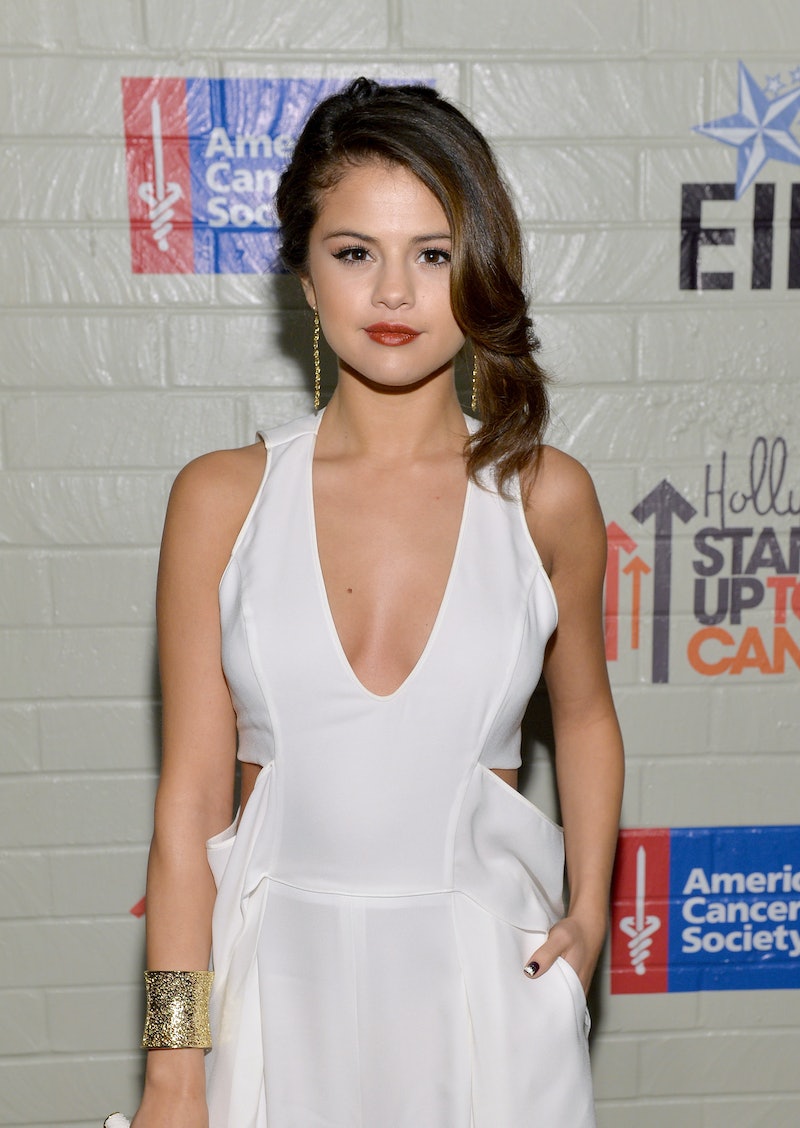 Selena Gomez and Lorde were both included in Seventeen's “17 Most Powerful Girls Under 21” list (and we have an opinion about that) — but since Selena was ranked in the number one spot, she gave an interview about her thoughts on girl power. However, we couldn't be more pleased that the "Slow Down" singer gave credit where credit is due to our new favorite role model for girls, Lorde. Selena Gomez says that although Lorde "doesn't really like" her, her message is empowering and that's the important thing.

"There is one artist that I think is very powerful," Selena says. "She doesn't really like me, but that's all right. Her name's Lorde and she's really cool. I mean, I do think her message is very powerful. She's very young but she's got a lot to say and that's great, so more power to her."

If you need a reminder, Lorde voiced her opinion about "Come & Get It," and said that as a feminist, she took issue with how women are portrayed in Gomez's song. Gomez's response to Lorde's comment was a bit critical, but ultimately ended in praising Lorde's talent and predicting that she'll take over the music scene soon — and now with two Grammy awards under her belt, the "Royals" singer has started her rapid ascent.

While the two stars certainly don't have to be friends, it's refreshing that Selena cut to the chase and admitted that Lorde may not be her biggest fan — which is ok. What is important is Lorde's empowering message to young women, and I think it's great that Selena put that front and center.

Gomez also voiced how she finds her own girl power.

If you're able to look yourself in the mirror every day with the decisions that you make, that's where power starts," Gomez said. "And sometimes you'll have moments where you feel weak, but they're supposed to encourage you. They're supposed to push you and motivate you. I feel like that's something that I always try to do is look at myself in the mirror and really what I've done and every day what decision I want to make.

You can watch Gomez's interview below: