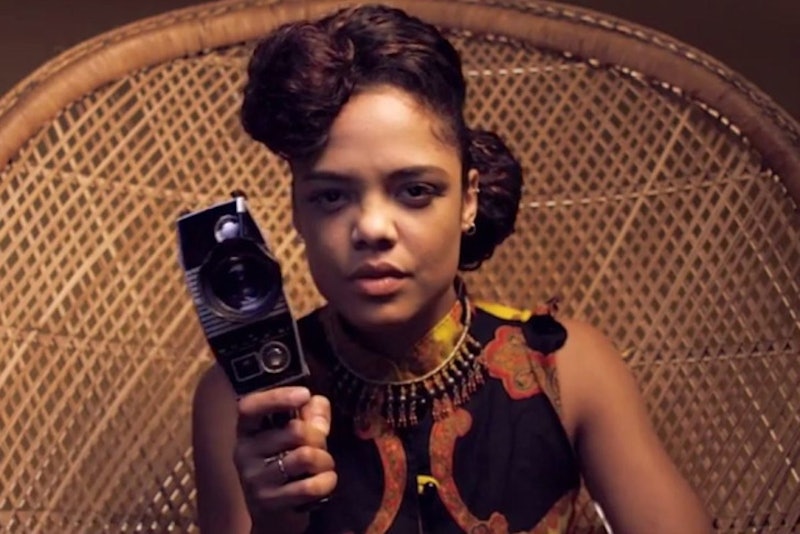 Last year the #OscarsSoWhite hashtag surfaced with hilarity, indignation, and a bone to pick with the Academy when the nominations lists for the Oscars failed to reflect the diversity of the film industry. Of course, the grievances don’t begin and end with which actors and films are being nominated at the Oscars. The myriad issues of representation and inclusion in Hollywood extend far beyond the Oscars, including the offensive casting calls, a lack of nuanced roles for actors of color, and a lack of financial support for films by and about people of color, among other issues.

The past few years of homogeneous Oscars nominations isn’t anything new though. Hattie McDaniel was the first black actor to win an Academy Award in 1939. She won for her role as Mammy in Gone With the Wind. Since then only five black actors have won Best Actor/Actress and only three black directors have ever been nominated for an Academy Award for Best Director. None have ever won. The Oscars have been around for 86 years. The numbers for other people of color is even more bleak.

There’s clearly a representation issue in Hollywood, and viewers, actors, directors (and even woke critics) are kind of fed up with it. Maybe you are too. Maybe you’ll skip the Oscars this year to show the Academy and the producers just how fed up we all are. But before you put away the bowls of popcorn and bottles of champagne, and send home your crew of fellow amateur critics, consider an Oscars alternative.

Books, of course! Whether you’re boycotting the Oscars with Jada and Spike or you just aren’t that excited for the films on the nomination list, you can still get your dose of the red carpet with these books that celebrate and educate about the marginalized people in the film industry.

2. Reel to Reel: Race, Sex, and Class at the Movies by bell hooks

hooks’s collection of essays on film is as much a love letter to some of her favorite films as it is a criticism of racism, sexism, and classism in film. If you’ve ever felt guilty for caring about movies so much, hooks’ deftly shows why movies are important and why representation in movies is even more important.

How can you not want to read a book about “guerilla filmmaking?” Facing financial troubles, arrests and even death-threats, Melvin van Peebles and his crew really were engaged in guerilla filmmaking. But after Sweet Sweetback’s Badass Song’s wild success, a whole era of daring Blaxploitation film followed.

4. Is Everyone Hanging Out Without Me? by Mindy Kaling

Sometimes Mindy Kaling is exactly the exact awkward, lovable voice of this generation that you need to hear when the Academy seems to still have its head up 50 years ago. Kaling’s rise in the entertainment world reflects what this generation is looking for in its entertainment, and reading her essays feels like talking to your best forward-thinking friends. So, if you’re looking for a laugh and a good time with a dope POC in the industry, this is the one to pick up.

5. Why Not Me? by Mindy Kaling

That’s right, I’m putting both of her books on this list. While her first book talked more about her rise in Hollywood, Why Not Me? reveals what it is like to be a woman of color in Hollywood. But seriously, why not Mindy Kaling?

6. Year of Yes by Shonda Rhimes

Rhimes is a powerhouse in the television world right now, and she’s doing it with large casts of color (and that includes the lead roles!). Year of Yes isn’t exactly a critical look at representation in media, but Rhimes is a breath of fresh air in an industry choking with mis- and under representation of people of color. So, reading her motivational book about how she let go and became the Shondaland badass she is now might be just the thing to help you breath out your anger (woosah...woosah…) at #OscarsSoWhite and bask in the greatness that is Shonda. Let's face it, you're already feening for more Shonda after that last episode of Scandal anyway. Might as well get your fix here.

7. Black is the New White by Paul Mooney

Paul Mooney’s been around for a while. He’s one of the funniest comedians on the scene, and he has been since he first road into Hollywood at the side of Richard Pryor. His own brilliant path, primarily behind the scenes, paved the way for many comedians of color. Along the way his comedy has always been as hilarious as it is a biting indictment of race and racism in this country. Black is the New White is no less hilarious and no less honest than his comedy.

EGOT-winner Rita Moreno was a bright star of the Golden Age in Hollywood, but despite her fame and talent she was often typecast in “ethnic” roles. Despite coming up against racial and gender barriers, and struggling behind the facade of a perfect life, Moreno’s story was not to be one of the myriad tragedies of Hollywood. Here she tells her story from her youth in Puerto Rico and New York to the glamour of Hollywood.

In 1954, Dorothy Dandridge became the first black woman to be nominated for an Academy Award for Best Actress for her lead role in Carmen Jones. From the outside her life looks like all glamour and success, but behind the scenes she struggled professionally and personally, running into professional roadblocks because of her race and because of her involvement in what were “controversial” films at the time.

OK, so it's not a book, but it'd be a great way to kick off your #OscarsSoWhite boycott. If you haven't already watched the first part of the speech that Sacheen Littlefeather gave (to a few boos that were quickly drowned out by applause) on behalf of Marlon Brando when he refused his Oscar for The Godfather in 1973, then read the rest of the speech penned by Brando here (see, it's still reading!)

More like this
The Biggest Differences Between 'Bullet Train' & The Book It’s Based On
By Arya Roshanian
What’s New On Netflix: 'Never Have I Ever' & 'Indian Matchmaking' Return
By Arya Roshanian
At 14, Rachel Sennott Had A Sexual Awakening While Reading 'Twilight'
By Samantha Leach
Christina Perri Reacts To Her 'Twilight' Song Being One Of YouTube's Most-Viewed Ever
By Radhika Menon
Get Even More From Bustle — Sign Up For The Newsletter