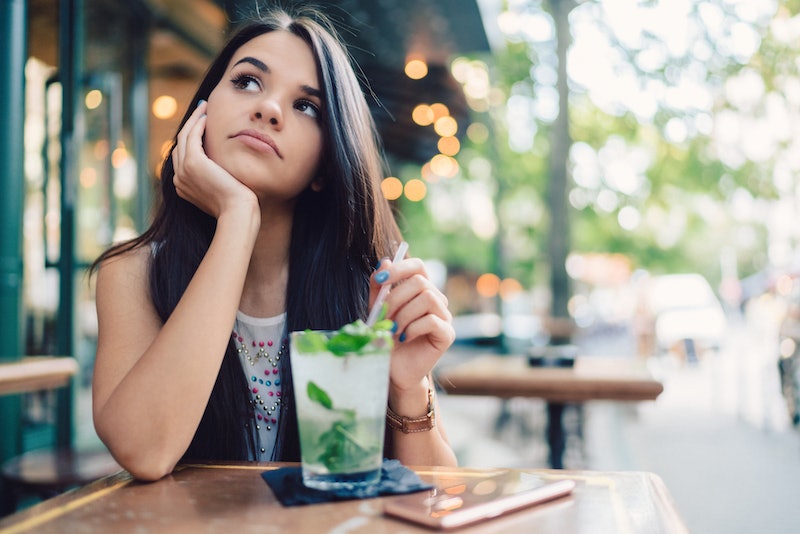 If you've been dating your significant other for a while, or you're on the other end of the spectrum (eternally single) you might have gotten the same question from gossipy family members during your holiday gatherings — when will you decide to get married? But despite their views, not everyone of a certain age should be getting married — and you might have realized at this point that you're not meant to get married. And you know what? That's totally OK. Similar to the "when will you have kids?" question that married couples hate to answer, having someone else randomly advise you on life plans is often awkward. When was giving this information considered necessary? Marriage is a big deal, and it's your decision as to whether or not you'd be happy with tying the knot.

While tabloids used to harp on celebrity couples like Goldie Hawn and Kurt Russell, who have been together-yet-unmarried since 1983, and Oprah and Stedman, who have been paired since 1986, they've seemingly backed off in recent years. While everyone likes reading a good wedding story, it's realized that lack of marriage doesn't necessarily mean that these celebs are living a terrible, loveless life. Instead, they're doing what works for them. Why has Oprah never married Stedman? Who knows — it's none of our business.

It's ridiculous to think that an unmarried woman in their 30s or 40s is a lost cause. The idea of marriage simply doesn't suit some people, which is absolutely fine. You don't need a ceremony and a piece of paper to prove you're any more stable or happy than someone else.

If your gut is telling you that marriage just isn't for you, trust it. Here are a few signs that you'll be happiest either solo, or with a long-term partner that has no problem referring to you as his or her partner rather than wife.

1. You have problems with compromise.

While it sounds negative, there's nothing wrong with it. But if you're used to doing things your way, and the thought of someone loading a dishwasher incorrectly sends legitimate shivers down your spine, you probably realize that being part of a married couple might just make you miserable. You have a set way of doing things, and you're more than thankful for a partner who understands — but if they try to interrupt your schedule, or tell you how "their way" is far superior, you'll end up being pretty resentful.

2. Relationships seem to be more trouble than they're worth.

You like being in a relationship, but you also like the freedom of being out of a relationship. You don't ever feel like you've met someone who "completes you" or "makes you a better person." In general, it's just nice having a companion. Maybe you've never felt the emotion of true love, and realize that you've only reached the level of "extreme like" with the people you've dated. You've just never seen a "house with a picket fence and two children" situation with anyone you've been romantically pursuing before.

3. You come up short when imagining your "dream wedding."

They say that every girl dreams of theirs, but you never put two thoughts into it before. It's not an ultimate goal that makes you happy — in fact, it makes you a little angry. When you catch yourself watching wedding shows on TLC, you find the whole practice to be a little ridiculous. Wedding colors? Linen type? Who cares?

Granted, many women don't have an exact idea of what they want, but they look forward into diving into post-engagement research when the time comes. For you, the whole process seems like a never-ending nightmare. Even a courthouse wedding seems a bit unnecessary.

4. You have commitment issues.

Again, not a bad thing if you're upfront about it. If you honestly can't imagine being with one person for the rest of your life, you might just not be meant for marriage. Marriage is the ultimate commitment. If you know you won't be happy taking vows that you don't necessarily believe in, then you might want to consider alternative options.

5. You have a strong sense of independence.

Everyone should, but if you're in the camp of "I can already do everything fine by myself," you may not really appreciate the perks of marriage. In fact, they may end up bringing you down. You don't need help paying bills, you've managed your finances perfectly, you're an all-star at work, and being tied to someone else might just end up destroying what you've already built up.

6. You don't look at marriage in a positive light.

If you grew up with angry parents, or an awful situation with divorce (and many of us have) you might not look at the concept of marriage and see "happily ever after." Your own experiences within your family will definitely paint a picture for you. While not all marriages are the same, and even if you vow to do everything your parents didn't, the process of saying "I do" might still bring up some pain.

Even if you've had a lot of friends who seemed happy and then went through turbulent divorces, you might want to avoid the whole marriage thing all together. And that's totally OK.

You don't believe in the "first comes love, then comes marriage" blah blah blah baby carriage saying. You're totally fine with the idea of having a baby solo, or never having a baby at all. You don't live your life for parental approval, and prefer dancing by the beat of your own drum. You'd rather have a partner you can depend on, who doesn't necessarily believe in labels or societal norms. And nobody should make you feel bad about that.

8. You're happy with things the way they are.

Why change something that's already good? Redbook claims that our girl Goldie Hawn once said on the program Chatty Man that "The wake-up call every day is, 'Do you I want to be with this man? Do I want to be in this relationship? Am I willing to give something? How can it flourish and do I want to be there?' Any marriage, any ceremony, any ring will not define that truth."

Not getting married doesn't mean that you're incapable of loving someone else. It might just mean that you have your own definition of love and companionship.