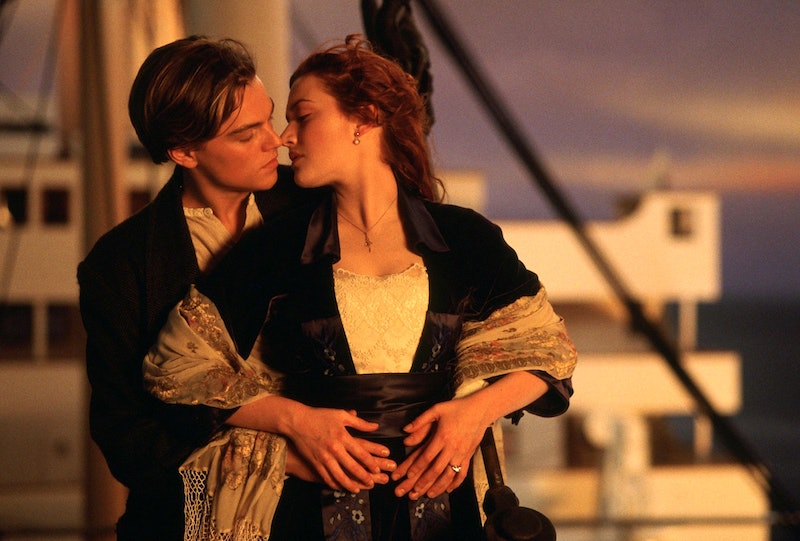 In my book, Titanic is an immediate classic. Not only did the 1997 film score itself 11 Oscars wins — including Best Picture — and three other nominations, but it also managed to help launch the careers of Kate Winslet and Leonardo DiCaprio (even more than their careers were already taking off). While, yes, the facts of the movie versus the real life event can be argued, that doesn't stop me from loving the overall experience of the film. Why? Well, because for me, enjoying a movie is all about leaving reality at the door and getting engulfed by the magic of it all. And, considering that nothing in the film blatantly comes across as being outright fiction, the slight nuances don't interfere with my movie watching experience. That's why I will always have the inherent need to watch Titanic over and over again.

In fact, I have probably lost count of how many times I have watched the film at this point. When it first came out, I was just a mere child (meaning I wasn't exactly allowed to see it in theaters). However, I have watched it on television, VHS, and DVD ever since I could, and, fun fact, there actually was a time when I believed that Jack and Rose's love story was true. But now that I know it's just a beautiful story, that doesn't seem to take it away from me one bit. Here are the reasons why.

1. It's Based Off Of An Actual Historical Event

As I mentioned earlier, the story between Rose and Jack is (sadly) not true. However, an "unsinkable" cruise ship named the Titanic actually did hit an iceberg and come to its ultimate demise. And, honestly, that fact alone is what makes the story so intriguing. What could spark more fear and curiosity into a viewer than the mere knowledge that something like that really happened?

2. It Proves That Money Isn't Everything

It doesn't matter if you were riding the Titanic first-class or not; both Jack and Rose found happiness and love in each other. And, yes, Jack probably would have had an easier time had he been of a higher class, but overall it was Rose's unhappiness and clear rich girl problems that really put the meaning of life into perspective. In the end, everyone aboard that ship was faced with the realities that were life and death — no matter how much money they had in their bank account.

3. Chivalry Is Not Dead In This Movie

He may spit over a railing and gamble for his boat ticket, but Jack is a low-class man still totally full of class. From saving Rose's life to attending fancy parties with her, Jack shows us exactly how a man should be when he's courting a lady. He's not too perfect, but still 100 percent respectable. Take note guys of the modern day.

4. The Heart-Pounding Action Is There

Every single time I see the boat turning vertical, my heart starts to beat just a little bit faster. It's terrifying and exhilarating to watch. And I'll never get sick of it.

5. The Movie's Villain Is Too Real

Cal is the person we all know and fear, the rich, money-hungry, and powerful person who only has their own interests in mind. And his signs of early-on abuse towards Rose makes his character even more chilling.

6. I Will Forever Want To Party Like They Do In The Movie

Some laughing, dancing, and good beers are really all you need for a swell party. Why can't modern day bar scenes be like this one?

7. This Moment Is Movie-Making Gold

Romance, beauty, and some amazing music from Celine Dion? Yes, please. This moment puts a smile on my face every. damn. time.

There's nothing better than a man appreciating a woman's body for more than just a sexual relationship. This scene is perfection in every way. "Draw me like one of your French girls."

As soon as Rose and Jack are about to go under with the boat, Jack tells Rose to hold her breath. At that exact moment, I like to hold my breath, too. Yes, it's a movie, so we don't actually know if the timing of how long they would be underwater is correct, but it's fun to figure out if I would live or not in that situation.

10. This Scene Will Forever Be The Perfect Tearjerker

In the mood to cry? Need something to really motivate those tears to flow out of you? Well, there's nothing like watching tons of people face their imminent, historically accurate deaths while a cruise ship is sinking. In fact, the specific fates of the old couple going to bed and the orchestra playing on the ship until it totally goes down, are true stories from the actual horrific event. And, if you didn't already know that, now go and try watching those few seconds of the film without welling up.

Seriously, this moment is too hard to bare sometimes. But I still can't. look. away. I'm also completely guilty of reenacting this scene numerous times with the help of pool tubes — not going to lie.

Every time I watch this movie there is one thought on my mind: Jack could've totally fit on that board with Rose. Yes, there is the whole issue of balancing out the weight distribution properly, but, honestly, she could have at least volunteered to switch places with him for an hour or two or something. In fact, even Rose herself has pointed out how ridiculous Jack dying actually was. "There was plenty of room on the raft. I know, I know," Kate Winslet recently shared on Jimmy Kimmel, "I agree, I think he could have actually fitted on that bit of door."

With his inevitable charm, that baby face, and his swoon-worthy courting techniques towards Rose, this movie will make you fall in love with Leonardo DiCaprio (that is, if you aren't already in love with him). And, just... Look at him.

Now, excuse me while I add watching Titanic to my to-do list again.