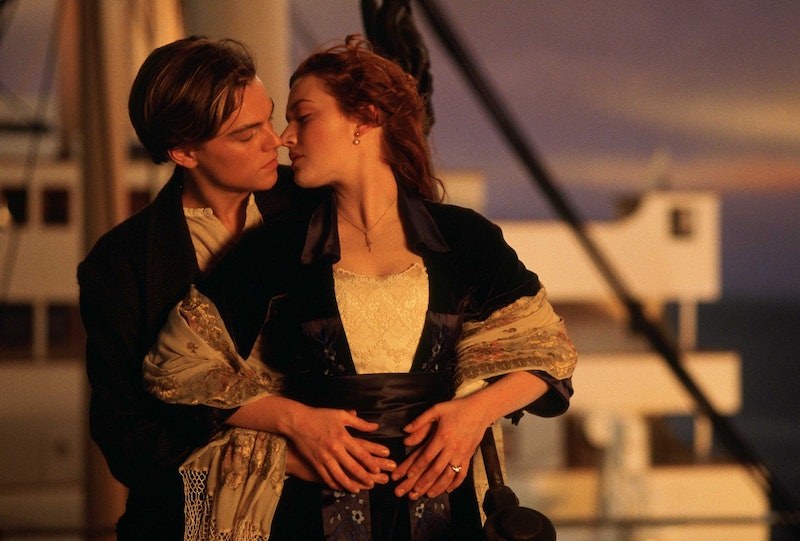 It's been 18 years since the release of Titanic , and fans still can't get enough of the film. I know I can't — I still try to get my dose of Jack and Rose's epic (if also far too short) love story at least once a year. But while I tend to take the film at face-value, not every Titanic fan sees the movie as a straightforward piece of historical fiction. In fact, there are plenty of fan theories on the internet that seem to call into question just about everything that we think we know about Titanic. What do all of these theories have in common? They question just who Jack Dawson (played by a young, extraordinarily good looking Leonardo DiCaprio) is, and considering he's the biggest mystery of the film, it makes a whole lot of sense.

Unlike Rose (Kate Winslet) and her high-society friends, Jack is all but a stranger on the Titanic — the researchers later say that there's no record of him ever being on the ship, probably because he won his ticket in a gambling game in one of the film's earliest scenes. But while the "poor kid on the run" thing is what the film sets up, fans aren't so quick to believe that's all Jack is. Here are four theories that will blow your mind and make you see Jack in a totally different light... but it won't make you want to stop looking into his eyes.

Buzzfeed reported on this crazy theory found on Tumblr, and it makes a weird amount of sense. As the theory goes, Jack traveled through time to stop Rose from killing herself. But while Jack does stop Rose from jumping off the ship, this fan theory suggests that he does to ensure that the Titanic will sink. Why? Well, if Rose jumped, the people on the ship would most likely stop their course to conduct a search party, which would put them off track to hit the iceberg. Other evidence that Jack might not really be a citizen of 1912? His knowledge of things like the roller coaster at Santa Monica pier... which wouldn't be built until 1916.

Theory #2: Jack Didn't Exist At All

If Jack wasn't a time traveler, then maybe he didn't exist at all. As Yahoo Movies suggests, there's a real possibility that Jack was simply a figment of Rose's imagination, one she used to cope with her arranged marriage and, later, the sinking of the Titanic. We know that Rose isn't the most stable girl in the world and that Jack saves her from a suicide attempt. But what if it wasn't a real person at all, and instead was the voice inside Rose's own head begging her to cling to life? As Yahoo Movies puts it, Jack could very well be a piece of Rose's "fractured psyche," something she invents to cope with her wealthy jerk of a fiance and her upcoming arranged marriage. We know that there's no record of Jack on the ship, and that he exists only in Rose's memory. We see the entire film from Rose's perspective, so who knows if Jack was ever really on the ship at all?

If you believe in a little something called the multiverse theory, then you already know where this is going. According to Tor, Jack could have gone on to be F. Scott Fitzgerald's great literary figure, Jay Gatbsy. Let's say that there's a parallel universe in which Jack survived the sinking of the Titanic, yet separated from Rose after the ship. After tasting the high life, he could have wanted the same fate for himself and searched for another woman like Rose and another way to get in with the upper crust of society. Unfortunately, his fate is always the same, and he dies young as Jay Gatsby, in connection to his relationship with yet another lover. At least he gets to drink champagne in both stories.