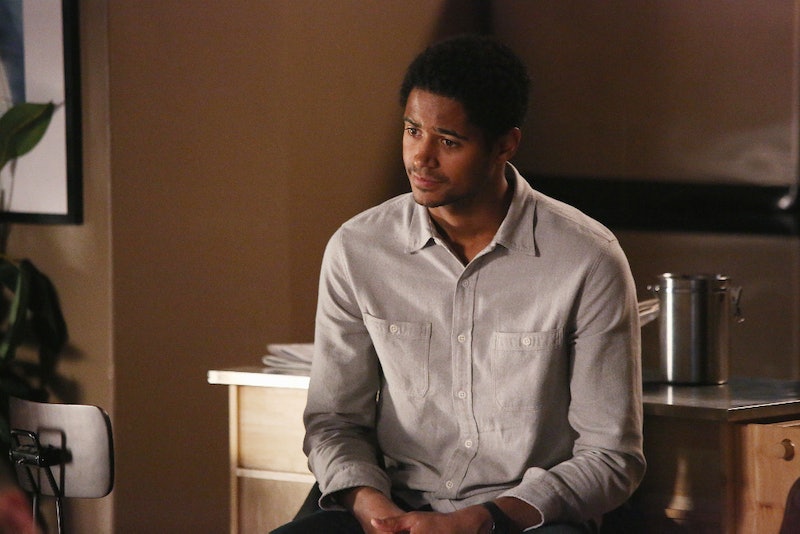 In the midseason finale, Annalise whispered "Christophe" after Wes shot her — and it immediately cut to a scene where a little boy was being questioned by police about his mother's death while Annalise and Eve watched on, horrified by "what they had done," in another room. The child actor playing Christophe had Alfred Enoch's "confused & curious" face down pat, so is Christophe definitely Wes' real name? We know his mother died when he was young, and it makes sense that Annalise was somehow involved, given their connection.

That's definitely the most likely scenario, but knowing How To Get Away With Murder, we have to at least consider a few alternate possibilities. This season already has one secret sibling. What if Christophe is Wes' brother, or cousin? I doubt that this is a random flashback unaffiliated with Wes — like a regret that Annalise decided to mention while her life was flashing before her eyes — but if any show were to do that, it would be this one.

It's an interesting name, Christophe. It sounds, like so many things on this show, like something out of your summer reading assignment. I don't know any people with that name in real life other than eccentric actor Christoph Waltz. It is rather European and old-fashioned for a millenial law student. Then again, Wes was born in Haiti, so it would make sense that he would have a French name. Overall, I think it's pretty safe to assume that Christophe and Wes are the same person, but if I'm wrong I won't be surprised either.

So, if Wes and Christophe are one and the same, why did he change it? Is he in some kind of witness protection? Is his last name really Gibbons, or something else? What were Annalise and Eve, presumably while they were in law school, doing in Haiti? Like any good twist, it raises so many more questions than it answers.

No matter what the truth ends up being, this still reinforces the connection between Annalise and Wes that has been felt since the first episode. I like the fact that these kids were brought together by fate, destiny, or someone's overarching plan. This show is like the YA novel The View From Saturday, but with murder instead of QuizBowl. How To Get Away With Murder knows how to infuse every reveal with a sense of gothic drama, so I can't wait to see what they have in store next.