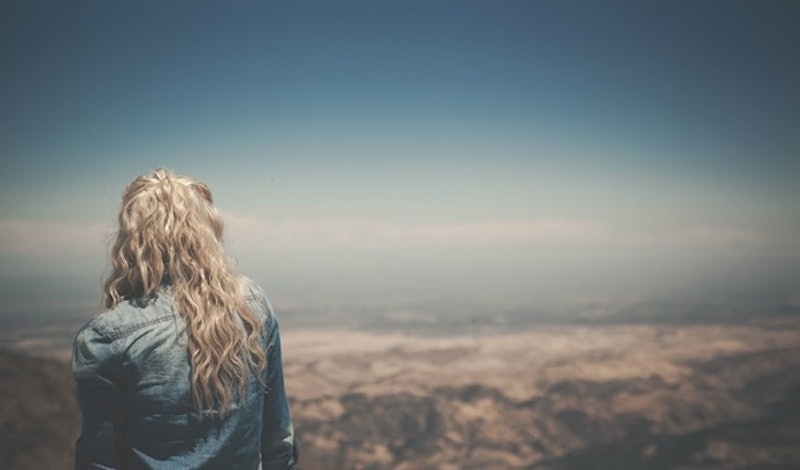 We live in an era where more people than ever before are taking a pass on parenthood — according to a 2015 CNBC story, birth rates among twenty-something millennial women fell 15 percent between 2007 and 2012, and the U.S. Census Bureau reported in 2014 that 47.6 percent of American women between the ages of 15 and 44 had never had children. Though these statistics don't mean that all these women will skip childbearing forever, surely these numbers are high enough that we can finally retire the criticism that not having kids is selfish. I mean, would anyone dare to call almost half of American women "selfish"?

If you said "no": I am sorry to report that you have a little too much faith in your fellow human beings (is today your first visit to the Internet, by any chance?). The record numbers of people refraining from reproducing has done seemingly little to quash the idea that childfree folks are self-involved, narcissistic nightmare-beings from Planet Disposable Income.

Even the Pope weighed in on the issue in February 2015, saying, "The choice to not have children is selfish. Life rejuvenates and acquires energy when it multiplies: It is enriched, not impoverished." The shock wasn't that the Pope thought this; it was how similar his words sounded to many recent mainstream articles on the subject. (Like in 2015, when YourTango blogger Brit Tashjian told women who skip having kids that "what you’re really saying is that you’re an island, the only one worth serving, that your offspring are not worth your blood, sweat and tears.")

Comments like these that make us childfree types sometimes just shrug and say "I'm selfish! I'd be a bad mom!" in order to free ourselves from a conversation with a stranger who has taken inappropriate interest in the fruits of our womb. But we shouldn't have to insult ourselves or feel bad about making the choices that are right for us. So, because it still needs saying, here are five reasons skipping having kids doesn't make you selfish.

1. Selfishness Is About Privileging Your Own Needs Above Actual, Existing People

Quick question: who's the most selfish person you know? And what makes them so selfish? The way they never ask about your day? The way they are currently letting their dishes grow moldy in the sink, even though it is their turn to wash them? The way they unload all their problems on you, but always "have a doctor's appointment" whenever you want to talk about your problems, even when it's 11 p.m. on a Saturday?

OK, so what is the common quality between all these outstanding individuals? Answer: they privilege their own needs consistently above everyone else's — so, say, their need to enjoy uninterrupted post-work relaxation overrides your need to live in a house where there is not peanut sauce turning into sediment in your kitchen sink.

These sterling examples of actual selfishness show that not having kids is not selfish, because not having kids does not interfere with the needs of any currently-living individual. If you choose to not have kids, sure, you're ignoring your non-existent children's need to be born — but luckily for you, they don't exist, so they can't complain about it very loudly. As writer (and father) Bret Spears put it on the Huffington Post, "Selfishness is morally deleterious because of an imbalance whereby the good of one is improperly subjugated to the good of another. But, in the case of whether or not to have kids, there is no other self to be accounted for."

2. It Assumes That Childfree Women Are Shirking An Obligation

And what exactly is that obligation? Tucked into every declaration that people who don't have kids are selfish is the implication that women who don't have children are lying down on the job and skipping out on their natural obligation to engage in a lady's most important job and make some babies already.

It ties into the point above — how can skipping kids be selfish if your kids don't even exist? Because people who complain that you're selfish for not having kids aren't really interested in the wellbeing of your imaginary children (whom I have named "Rainbow Tesla" and "Philomena Hoobastank" for your convenience). They think you're selfish because you're not holding up your end of the bargain — you know, the bargain you didn't sign, that said all women should have kids, no matter what they think, feel, or want for their own lives? Yeah, that bargain.

As Maya K. Francis wrote in Philadelphia Magazine, "At the root of these articles is a long-held societal stance that women are obligated to have children, and that deciding not to makes them selfish or worthy of condemnation or alienation." People who say that the childfree are being selfish tend to really mean that women without kids are ignoring their duty to do what society tells them to, no matter the personal consequences. Doesn't quite sound like they're "just trying to help you" or "make sure that you don't miss out" anymore, does it?

3. Saying That Skipping Kids Is "Selfish" Makes It Sound Like Kids Are A Punishment

It's "selfish" to try to get out of the things in life that are annoying/boring/unpleasant but important to the people you care about — like, say, helping a friend move, or going to your roommate's exquisitely dull slam poetry reading. But as Jill Filipovic noted in The Guardian, "Many parents choose to have kids not because having kids is a socially-required slog, but because the process of raising a tiny human into an adult sounds challenging, exciting and transformational."

So framing having kids not as an exciting, scary, enlightening experience that is right for some, but rather something that it is "selfish" to avoid ... well, when you say that, you're basically comparing raising children to attending a slam poetry reading that goes on for 18+ years. Who hates kids now?

4. The Word "Selfish" Is Really Code For "Women Failing To Have It All"

Let's play devil's advocate for a second — even if skipping kids did make you "selfish," why would it matter? By this logic, you're "selfish" every second you choose to do what you want to do, instead of being in service to someone else's needs and/or doing exactly what societal scripts tell you to. People sometimes do expect women to live up to this standard, but it's a line of thinking that is hurtful to everyone, including (especially) mothers themselves.

Parenting blogger Amy Oztan writes in Time's Motto blog that "You don’t owe anybody an explanation for why you can’t do something ... There’s no shame in wanting to put yourself first. Do it unapologetically. There’s no prize for who depletes herself the most in the name of doing everything for everybody. That person just dies exhausted and unfulfilled. Don’t be that person." Oztan is talking to mothers who feel obligated to do it all, but we could all stand to take this message to heart, whether we're talking about the decision whether or not to parent, or the decision to take on too much at work.

The system that says childfree women are selfish is the same system that tells mothers that the only way to properly take care of their children is to run themselves into the ground with no help from anyone else, as anything less would be "selfish" and catastrophic to their kids. We don't need to buy it, just to prove that we're "normal."

5. There's Literally No Choice You Can Make That Won't Make Someone Call You "Selfish"

I know that none of you are making major life choices based on whether strangers on the Internet/your drunkest relative at Thanksgiving will call you selfish. But if you're feeling guilty or bad after people tell you that skipping kids is selfish, know that basically everyone else making any other reproductive choice gets called "selfish," too. Have one kid? You're selfish. Have more than two kids? Perfect ... just kidding, some people definitely think that you are selfish, too! Did you have kids later in life than some people feel is appropriate, and think you'd somehow get away with it without being insulted? Fuggedaboutit — that starts with an "f" and that rhymes with "s" and that spells "selfish"! Yes, ya got trouble, right here in Uterus City!

Selfishness is such a personal and arbitrary category that you could apply it to literally any choice anyone makes at any time. As you make the decisions that shape your life, you're going to choose plenty of things that are right for you and also happen to make random strangers sick with rage (presumably because they don't have a more enriching hobby that getting sick with rage at strangers). We can't build our lives around pleasing these folks, and it would be foolish to try. Focus on something better — like building a life that's fulfilling to you. Or, at the very least, building a life that's not focused on choices made to placate your angriest Facebook friends.