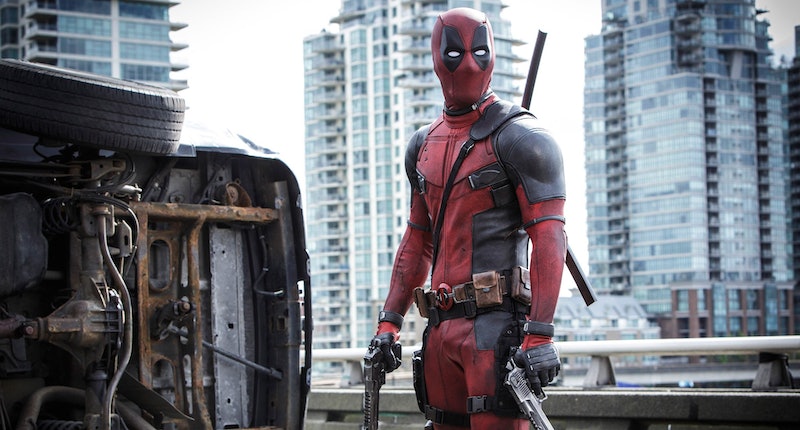 Deadpool has an awfully scary name for a guy who dresses up in red spandex and likes to make wisecracks about a teenage girl being pressured into sex on prom night. On the other hand, it's an entirely appropriate moniker for an indestructible assassin, and in the new movie Deadpool, the superhero's first solo outing on the big screen, fans get to see all sides of the reluctant X-men, from Wade Wilson, his pre-mutant assassin past, to Deadpool, his new superhero self. Wade Wilson, itself, is a fun name (the alliteration must kill at parties), but Deadpool is definitely the more memorable of the two names, and begs the question, how did Deadpool get his name?

To understand how Deadpool got his moniker, you first have to understand how Deadpool became Deadpool. In the film, like in the comics, Wade Wilson (Ryan Reynolds) transforms into Deadpool after being diagnosed with terminal cancer and volunteering to participate in scientific testing as part of the Weapon X Program, the same program that made Wolverine. Long story short: the treatment works, but he also ends up in the hands of Ajax, a sadistic scientist/baddie who basically turns Wade Wilson into Deadpool — complete with burns, super powers, and a new reckless attitude.

In the movie, Wade Wilson chooses the name Deadpool during a night out at his old favorite bar, Sister Margaret's, with his friend Weasel. When Wade was just a regular assassin, not an indestructible one, he was known around Sister Margaret's as one of the regulars who loved getting into fights, earning him a regular spot in Sister Margaret's Dead Pool — the bar-wide bet regulars have going for what regular is going to die. Depressed by his new look and reality, Wade decides he needs a new name to go with his new body. He and Weasel trade ideas for a few times before Wade looks up at the board keeping track of Sister Margaret's Dead Pool and a lightbulb goes off. "Deadpool. Captain Deadpool," Wade says, before deciding to nix the whole "Captain" title and going with Deadpool.

In the original comics, Deadpool actually gets his name in a very similar fashion, except instead of being inspired by Sister Margaret's Dead Pool, Wade takes his name from Ajax and Dr. Killebrew, who experimented on him after Project X. When Ajax and Killebrew weren't experimenting on innocent people, they were busy starting their own Dead Pool, taking bets on which patient would die first. And, after Wade Wilson escaped from their clutches, he took on the Deadpool name. Fun fact: according to comic book history, illustrator Rob Liefeld and writer Fabian Nicieza, credited as the inventors of Deadpool, decided to give Deadpool his name because of the character's resemblance to DC's Deathstroke, another comic book villain. Deathstroke's real name, Slade Wilson, also inspired the writers to give Deadpool the regular name of Wade Wilson, according to The Mary Sue.

I don't know about you, but I wouldn't want to mess with Deadpool or Wade Wilson.

More like this
Netflix Shut Down 'Bridgerton' S3 Rumours About A “Very Dark” Storyline
By Bustle
Bill & Frank’s 'The Last Of Us' Episode Has Twitter Emotionally Wrecked
By Alyssa Lapid
Your Guide To Watching 'Everything Everywhere All At Once' In The UK
By El Hunt and Sophie McEvoy
Michaela Coel Has Some *Thoughts* About The Nepo Baby Discourse
By Maxine Harrison
Get Even More From Bustle — Sign Up For The Newsletter
From hair trends to relationship advice, our daily newsletter has everything you need to sound like a person who’s on TikTok, even if you aren’t.