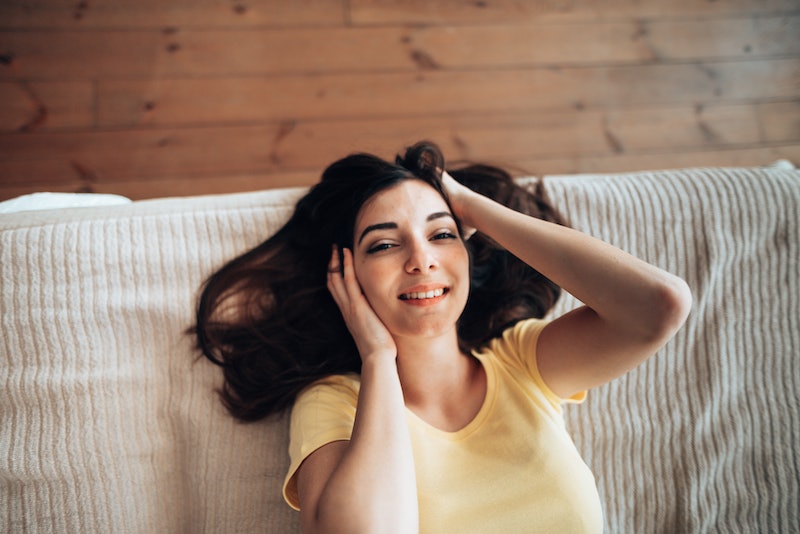 In the last few years, Millennials (aka folks born between 1980 and 2000) have gotten a lot of flack in countless trend pieces about their personalities and work ethics. Famously dubbed the “Me Me Me Generation” by Joel Stein in Time, Millennials have a reputation for being tech-obsessed, narcissistic, unmotivated moochers with a bad work ethic and a “poor me” attitude. Studies have shown that these stereotypes are false — in fact, research reveals that Millennials work hard, care about the social good, and work to improve society. Nevertheless, there are still plenty of people out there who buy into the myth that Generation Y represents a downturn in human civilization, a sentiment that I would bet is felt by most older generations whenever a younger one enters working adulthood — because older people naturally tend to be different from younger people, people are often freaked out by change, and so it’s no surprise that The Youth, regardless of the era, inspire a lot of passionate “Get-off-my-lawn!”-ing from those who came before. (And, yes, that is a totally legitimate verb I just made up).

Enter: Generation Z. Gen Z is the (somewhat disputed) label for kids born in the late-90s to early-2000s and later. Now that the oldest members of this post-Millennial generation are entering adulthood, it’s their turn to bear the brunt of generational paranoia. How will these young people change the American workforce? How will the ascent of first generation of “digital natives” change the way we shop, communicate, and move through the world? Will a generation raised on social media ultimately abandon all in-person communication in favor of relationships conducted entirely through emoji, leading to the inevitable collapse of human civilization? Only the future will tell.

The fact that some members of Generation Z are still learning to walk and talk hasn’t deterred a variety of publications and marketing groups from trying to make predictions about what these young people will be like as adults. Obviously, there is something problematic about making generalizations about a group of people born across a 20-year span. As a Millennial born in the early 80s, for example, I find it really strange to be grouped in the same generation as someone born 16 years ago, and I imagine that in ten or twenty years, Gen Z-ers born in 2002 will find it hard to relate to their comrades born in 2016. And of course, even without these wide time spans, one should always take generalizations about millions of people with a giant grain of salt.

All of that said, if current predictions are anything to go by, Millennials have nothing to fear from Generation Z-ers, except for the way their facility with technology will make us feel sad and old. Raised in a different time, Gen Z may ultimately be different from us, but, though change is hard, it’s not necessarily a bad thing. Keep reading for four reasons that Gen Z is going to be awesome:

They’re going to be smarter about the Internet and social media than we are.

For most Gen Z-ers, social media has been part of their lives from day one. While Millennials may have adopted social media with alacrity and built extensive social media networks, Generation Z regards social media as a natural extension of their social world. And while some might see that as cause for alarm — Will their whole lives be splashed across the pages of the Internet? Will they all have nude photos floating around the web by age 21? — The New York Times suggests that this high level of exposure actually makes them savvier and more careful with technology than we Millennials have been. Many Generation X-ers favor the privacy afforded by apps like Snapchat and Whisper over Facebook, and seem to be more aware of managing their personas on Facebook and other social media sites. In short, Generation Z seems to have learned from Millennials’ mistakes, and while this generation lives online, they may be more conscious than previous generations of over-sharing and the fact that The Internet Is Forever.

It’s not a short attention span, it’s a sophisticated filter.

Millennials have often been charged with lacking commitment and hopping from job to job (They don’t, btw), but Generation Z faces even stronger accusations of being incapable of focusing on anything for a long period of time — statistics show that the Gen Z attention span is just over 8 seconds. While this stereotype would seem to be in keeping with children raised in front of screens, facing constant audio and visual stimulation, Jeremy Finch at Fast Company argues that we would do better to look at Generation Z, not as having a short attention span, but as possessing a highly discerning filter. “They’ve grown up in a world where their options are limitless but their time is not,” he writes. “As such, Gen Z have adapted to quickly sorting through and assessing enormous amounts of information.” As Finch explains, fandom — of anything, really — shows us that Gen Z is quite able to focus intensely on topics do manage to catch their interest.

They believe in equality.

A 2014 survey from Northeastern University found that members of Generation Z believe in equal rights, opportunities, and access to services for everyone. The Gen Z-ers surveyed were strongly pro-same-sex marriage, with 73 percent supporting it. Seventy-four percent said they supported transgender rights, and 73 percent said they “believe strongly in the importance of a racially and linguistically diverse America.” They also supported free access to healthcare (64 percent) and higher education (53 percent).

Gen Z is into practicality.

Millennials often get accused of a certain aimlessness in their careers (again, not really true), but Generation Z is focused and practical, especially when it comes to finding reliable work and financial security. The New York Times suggests that this pragmatic streak may come from the fact Gen Z-ers are being raised by the “jaded” Generation X. Furthermore, while Millennials were raised primarily in a time of prosperity (the 90s), only to be traumatically disillusioned by the September 11 terrorist attacks and economic crashes in 2000 and 2008, Generation Z grew up in a world that was already disenchanted. Although Northeastern’s survey suggests that some Generation Z-ers possess an entrepreneurial spirit (inspired, no doubt, by online companies and influencers who have made it big on their own), Fast Company argues that many members of Gen Z are focused on finding careers that can provide reliable work and salaries. Young people are often portrayed as wild and irresponsible, but Gen Z is a careful bunch.