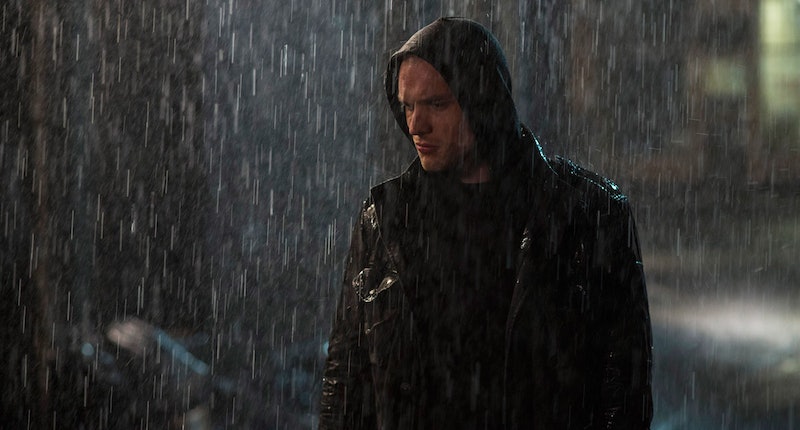 So, by now there's a good chance that you've heard a lot about Deadpool, including the fact that Ryan Reynolds has a naked fight scene in it. But have you heard anything about Ed Skrein, Ajax in Deadpool and the person whom Reynolds is fighting against in said scene? If not, then you are in for a hell of a treat. Skrein, an English actor who started his career in the entertainment industry as a rapper, steals scenes as Ajax (yes, like the cleaning product), an intrinsically malevolent villain.

In the movie, Ajax performs a cruel experiment on Wade Wilson which both transforms Wilson into Deadpool and whets his appetite for revenge. It's the first time that Skrein has played a villain, although he has previous experience fighting on-screen through his roles in The Transporter Refueled and Game of Thrones. I'd also be remiss not to note that, although his character is basically pure evil, Skrein looks damn fine onscreen. The "hot villain" archetype is one that's used less often in superhero movies than other genres like thrillers and dramas, but Skrein now joins a list of other actors who played characters that were bad but looked so, so good. Here are a few memorable ones from recent years.

Ledger's portrayal of The Joker in 2008's The Dark Knight is one of the most-talked-about performances of the past decade, albeit tinted with sadness given the actor's untimely death. But although the Joker needed a comb and some dental work, knowing that Ledger's boyishly handsome face was under all that makeup made it oddly endearing. Psychoanalyze that as you will.

Harry Osborn started out as a really nice guy; it's not his fault that his dad was a major d-bag. Admittedly, it's harder to excuse all of his bad behavior that followed his father's death... but just look at that face.

I thought Tom Hardy was nothing but terrifying-looking as Bane, but that doesn't change the fact that it was Tom Hardy underneath that mask.

When not rocking the burlap sack as Scarecrow, Cillian Murphy has a face you just want to trust. I mean, you could take a swim in those eyes.

Sure, Thor's brother Loki was a jerk. That doesn't change the fact that he had a porcelain complexion and the perfect pearly-white smile of a beauty queen.

With the role of Ajax, Skrein cements his place in sexy supervillain history. And although that shouldn't be your primary motivation for going to see his new movie, it certainly doesn't hurt, does it?