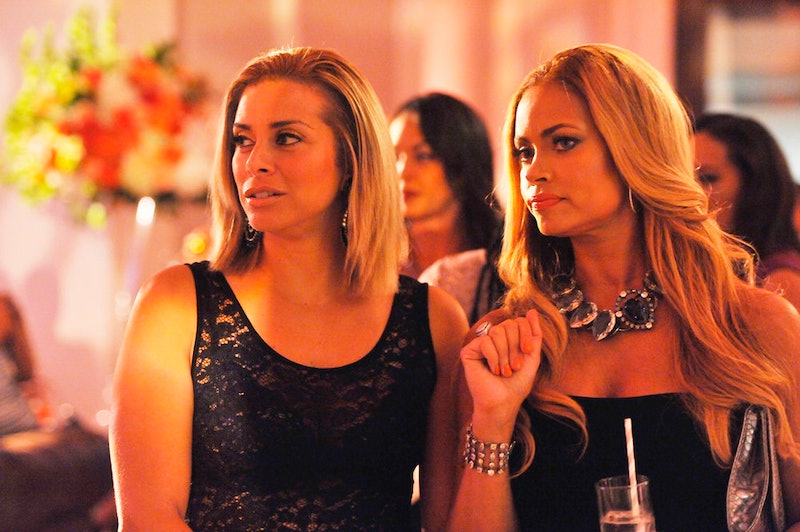 Only a few episodes into Bravo's new series, it seems that The Real Housewives of Potomac pair Robyn and Juan Dixon are a functional couple and great parents to their two sons. Not only are the two still raising their kids together, they still live in the same home together and even sleep in the same bed! But, seeing as they get along so well now, why did Robyn and Juan get divorced in 2012? Most divorced couples don't sleep in the same bed years after their split without resuming their romantic relationship, but Robyn and Juan are determined to break every stereotype about how couples should behave after a breakup. Robyn promised her friend Gizelle on RHOP that she still hasn't rekindled a romance with Juan, but neither one of them seems prepared to start a new relationship — in fact, it seems a lot like they're closer to getting back together than they are to moving on.

But, as news of Juan's possible move to a new city has made the couple worry about whether or not their unconventional arrangement can withstand either a new location or geographical distance, their old issues seem to be coming to a head. According to the RHOP premiere, Robyn and Juan's marriage ended when he allegedly had an affair, according to what Robyn claimed in a talking head. "We ultimately got divorced because of infidelity on his part," she alleged on the show. Juan did not respond to her claims on the show, and Bustle reached out to him but has not yet heard back. 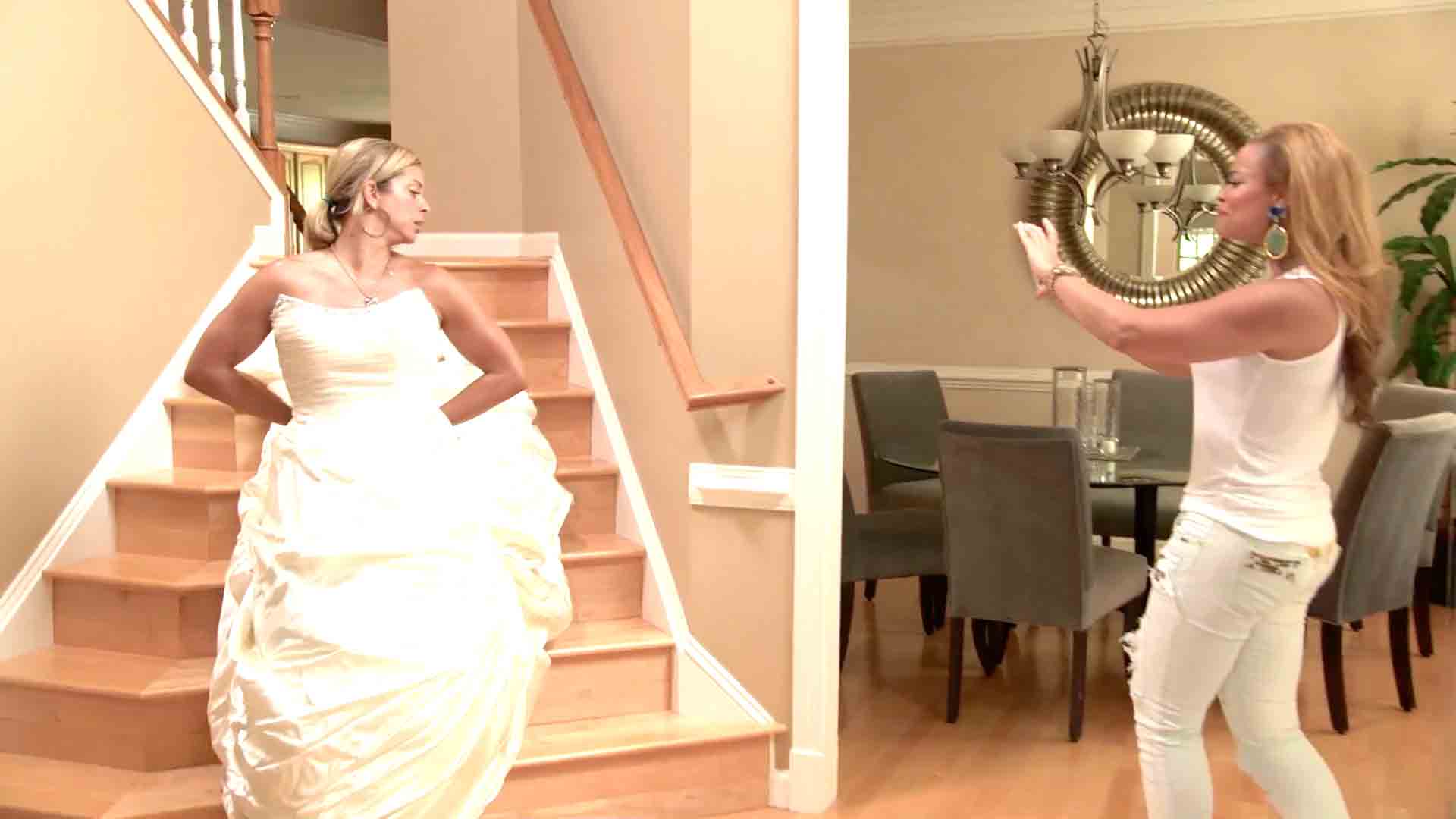 Robyn explained to OK! magazine in January 2016 that it wasn't just the alleged cheating that caused the split, but also some emotional issues. "We got divorced because we weren’t in a good place in our relationship and there was kind of some infidelity and we weren’t really in tune and connected," she claimed.

Juan has been silent on infidelity rumors, but did talk about his relationship post-Robyn in a 2012 interview with Diamondback Online. In it, Juan called his girlfriend after Robyn, Cris, "the love of [my] life," and the article described their relationship as his "sole support system during his more than two-year trek through Europe" when he was in the European basketball league. The interview also dated their relationship as far back as 2009 — when he was still married to Robyn.

Robyn told The Baltimore Sun in 2012 that when Juan was waived from the Atlanta Hawks' NBA team in 2009, she thinks it was it was a huge blow for the athlete. "I think he really struggled with the roles he was given," she told the paper. "Everyone in the NBA was a star in college. Then you get drafted, you still think of yourself that way."

After dealing with that rough patch, the couple ultimately decided to divorce, but it does seem as though they're finally putting the pieces back together now that they're under one roof. While this couple so far seems like a wonderful pair of co-parents, the fate of Robyn & Juan Dixon's relationship still hasn't been fully resolved. Hopefully the RHOP couple can work out a long-term arrangement that works for them.

More like this
'RHOP' Stars Robyn & Juan Reportedly Got Remarried & Filmed The Ceremony
By Brad Witter
RHOP’s Robyn Dixon Explained Why Juan Paid For Another Woman's Hotel Room
By Brad Witter
Erika Jayne's Estranged Husband Tom Girardi Has Been Indicted On Fraud Charges
By Jake Viswanath
'RHOSLC’s Heather & Whitney Are Still On A “Friendship Break” After Season 3 Reunion
By Jake Viswanath
Get Even More From Bustle — Sign Up For The Newsletter
From hair trends to relationship advice, our daily newsletter has everything you need to sound like a person who’s on TikTok, even if you aren’t.