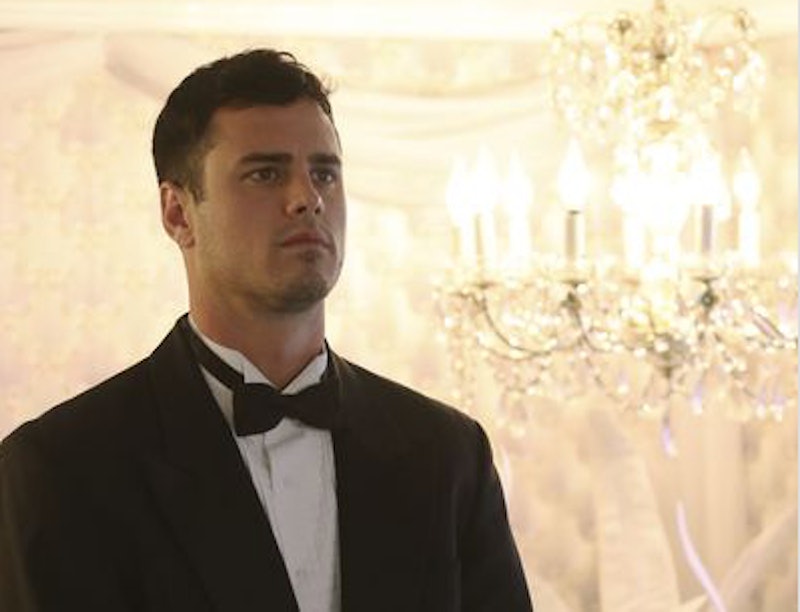 If you're anything like me, you're just coming down from the high that was The Bachelor rest-of-season preview. The promo gave us a lot of things to think about. One, who does Ben say he loves? Two, who is the other person he says he loves? Three, what is happening in the finale? Seriously, who does Ben call in the Bachelor finale, and is it one of the girls that he might have previously let go and now regrets letting go because he felt #unloved, but now he knows what love is now that he lost her? I have so many thoughts and I just want one answer, Bachelor producers. ONE.

On The Bachelor's explosive Monday night episode, the promo for the remainder of the season suggested that Ben calls one of the women after realizing he sent the wrong person home. Sure, that would make it really dramatic, but realistically, is that really what happened? In short, probably not.

First of all, calling someone on a cell phone to let them know you Jason Mesnick-level screwed up seems kind of off-brand for Ben. He seems to be more of a guy that would run to you (maybe through an airport, IDK use your imagination) to stop you from leaving his life forever. Also, when would Ben and said ex-girlfriend even have a moment to exchange numbers? Do they even know each other's last names? This is a serious question that I'm actually wondering about.

In reality, the call probably is made to Ben's mom. After listening to the promo clip multiple times, the voice doesn't sound familiar and I can't place it belonging to one of the women on the show. Plus, Ben's a family guy. If he finds himself in a love-pickle, chances are he's going to call his mom or dad about it so he can get some direction from his family. Plus, Ben already called his parents back in the premiere episode of the season, which would suggest that he might do it again.

So, don't get too worked up about the cliffhanger phone call right now. We have a lot bigger fish to fry, like who does Ben love?