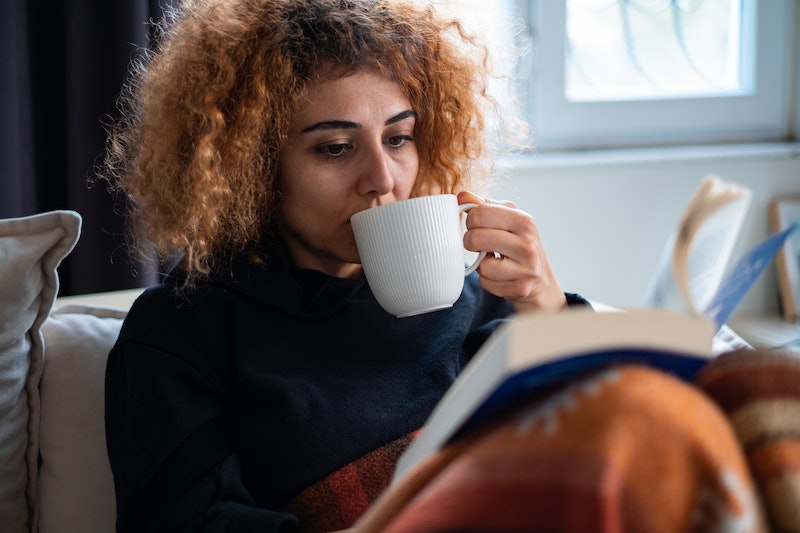 Growing up, if your school was anything like mine, you probably remember the yearly distribution of your high school required reading list. And, if you’re anything like me, it was probably your favorite day of the entire school year — I mean, c’mon, 10 months worth of reading organized into one long, stapled, alphabetized list? You can’t beat it. But at the same time, there were a handful of books on my high school’s required reading list that I NEVER wanted to see again. Like, ever.

I’ve written before about my, let’s say struggles, with J.D. Salinger’s The Catcher in the Rye (namely that I don’t like it, don’t understand it, don’t understand why other readers like it, and would look the other way before crossing the street if I saw Holden Caulfield walking towards me on the sidewalk.) And as a result, joy be the great Twitter, I’ve heard from more than a few of you dear readers who decidedly disagree with me. Strongly. And fair enough. So here’s my confession for you: I hadn’t actually read The Catcher in the Rye since high school.

I know, I know. You hate me. But here’s the thing: if you dislike, say, blanched oysters, you don’t need to keep trying blanched oysters year after year to make sure you still don’t like them. You just know. That’s how I felt about The Catcher in the Rye. But with that said, I’m nothing if not up for a good ol’ reading challenge every once in a while. Therefore, not only did I reread The Catcher in the Rye for the first time since I got my driver’s license, I also reread my other least favorite books from high school, just to see what would happen. Fun stuff, right?

I gotta admit, I actually surprised myself with this one. Here’s what happened when I reread my least favorite books from high school as an adult.

1. I Learned That I Took Things VERY Seriously As A Teen

So with that said, it’s no surprise that the books I disliked, in addition to The Catcher in the Rye, were F. Scott Fitzgerald’s The Great Gatsby (of course) and Sylvia Plath’s The Bell Jar — maybe the most cliché hated required reading books ever. But there you have it. (Fun fact: in the original reviews of The Bell Jar , reviewers considered it the twin novel to The Catcher in the Rye — so there was really no hope for me to begin with.) These books struck me as horribly depressing when I read them as a teen: unrequited love, blundering drunkenness, mental illness, expulsion. And all that is in there, for sure. But revisiting these novels as an adult — particularly The Catcher in the Rye — the characters’ voices felt so different.

For example, circa 2004, when Mrs. Kramer handed me my dog-eared copy of Catcher, I immediately found Holden Caulfield insulting. What was all that business about: “If you really want to hear about it… but I don’t feel like going into it, if you want to know the truth.” Then why am I even reading your book? I thought back. Now, I kind of can’t fault the kid. He just wants to tell his story his way.

The Bell Jar, on the other hand, terrified me — what with mental illness just popping up out of nowhere and invading Esther Greenwood’s totally enviable New York adventure. I think I spent the entire 10th grade just waiting for my predestined psychological diagnosis jump out from behind a corner and envelope me. But upon rereading, not only did I understand my fear was a tribute to Plath’s exceptional writing, I also had the perspective of age to view Esther with compassion and empathy, rather than terror. Plus, the adults around her really weren’t doing her any favors.

2. I Discovered I Disliked Characters Who… Gasp… Resembled Me

I mean, you’ve gotta feel for a guy who just wants to read in privacy on a Saturday night, and has nothing but a pair of lousy shower curtains separating him from an entire dormitory filled with antsy teenage boys. I would flee on the next outbound train, too. (And the drama of my planned exit would most certainly have been disrupted by a stairwell full of discarded peanut shells.) But as a teen, you don’t really want to be Holden Caulfield — at least, I didn’t. And even if you totally sympathize with him, you’re probably trying to ignore it. Because you want to be a cool, play-by-the-rules kid… I did, anyway. So, in an effort to avoid the mirror that The Catcher in the Rye was holding up to me, I decided I simply hated it. And then avoided the book for the next decade. Which is a shame, because Holden is actually kind of hilarious.

Where I thought I was dissimilar to Holden Caulfield — and actually wasn’t, I thought I was similar to Esther Greenwood — and didn’t really want to be. So much of The Bell Jar resonates with young-girl-angst: from Esther’s fears that she’s only good at winning scholarships, and won’t actually be able to succeed in the real world, to her sense that losing her virginity is something to get out of the way so she could move on to more important concerns, to her description of that first day back home for the summer (in the suburbs, of course) where she’s going to write a novel in order to save herself — when Esther and I were peers each of these things seemed like the utmost end of the world. Now that I’ve survived them all (yup, even dealing with that pesky virginity) I can see them for the uncomfortable, but necessary, rites of passage that they were. It’s all about perspective, right?

3. I Realized That I’d Probably Gone To A Party Of My Own Instead Of Finishing The Great Gatsby

Or discovered something else equally compelling to do because, The Great Gatsby was nothing like I remembered… if I’d even read it to begin with. In my mind, I hated The Great Gatsby for its unrestrained revelry, it’s unrequited love (which I knew a whole lot about in high school,) and for the fact that Daisy Buchanan was a silly little wisp of a drunk who did whatever she pleased, with complete disregard for other’s feelings — honestly, I have no clue how I got this one so wrong. (Maybe I just needed to read The Notebook first, because hello: similarities.) I also remembered HOW OLD each of these characters seemed back in the early days of the new millennium — now I’m older than they were. Yeesh.

This might go without saying, but: you learn a lot when you reread your least favorite books from high school. For example, how uncool you were in high school. And more importantly, how much you’ve grown since then — not only in intelligence, life-experience, and compassion for others, but also in your ability to sit down and read a book without getting distracted by the telephone ringing, waiting for the telephone to ring, and Gilmore Girls. So go reread your least favorite books from high school now. Let me know how it goes.