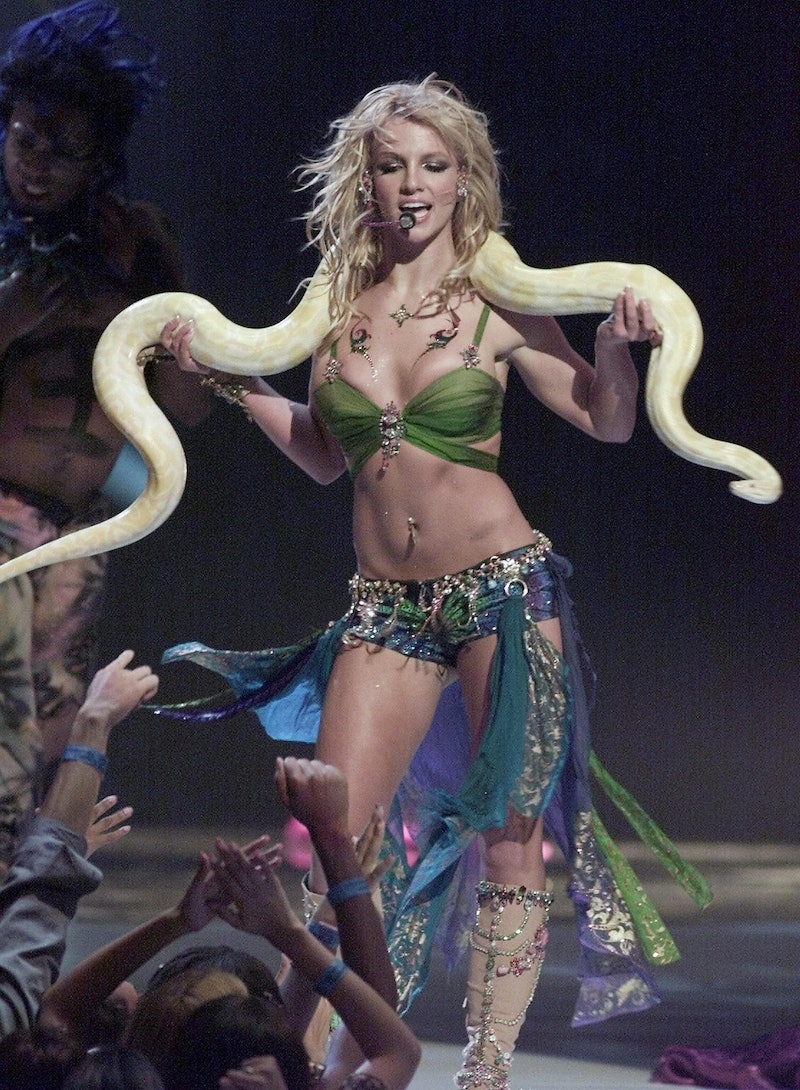 Once upon a time, in the Land of Music Television, there lived a very special program called Making the Video. From 1999 to 2009, the MTV original series pulled back the green screen, er, curtain and gave audiences a peek at how the music video sausage was made; we saw Janet Jackson navigate the tricky task of dancing atop a moving platform, *NSYNC sit still as makeup artists applied prosthetic doll masks to their darling faces, and Mariah Carey shoot an elaborate Mimi vs. Mimi fight scene. And at the end of each 30-minute episode, we reaped a most glorious reward: the world premiere of the very music video we just spent a half hour getting to know.

MTV's behind-the-scenes series gave the world so many iconic moments: Wade Robson fills in for Joey Fatone during the "Pop" dance break! Enrique Iglesias and then-girlfriend Anna Kournikova bat their eyes at each other all over the "Escape" set! Destiny's Child welcomes Queen Stevie Nicks to the "Bootylicious" shoot! As life-changing as those scenes and episodes were, may we never forget the minor moments that also helped make Making the Video the stunning, sparkling diamond of a show that it was. Here are some of the smaller scenes from MTV's MtV that deserve to be remembered always:

1. When Britney Spears Dreamt About Finding A Cold Place For Her Toes

I hope she found a cold place for her toes.

He just wants to make sure we’re paying attention.

3. When Gwen Stefani & Tony Kanal Battled In The Air

Music video: “Ex-Girlfriend” by No Doubt.

Without the special effects, they look like two kittens tangled up in a ball of yarn. Paw-dorable.

4. When Jennifer Lopez Wouldn’t Let A Little Thing Like A Foot Injury Get In The Way Of Finishing A Music Video

5. When Janet Jackson & Missy Elliott Said Hello With A Hug

Music video: “Son Of A Gun (I Betcha Think This Song Is About You)” by Janet Jackson & Missy Elliott.

Every time I watch this episode, my heart explodes and pieces itself back together when the legendary Janet Jackson and the legendary Missy Elliott hug. I just love their friendship, OK?

6. When Director Dave Meyers Refused To Share His Nicknames For Hilary Duff

7. When Triumph The Insult Comic Dog Got His Very Own Episode Of Making The Video

Music video: “I Keed” by Triumph the Insult Comic Dog.

Sorry, but I couldn't pick just one scene. This entire episode is a masterpiece.

8. When Director Wayne Isham Played A Prank On Chris Kirkpatrick

Q: Are my eyes a pair of liars, or is that prank action figure box actually Joey Fatone’s?

9. When Mark Hoppus Brought The House Down With An Austin Powers Line

10. When Beyoncé Was Still “Beyoncé From Destiny’s Child”

Music video: “Work It Out” by Beyoncé.

Were we ever so young?

11. When The Makeup Artist Introduced Us To The Newfangled Airbrush Tanning Machine

I'm sorry, did he say he would apply the rhinestones one by one? Where's that footage? I want to be impressed by his meticulousness!

12. When Avril Lavigne Got The Green & Yellow T-Shirt Of Her Dreams

13. When The Dove Toss Happened

Music video: “Nobody Wants To Be Lonely” by Ricky Martin featuring Christina Aguilera

I hope those birds got a big bonus.

As for Burmese pythons? That’s another story.

15. When Destiny's Child Did Not Keep Off Of The Waterfall

16. When Sisqó Shared The Anecdote That Inspired “The Thong Song”

After revisiting all 16 of these marvelous clips, I have only one question: How and why hasn't MTV brought Making the Video back already?