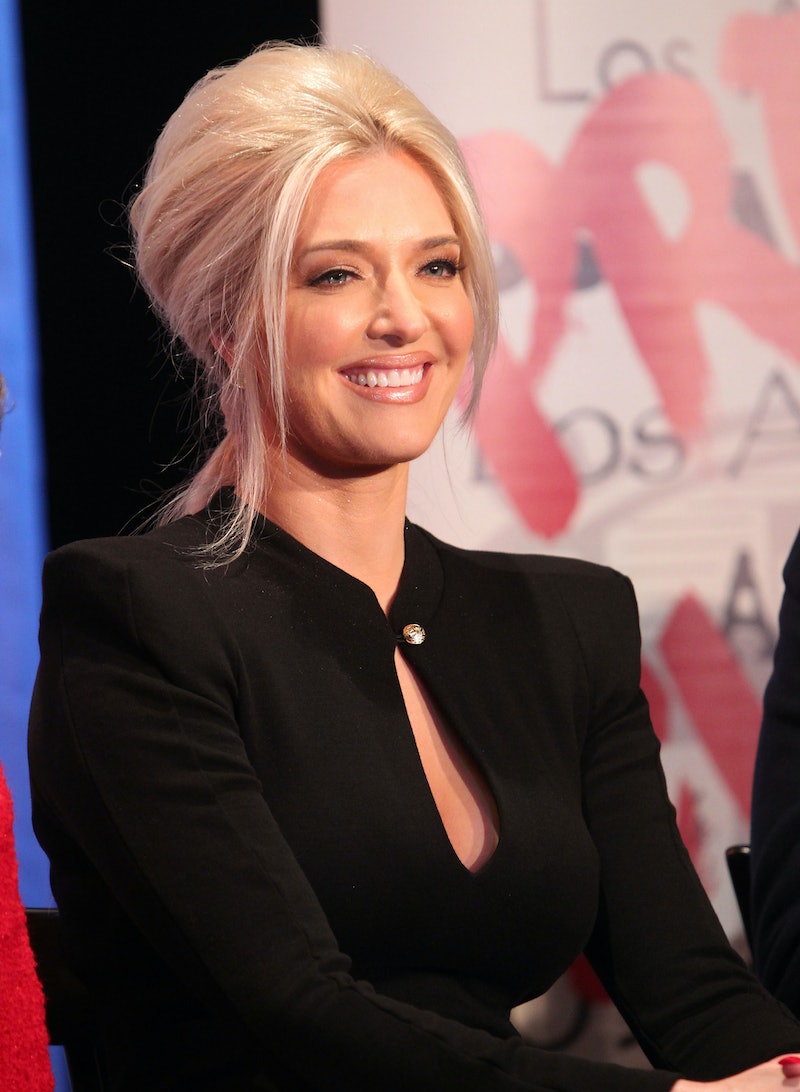 It's not unlike the women of the Real Housewives franchise to tell a little white lie here and there. Sometimes, these lies are just swept under the rug, other times they become the source of some major drama. The latter is certainly the case for Erika Jayne who lied to the Real Housewives of Beverly Hills women about telling Yolanda that Lisa Vanderpump was talking about her children's health. Unfortunately, Erika didn't do a great job at hiding the fact that she was the one to tell Yolanda about the gossip and basically everybody knows, even without her admitting to it.

On the ride to San Diego, Lisa Vanderpump asked Lisa Rinna if she had told Yolanda about a comment Lisa Vanderpump made about Bella and Anwar Hadid's health. Lisa Rinna denied the accusation, laying out that while she did talk to Yolanda about things she personally said about Yolanda's health, she never mentioned anything about Yolanda's children. We, as the viewers, know that she didn't say anything. We, the viewers, know that it was Erika that told Yolanda about the gossip. By process of elimination, the women quickly realized that Erika (who was not present for the limo ride to San Diego) was the one who told Yolanda, which they brought up after Erika's performance.

Erika decided to not fess up to the drama after her show, mentioning in a talking head that she didn't want to ruin the headspace she was in after her show. Fair enough, but maybe lying wasn't the best choice? It was one of those things where everyone in the room, including Erika, knew that Erika was lying... but no one addressed it. It was incredibly awkward and will probably come back to bite Erika in the butt later on in the season (read: next episode).

I think it would have been better for Erika to just admit to the comment, since it did happen. She was simply restating something that happened at the dinner party after Yolanda left the party. Now, Erika will be known for lying about something, which is probably going to just cause more drama than what would have happened had she just been honest.