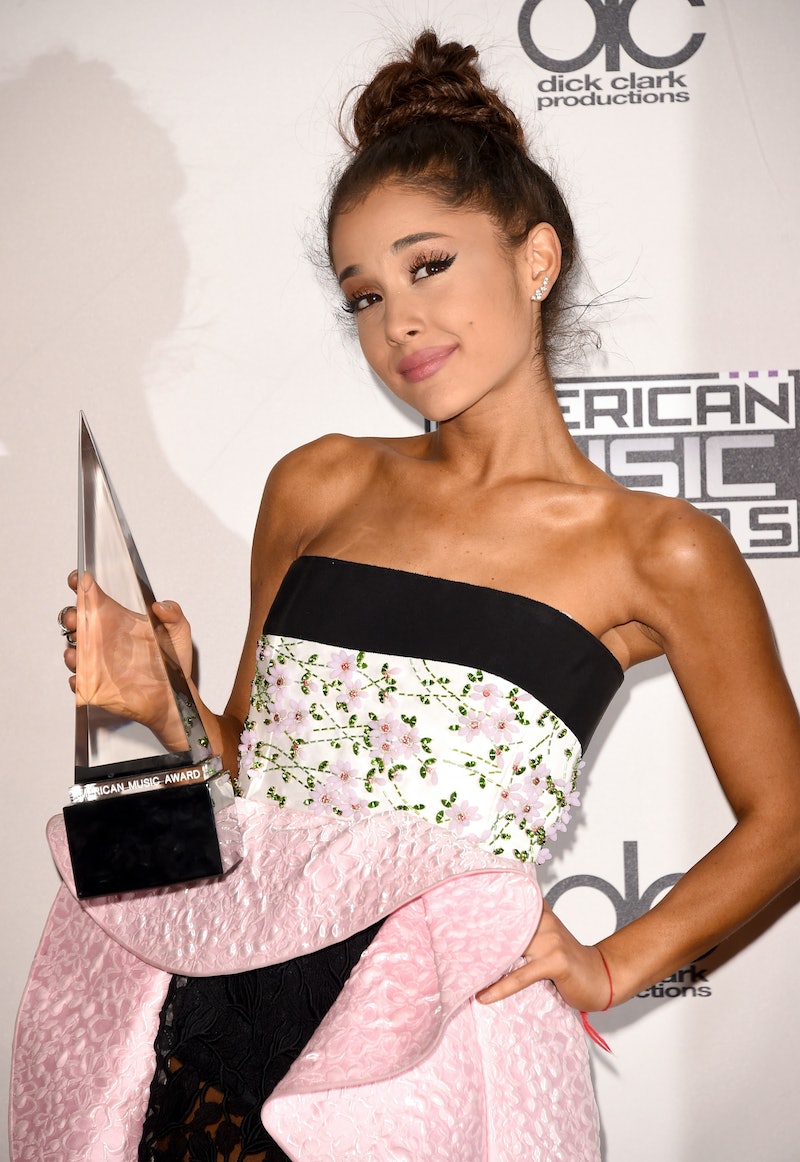 I'm not sure if it's just me, but it seems like Ariana Grande has been laying low lately. After the release of "Focus" back in October, fans have been eagerly awaiting Grande's third album, tentatively titled Moonlight. So far, though, all we've gotten is crickets. The 22-year-old also hasn't been making too many public appearances in recent months, and fans want more from their favorite pop princess. Sure, she's hard at work on her new music, as evidenced by her social media posts, but fans want to know everything going on in her life, including whether Ariana Grande is dating anyone these days.

The singer has always been super open with her fans when it comes to her private life, discussing how her relationships influence her songwriting and frequently tweeting her support for her fans when times get tough, such as during her breakup with rapper Big Sean. Recently, it was rumored that Justin Bieber had a thing for Grande, after fans realized he liked two of her Instagram photos and left a complementary comment. But Grande was having none of that, tweeting as an apparent response to the talk, "not today satan !!!!!! gtg finish this music & live my cute, drama free life !!"

Hey, it's a girl's prerogative to live a cute and drama-free life, and it seems like that's exactly what Grande is doing right now. She hasn't posted anything on her social media accounts about having a boyfriend, and seems to be keeping the focus on her upcoming album and her other projects, including her amazing collaboration with MAC and newly-released perfume line. So it looks like she's just doing her thing, working hard, and having fun. Nothing wrong with that!

Here's more evidence that Grande is enjoying her single life and keeping things all about work.

Hanging With Her Friends

Because there's magic happening there, obvs.

It's All In The Caption

I think it's pretty clear that 2016 is already filled with plenty of good things for Grande, and that's all that matters.