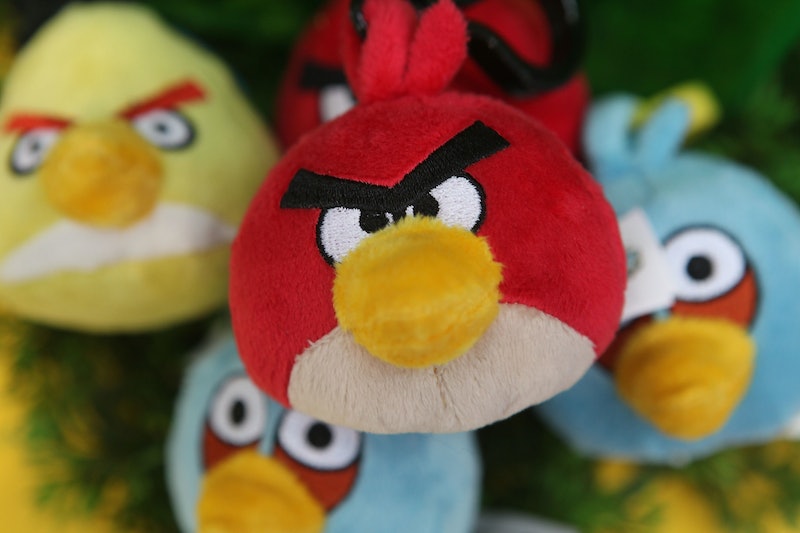 Many Americans think the extensive NSA spying program is for the birds, and it looks like hackers do, too. The official Angry Birds website was given a revamp Tuesday that included a title change to "Spying Birds," and the NSA logo was superimposed over the birds. The act was inspired by the recent revelation that the NSA had collected a ton of user data from "leaky" apps like Angry Birds.

It's not known who hacked into the website, but some think hacker group Syrian Electronic Army might have something to do with it. The SEA is a hacking group that supports President Bashar Al-Assad. On Wednesday, the SEA posted the following Tweet: "A friend hacked and defaced @Angrybirds website after reports confirms its spying on people."

The earliest apps introduced to cellphones, like 2009’s Angry Birds, are at the highest risk for app-mining by the NSA, and the agencies vacuum up data including — deep breath — “home country, current location, age, gender, zip code, martial status … income, ethnicity, sexual orientation, education level, and number of children.”

Rovio, the company behind Angry Birds, issued a response to the Snowden leaks: The company, it said, "does not share data, collaborate or collude with any government spy agencies such as NSA or GCHQ anywhere in the world." In other words, wiping their hands clean of the matter.

Instead, any leaked data collected by the NSA comes from third-party advertising networks, and Rovio doesn't give user data to them. Rovio also made the important — and pretty scary — point that: "If advertising networks are indeed targeted, it would appear that no internet-enabled device that visits ad-enabled web sites or uses ad-enabled applications is immune to such surveillance."

If you need us, we'll be living under a rock. See ya.