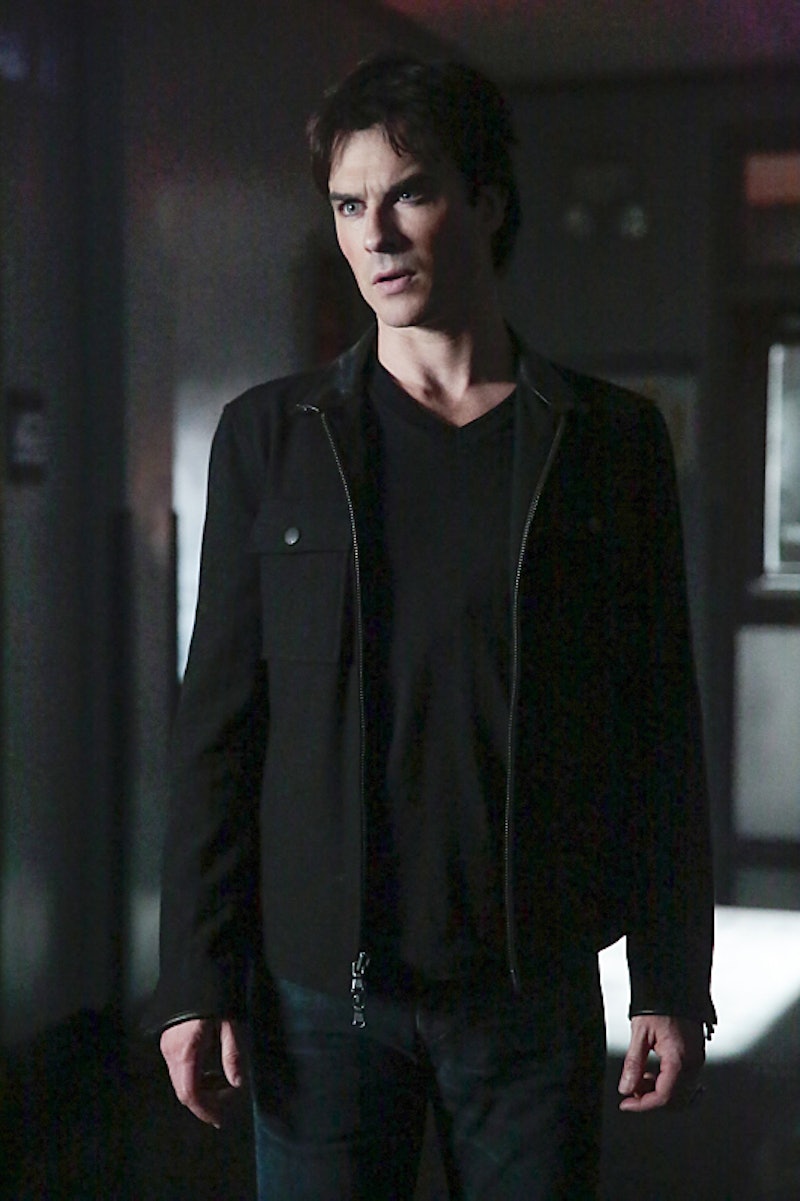 The Vampire Diaries has never been afraid to shock us with surprise deaths, but I think I speak for everyone when I say that last Thursday's episode "Things We Lost in the Fire" proved to be particularly devastating, given that Damon burned Elena's body during yet another unfortunately timed Phoenix Stone hallucination. Or, at least, that's what we're being led to believe. But did Damon really kill Elena on The Vampire Diaries ? I seriously doubt it's as straightforward as all that. Let's not forget that this show prides itself on bringing people back from the dead (or rather the un-dead, in most cases), so even if it was Elena's body that was being burnt to a crisp, that doesn't mean the characters won't find some magical solution that'll help restore Elena to her usual form. However, I'm hesitant to believe that it ever even happened in the first place.

We know that the Phoenix Stone has the power to mess with any vampire's mind and has already made Damon think he was doing one thing when he was really doing another. That means it's completely possible that Damon only thinks that he's burned Elena's body when really it was someone else in that casket. You see, in my opinion, Tyler was a little too willing to take Damon to see Elena. I mean, I know Damon was threatening him and everything, but that's not exactly a new tactic with this gang and Tyler isn't one to be easily pushed around. What if he had set up a fake coffin — or decoy body, if you will — knowing that Damon was bound to pull something like this in the future?

Tyler reached for a weapon just as Damon was getting ready to open the casket. It was almost as if he knew that Damon would not be happy once he saw what was inside. Of course, his hallucination made him see his Civil War buddy, Henry, instead of what was really in there. But the Phoenix Stone could've decided to pull a double-double cross by showing him Elena's face in the flames rather than the random dead body Tyler may have substituted in. It wants Damon to spiral out of control and knows that the best way to go about doing that is to make him think that he's lost the love of his life forever.

Then there's the fact that flash-forwards show what looks to be Elena's coffin still intact. And when Stefan woke Damon up from his slumber in that storage unit, he reprimanded his brother for waking him up before she was awake. So unless he's still lying to Stefan about Elena meeting her fiery demise, I'm thinking that she's still catching up on her beauty sleep somewhere and hasn't actually come to any harm. Plus, Julie Plec has made mention multiple times that Nina Dobrev is willing to return for TVD 's eventual series finale. So killing her off now would just be way too cruel... even for this show.