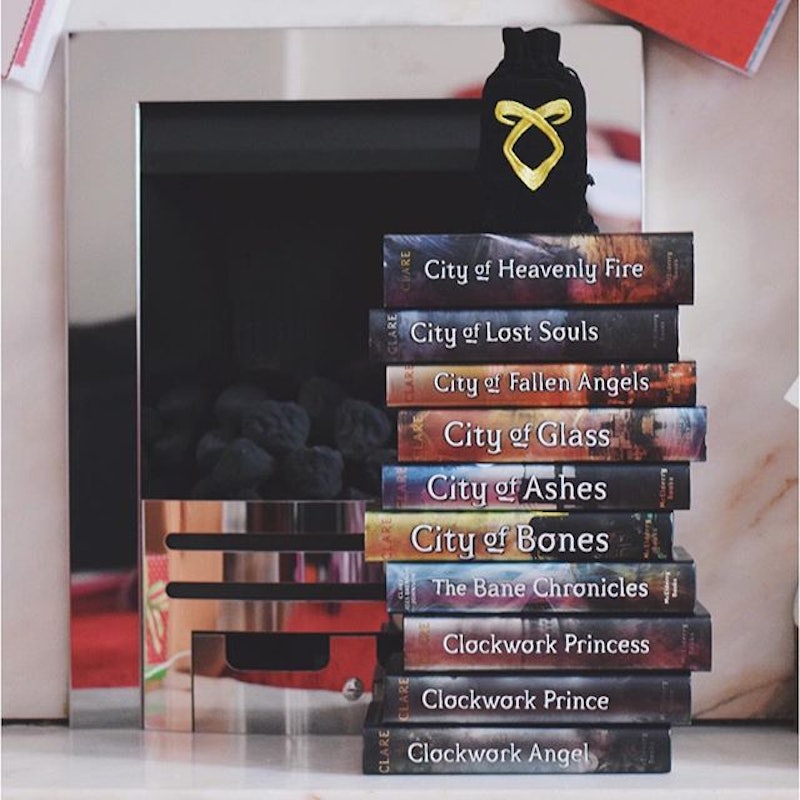 Trouble's brewing in the YA fantasy world. The Bookseller reports that Sherrilyn Kenyon has had Cassandra Clare sued for copyright infringement. The plaintiff claims that Clare's Shadowhunters series — formerly known as The Mortal Instruments — lifted major elements of Kenyon's preexisting Dark-Hunter series.

Kenyon published Dark-Hunter No. 1, Night Pleasures, in 2002. The paranormal romance series focuses on vampires, shapeshifters, gods, and demon hunters as they protect humanity from the things that go bump in the night.

Beginning with City of Bones in 2005, Clare's series follows a group of non-human youths in their fight to protect ordinary humans from demons of the Shadow World. The series features several mythic races — including the part-angel Shadowhunters, vampires, faeries, and warlocks — and offers readers heavy doses of romance.

The six-book series previously known as The Mortal Instruments is the second part of five in the Shadowhunter Chronicles. The lawsuit claims that Clare's series originally used the term "darkhunter," but changed it to "shadowhunter" on Kenyon's request, and removed "hunter" from her book titles. Clare allegedly promised not to use "shadowhunter" in a way that would conflict with Kenyon's Dark-Hunter trademark, but now — with The Mortal Instruments re-branded as Shadowhunters for the recent Netflix series, and with Clare's intellectual property increasingly reliant on the term — it seems that promise may have been broken.

The February 5 suit also claims that Clare's books and merchandise bear striking similarity to Kenyon's. The Dark-Hunter author claims her books had already made bestseller lists before Clare published City of Bones. From Courthouse News Service: