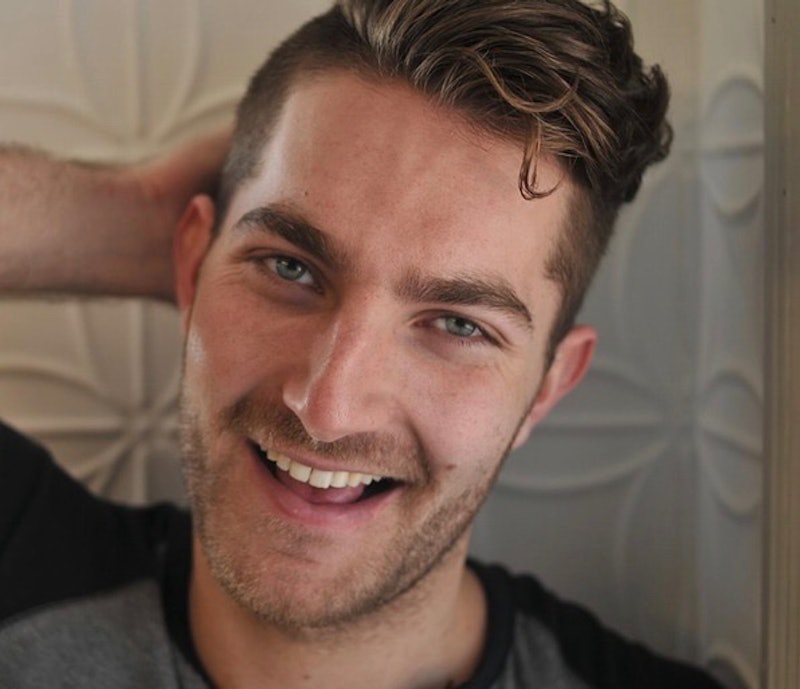 Not all bisexuals are promiscuous; it’s a hurtful misconception that plagues bisexuals of any gender. I, however, am proudly promiscuous and staunchly sex-positive. I’m always safe, never lie, and am always mindful of my partners’ needs. I explore fetishes and power dynamics free of judgment. It’s both physically and emotionally fulfilling, and I’ve learned that people can be promiscuous without having “daddy” issues or other insecurities.

Sleeping with multiple people of any gender has taught me a couple of things over the years. One: Practice does make perfect. The more sex you have, the more comfortable and better you become at it. Two: there's always more you can learn, always more you can do. There are so many different types of sex. It can be hot and passionate. Funny and ridiculous. Beautiful and intense. Painful and cathartic. If your sex life seems boring, you only have yourself to blame. There are infinite number of positions and props and dynamics that can play out during sex.

Those are two small takeaways that come from sleeping with many people of any gender, but there are distinct differences between how men and women have sex. Mainly, there are differences in power, comfort, openness, and autonomy, which reveal how male privilege manifests itself during sex. Of course, these are just trends I noticed. Not every single woman behaved in this manner. Neither have all the men I’ve slept with. I also understand that I’m sleeping with primarily straight women and primarily gay men (some, like myself, have been bisexual). So I cannot speak to the actions of straight men, as I'm not one, and I’ve never slept with a straight man. I’ve also never slept with a lesbian.

Regardless, I think my experience is representative of the society we live in and reflective of how the patriarchy manifests itself in sexual politics, power dynamics, and privilege. So here are three differences between sleeping with men and women, and what it says about sexism and the patriarchy in America:

Difference #1: Women tend to be less vocal than men about their desires.

This was the first thing I noticed about sleeping with men. Men tend to be significantly more vocal about expressing their desires: what they like, which positions they want, and what feels good. If they like it rougher, they will start engaging in rougher body contact. If they don’t like something, they say it.

Women, I have found, tend to be less vocal about what they want. If they are vocal while having sex, that voice extends outside of the bedroom. These women are more vocal and confident expressing their desires in other aspects of their lives. This isn’t the same for men. Men who are relatively shy in real life can still often be shockingly vocal in bed.

Difference # 2: Men tend to expect orgasm regardless of their position.

Men tend to expect to finish regardless of being the “top” or “bottom.” If the top orgasms first, it's still expected that the bottom will finish, if he wants to, and that the top, despite having already finished, will engage is sexual contact (kissing, oral, manual) until his partner has reached climax.

Many women, I have found, do not tend to expect to orgasm, and assume sex is over once the male ejaculates. Men, of course, think this as well. This double standard is very much ingrained in the minds of many straight men and women — and it sucks.

Men tend to feel more comfortable playing both active and passive roles during sex. Here, I do not mean “top” and “bottom,” but rather in terms of movement, positioning, aggression, straddling, men feel comfortable playing both active/passive or dominant/submissive roles. Whereas women, typically, seem to fall into a more submissive role during sex, often not sure of how to even move.

What These Differences Have Taught Me About Gender Roles And Feminism

Women’s needs in the bedroom have long been limited and ignored, and sex has always been an extension and reflection of gender inequalities. Sex is yet another tool men have in their infinite toolbox that exploits male privilege, leading to the benefit of the man with an (often) blatant disregard to the woman.

Unfortunately (or perhaps fortunately), the push for sexual equality is not going to come from straight men, as they're satisfied and unaware of the amount of power and privilege they have in the bedroom. People in power rarely give up their power willingly, especially if they don’t believe that the power discrepancy exists. So the push for sexual equality will have to come from those who don’t have straight male privilege: queer men and women.

Now’s the time to reinvent, redefine, and further explore what sex can be between a man and a woman. It's time everyone's needs are met in the bedroom in a manner that ensures both men and women are equal — and satisfied.