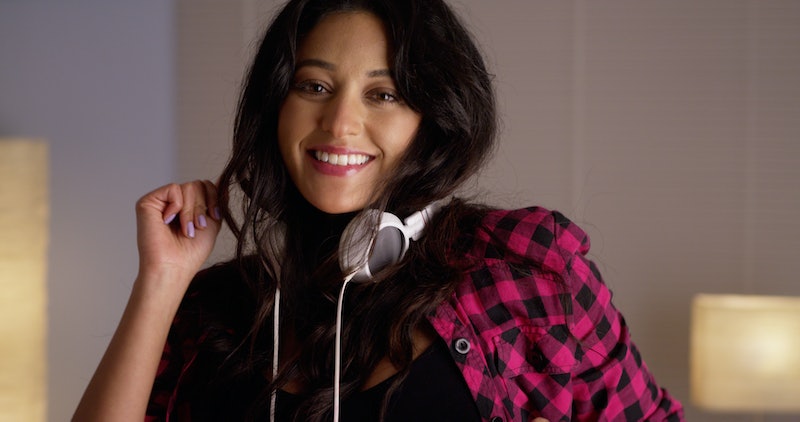 Sex, romance, and music seem to come hand-in-hand, and according to a new study titled, “Music Makes it Home,” it was found that music improves our sex lives and our relationships. In fact, people who said they listened to music out loud felt they were closer with their partners and had a lot more sex than people who didn’t. So, let’s Marvin Gaye and get it on, shall we?

Researchers polled 30,000 people on the effect music had on different aspects of their lives. In addition to that, they conducted an experiment in 30 different homes throughout the world. For one week, participants weren’t allowed to listen to any music out loud. The next week, their homes were set up with the late sound systems in order for researchers to make observations on what happened to the participants when music was played aloud in their homes.

When music was being played throughout the house, the study found it physically brought people together. In fact, the average distance between household members decreased by 12 percent during the in-house experiments.

In more awesome news, people were found to have lot more sex because of music. In fact, couples had 66 percent more sex when music was being played, and had 37 percent more “awake time” in bed.

“One of the things that happens when people listen to music out loud together is that their neurons fire synchronously with one another,” Dr. Daniel J. Levitin, neuroscientist and author of This is Your Brain on Music wrote about the study. “Think about it. Your neurons are firing at the same rate as someone else in the room listening to music with you, and for reasons we don’t completely understand, this releases oxytocin.”

If you know anything about oxytocin, you'd know it's most famous for being "The Love Hormone." So, if you’re planning for some sexy time this Valentine’s Day, make sure you have a soundtrack on hand. According to Sonos, it will do wonders for your sex life. Here are other ways music affects your love life, according to the study:

1. It Can Make You Sexier

According to the Music Makes it Home study, 59 percent of people said that a person gets more attractive if they’re playing music that the survey respondent liked. It makes sense. People do like people who have similar interests to them. At the same time, 29 percent believe that their partner has lied to them about liking certain music just to seem much more attractive.

2. It Makes You More Ballsy

Have you ever heard a song that just made you want to rip your clothes off and just jump someone? If you have, you’re not the only one. Out of those surveyed, one in five who listened to music out loud said the song that was playing caused them to make the first move in the bedroom.

3. It Makes You More Active In The Bedroom

Just like music helps pump you up during workouts, it’ll help pump you up in the bedroom. Couples who listened to music out loud spent 37 percent more time being active in bed than if they weren’t listening to any music at all.

One in five people believe that music being played during sex makes it so much better. Out of those surveyed, 47 percent say it makes the sexual experience more exiting, and 44 percent said it made it more rhythmic.

5. It Makes You More Likely To Say “I Love You”

According to the study, 18 percent of people said “I love you” due to a song they heard out loud. For those people who listen to music out loud often, 24 percent of them said they even professed their love through song.

6. It Brings Partners Closer Together

Couples who listened to music together were 12 percent more physically close to each other. They even spent double the percentage amount of time together in the master bedroom overall.

7. It Makes You Enjoy Romantic Moments

More like this
35 Sexy Texts To Send Your Partner
By Griffin Wynne and Carolyn Steber
What’s An Open Relationship, Actually?
By Lexi Inks
Adele Says It Would Be “Wonderful” To Have Kids With Boyfriend Rich Paul
By Jake Viswanath
Are Cancer & Cancer Compatible In A Relationship?
By Kristine Fellizar
Get Even More From Bustle — Sign Up For The Newsletter