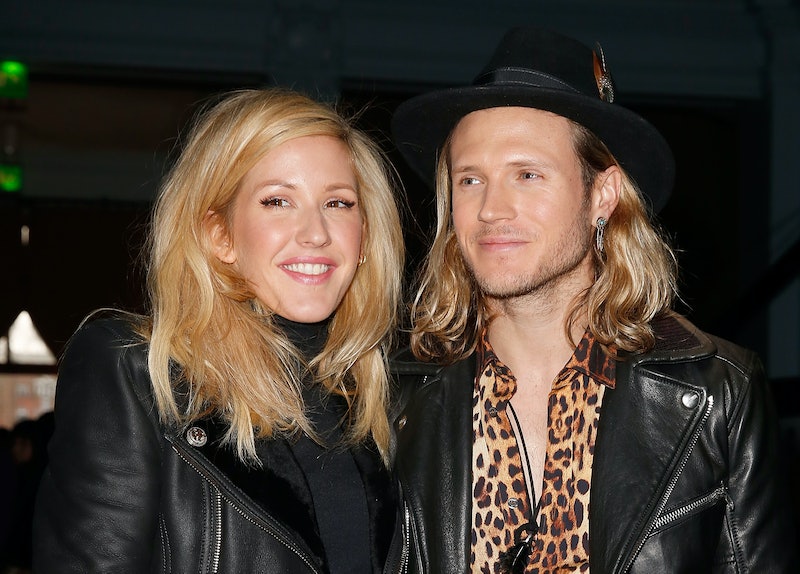 I haven't followed Ellie Goulding's love life too closely, but I know that she's doing alright in every other aspect of her life. Goulding recently nabbed two Grammy Award nominations for her love song "Love Me Like You Do," which was playing everywhere this past summer. Naturally, since Valentine's Day is also around the corner, I wondered if Goulding has a boo to sing some love songs to this year. Turns out, she's been with someone for almost two years now. Ellie Goulding's boyfriend is Dougie Poynter, a musician like herself.

The last I heard of the singer dating someone was when she was with Skrillex and apparently in some sort of love triangle with Niall Horan and Ed Sheeran. The girl certainly has a musician type, and I don't blame her: musicians always make me weak in the knees and the heart. The drama between all of those men never seemed to slow down her stride, and it surely seems like the past two years with Poynter have been nothing but magical. I hadn't heard of her boyfriend before, but it turns out he is also in the music business. Here's all you need to know about Dougie Poynter.

Poynter has been the bassist of pop/rock band McFly since 2003. They are currently on hiatus.

In 2011, Poynter was crowned the winner of I'm a Celebrity...Get Me Out Of Here! a British reality show that is like Survivor, in which celebrities are thrown into the jungle have to try to survive.

He & Ellie Have Been Together Nearly Two Years

In May 2014, Poynter admitted during ITV documentary Fearne and McBusted that he was dating Goulding, saying, "Yeah. All is good in that area."

He Is Ready to Join The Acting World

As early as last October, rumors started swirling that Poynter was secretly taking acting lessons and that his entrance into acting was imminent. On a recent appearance on the UK's Lorraine, Goulding confessed, "He's out in LA. He's working really hard, he's doing all sorts of things... He's started acting, which is amazing and he's a complete natural so I'm excited to see what comes of that."

In a new interview with Glamour , Goulding confessed the "strangest" part of their relationship, saying, "People always say we look like brother and sister. Even our family members say it. It’s quite weird.” Now that I look at them it makes total sense.

Their Careers Makes Their Relationship Work

Dougie and I have such different musical worlds, but he understands when I've had a tough rehearsal or tough couple of days traveling. I don’t like to rely on him to get me through everything, though. I’m an independent person — I do like to take care of things myself. It's important to figure out ways of keeping your own Zen.

Dougie and Ellie sound like they have a very healthy and awesome relationship going on, and I hope they can stay the adorable, grounded and sweet couple they are.