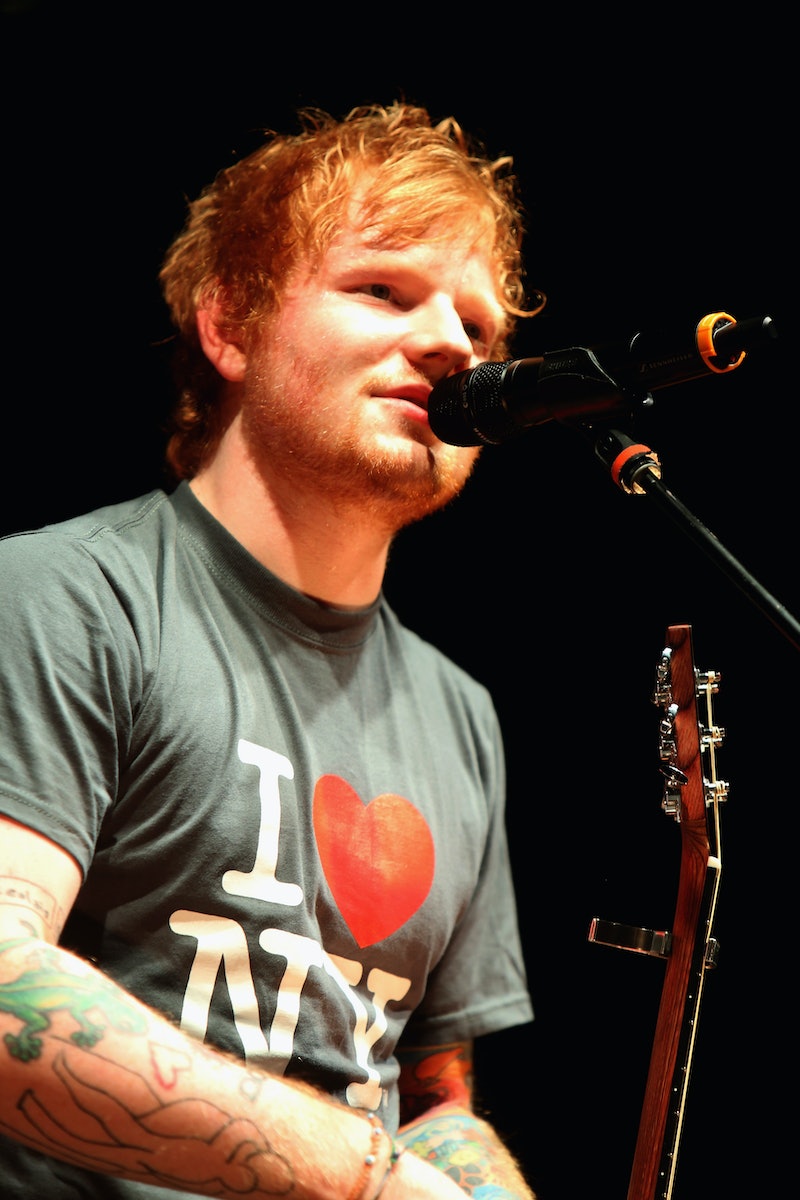 On Monday, Ed Sheeran premiered Pharrell-produced single, “Sing,” giving fans a taste of what to expect from his upcoming album, X. With it’s provocative lyrics about drinking and hooking up, “Sing” definitely showcases a previously unseen side of the pleasant British singer-songwriter. And according to recent interviews, the material on X only gets juicer and juicer. In fact, a new song titled “Don’t” reportedly tells the story of when pop singer Ellie Goulding cheated on Sheeran with One Direction’s Niall Horan — all while the three were staying at the same hotel!

The last album was more young and dewey-eyed and innocent. I’ve still got very nice songs on this record. But some of them are bite-y. The story in ‘Don’t’ is 100 percent true. I could have gotten nastier — there was more s—t that I didn’t put in. I was seeing someone for a bit of time, and then they ended up physically involved with one of my friends in the same hotel that we were saying in, while I was upstairs. And I feel like: treat people how you want to be treated.

“Don’t” worry (couldn't help myself), it doesn’t sound like Sheeran held back too much. The song’s chorus is supposedly built around the line, “Don’t f--- with my love.” Damn. Some other lyrics go, “I never saw him as a threat, ‘til you disappeared with him to have sex. If I show courtesy and respect to someone, I expect to receive it.” Tell ‘em, Eddie!

I guess touring with Taylor Swift taught Sheeran a thing or two about dragging an ex through song! After he played “Don’t” for Swift, she reacted, “Whatever happens, ever, between us as friends, I never want to piss you off that much.” Well, after all, he did learn from the best. I wonder if Sheeran will casually name-drop Goulding while performing “Don’t” live as Swift has done in the past with former beau Jake Gyllenhaal. Celebrities love to borrow shady tactics from each other. I can’t wait to hear the track — the suspense is killing me!

According to Rolling Stone, Sheeran wrote over 120 songs for X and worked with a diverse group of producers, including: Rick Rubin (Lady Gaga’s “Dope”), Pharrell (Robin Thicke’s “Blurred Lines”), and Benny Blanco (Ke$ha’s “Tik Tok”). Sheeran says that the album is full of “songs about drunken regret and comedowns from certain things.” What are “certain things,” you ask? Well, Sheeran did just try ecstasy for the first time while on vacation in Ibiza last October.

Needless to say, X sounds like it’s going to be a very interesting listening experience, indeed. “Sing” is already off to a strong start at radio — could 2014 be the year of Sheeran?