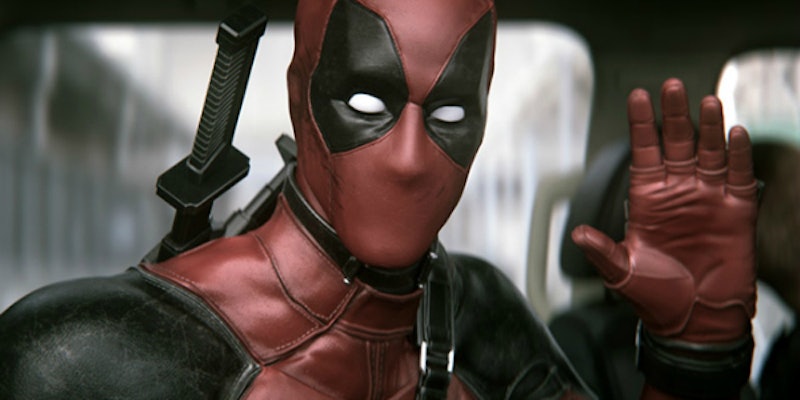 By now, it's pretty much expected that if a movie stars a superhero lead with a tendency to get himself in trouble, there are going to be a few speed bumps before the character finds a happy ending. Whether that means romantic troubles, painful injuries, last-minute revelations or, more often than not, a combination of all that of that, many comic-book adaptations nowadays don't conclude without having their heroes first get into some major trouble. But that just means that when the everything-works-out finale arrives, it feels even more satisfying, and the ending of Deadpool is a perfect example.

The newest superhero flick to arrive in theaters, which stars Ryan Reynolds as a potty-mouthed mercenary, wraps up in a way that will surely make most fans very, very happy; by and large, the characters you root for come out on top, with the villains and their evildoings destroyed. People kiss and make up, heroes get their moments to shine, and there are just enough hints at sequel possibilities to thrill comic-loving viewers. In other words, it's your typical Marvel movie ending — which isn't a bad thing, of course. Here's how Deadpool's conclusion goes down. Obviously, spoilers ahead.

After being kept apart for reasons both voluntary (a humiliated Wayne leaves her) and involuntary (Vanessa is kidnapped by Ajax), the couple reunite, making out in full view of Colossus and Negasonic Teenage Warhead. Needless to say, the mutants are not pleased.

Despite Colossus asking Wayne to keep Ajax alive after the villain is captured, Wayne kills him, because, well, he's Deadpool. He kills people. Often.

Colossus And Megasonic Look On

After helping to defeat Ajax and rescue Vanessa, the two mutants mostly just stand there looking mad that they had to deal with Deadpool's ridiculous. Can you blame them?

A Post-Credits Scene Yells At You

In a post-credits scene, Wayne comes out in a robe, asking the viewer not too politely why they're still there, watching the movie. Do you not get that it's over? He yells, before reminding you that there's no "Sam Jackson" appearance or teaser for a Deadpool 2. Oh, well.

That's Deadpool for you: wrapping up with profanity and self-aware shout-outs. Not to mention, leaving plenty of room for a follow-up film; there may be no direct call-outs to the plotlines of a sequel, but with the X-Men still alive, and Wayne and Vanessa reunited, the movie leaves the possibilities for a Deadpool 2 wide open.