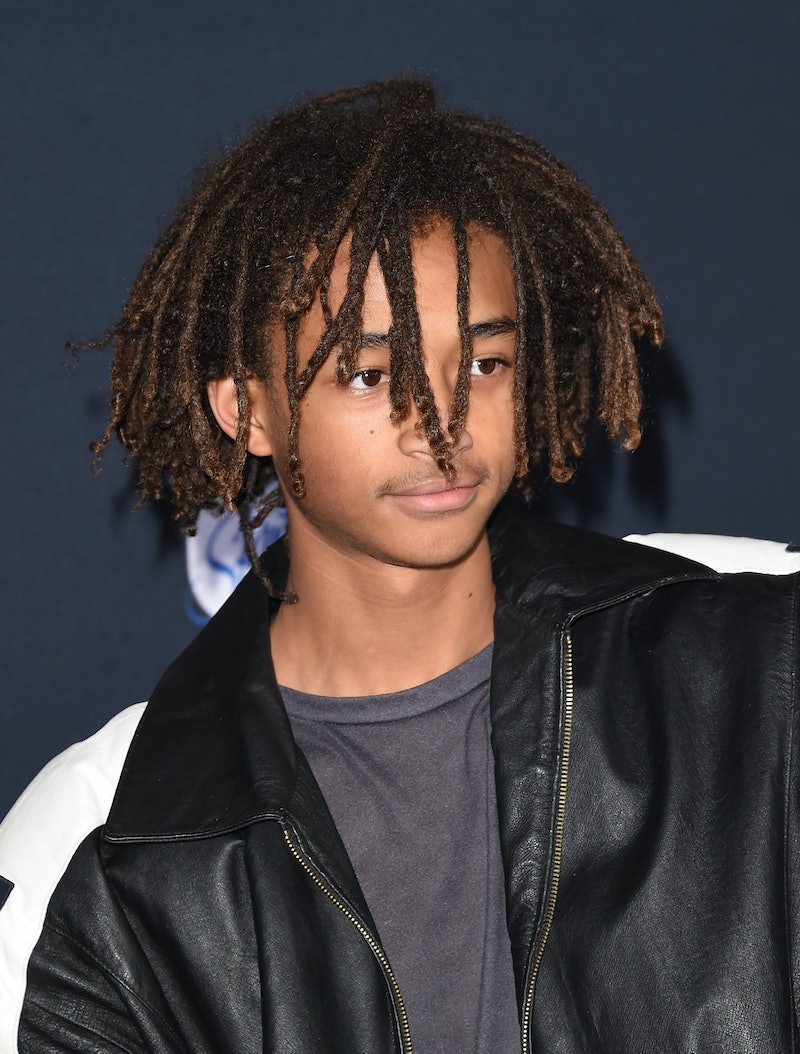 Throughout my life I've been on a hair roller coaster. From short bobs with bangs to super long locks tied in braids, I've done it all. Turns out I have something in common with a certain celebrity. Jaden Smith's hair evolution is really quite impressive. He has definitely experimented with a number of looks over the years, and each of them tells you something about his style from that time.

Like his hair, Smith's fashion sense has evolved. He's always looked great no matter what he's doing with his hair or his outfit, but it's just fun to look back on how much he has changed. From cornrows to piled on dreadlocks, Smith has tried everything — and pulled each 'do off with total aplomb.

Smith has most recently been in the spotlight for his experimentation with fashion rather than hair. He's been known to rock a skirt or two on the cover of Vogue Korea and also in Louis Vuitton's Spring/Summer Women's ad campaign. Let's just say he's not afraid to make some waves in the fashion industry and break a few tired rules while he's at it. His hair styles have definitely mirrored that same sentiment. Take a look below to see how Smith has changed up his hair over the years.

The actor looks too cute with his cornrows and mirrored sunglasses back when he was a kid.

His afro pairs perfectly with that brown embroidered jacket.

The actor completely changes his look, going for a low fade cut.

He sticks with a similar cut, but adds some blonde for a fresh look.

Smith grows out his hair a bit and goes for some shorter dreadlocks.

This is a different interpretation of dreads, but it looks just as good as his shorter 'do.

Most recently, Smith was seen with his locks tied up on top of his head. This is his best look yet, in my opinion.