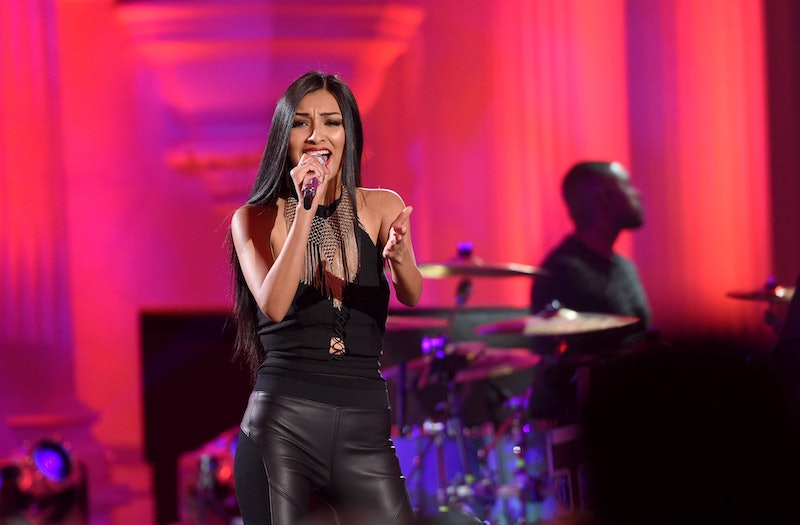 It's Top 24 time and the American Idol contestants are BRINGING IT. First up was Stephany Negrete, who started the night off strong with a punchy performance of Jessie J's "Mama Knows Best." If you haven't noticed Negrete by now, you definitely noticed her tonight. The 21-year-old came out hot and set the bar extremely high for the Top 24 performances. And if her performance tonight is any indication, we'll be seeing Negrete for a long time.

I'll admit, I wasn't taken by Negrete in earlier rounds. She was fun to watch, sure, but her voice didn't stand out. That changed tonight. It's not easy performing first, especially in front of a live audience. But Negrete took it in stride and owned the stage. She got the audience excited and quickly won over the judges. Her ability to perform like that from the beginning proved that she has what it takes to perform an exciting live concert — a must for an aspiring artist.

So was her show stopping performance enough to make it in to the Top 10? Absolutely. While there will be a big cut following the showcase rounds, Negrete gave an impressive showing. Her performance in tomorrow's Duet Round will factor into her overall score, as well, but if she performs the way she performed tonight, then she has the Top 10 in the bag.