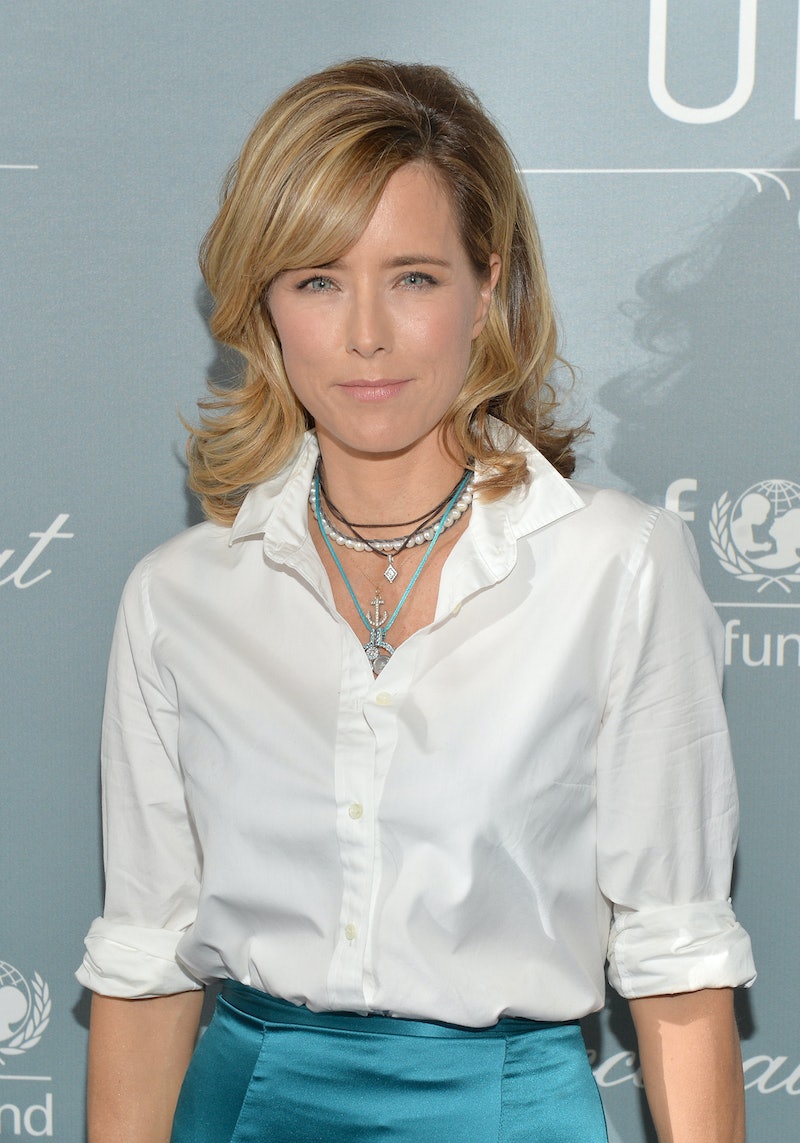 Good news! That political drama that Morgan Freeman is producing for CBS, Madam Secretary, just sounds better and better every day. If you missed the first announcement about it, here's a quick recap: Freeman is going to executive produce his first scripted drama for CBS about a female secretary of State who is not Hillary Clinton, but probably pretty much based on her. It will focus on, as Deadline states, "the personal and professional life of a maverick female Secretary of State as she drives international diplomacy, wrangles office politics and balances a complex family life." Sound good? Now, get ready for it so sound even better: According to Vulture, Téa Leoni has been cast to star in Madam Secretary as the aforementioned secretary of State, and if there's any actress that is totally fit to portray someone like Hillary Clinton, it is Téa Leoni.

This will be Leoni's first network TV role since 1998: Her last regular role was The Naked Truth between 1995 and 1998, and since then, any appearances on network television (like the one on her ex-husband David Duchovny's show The X-Files in 2000) have just been guest roles.

No word on when Madam Secretary will hit the airwaves, but, as it's only in the early stages of production, that info should come along soon. Until then, let us all just bask in the glory of this news.