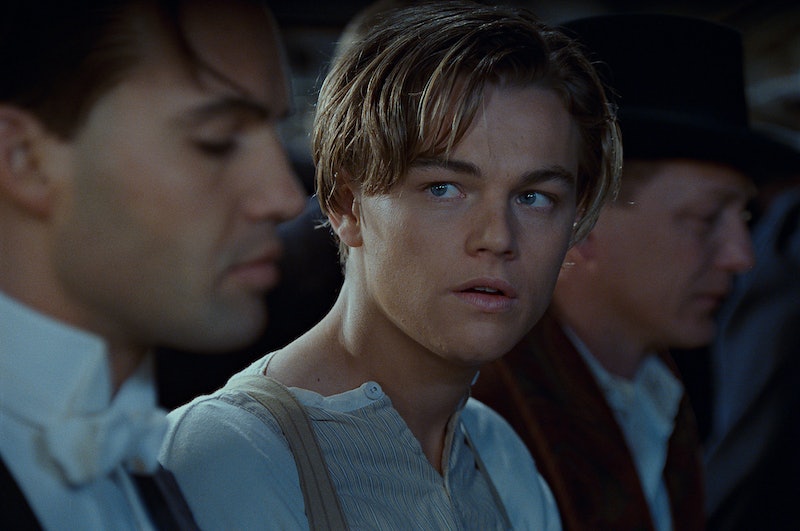 Nearly 20 years after audiences sobbed through three and a half hours of Kate Winslet and Leonardo DiCaprio's high-seas love story in Titanic , fans — and the film's stars — are still talking about its heart-wrenching ending. You know, the one where DiCaprio's Jack Dawson freezes to death in icy waters because there isn't enough room on a piece of floating debris for two people.

Over the years fans of the film have taken it upon themselves to prove that — wait a second — there actually was enough room for two people to fit on that damn wooden door. And the film's star, Kate Winslet, agrees: "I think he could’ve fitted on that bit of door," she told Jimmy Kimmel. But Billy Zane, who plays Cal Hockley — Rose's haughty fiance in the film, isn't so sure. He jokes that if Cal survived, "the movie would have been only five and a half hours long."

According to Zane, DiCaprio's Dawson "always did the honorable thing," meaning, even if there was room on that door, he might not have climbed up to safety. "In gesture and in action, Jack was always more of a gentleman than Cal," Zane says. "[Not saving himself] was the gentlemanly thing to do."

If you recall, when the Titanic is sinking, Cal climbs aboard a rescue boat intended only for women and children — a gentleman, indeed. Later in the film we find out that Cal offs himself after losing everything in the years following the tragedy, but this doesn't affect poor, sweet Jack, who sinks to the bottom of the ocean like the blue diamond worn around Rose's neck.

Character-based reasons aside, Zane admits that, "there might have been a little room on there" for Jack. "Perhaps in some sense of reality, while discussing a plot point of a movie, he could have survived."

Though Zane admits: "It's a hard one to get my head around."