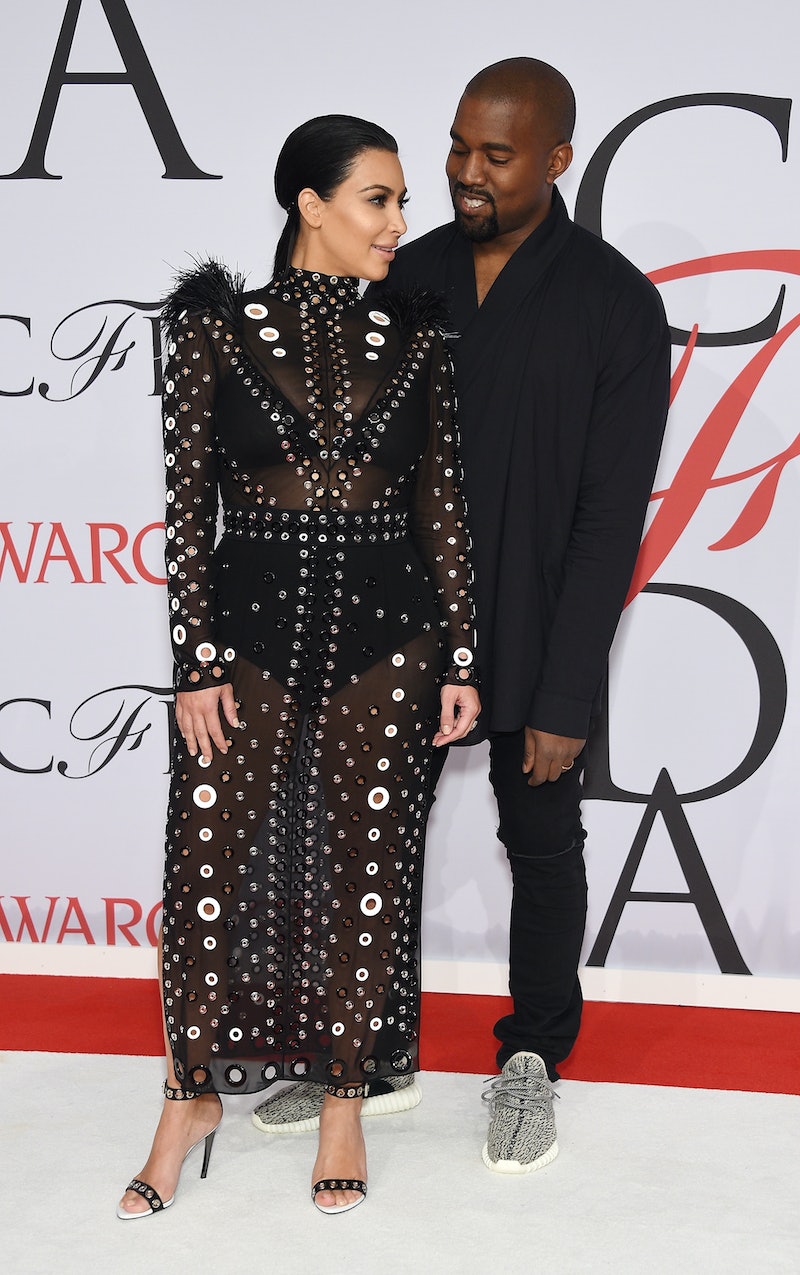 After "Only One," Kanye West's collaboration with Paul McCartney, referenced both his late mother and his then-infant daughter, it seemed only a matter of time before West's pen would turn to wife Kim Kardashian. He delivers in full on The Life of Pablo, his first full-length release since the couple married in 2014. But there's one track in particular that's worthy of further consideration — "High Lights," the fifth track off The Life of Pablo and one that might actually take us through the latest history of Kardashian drama. "High Life" is definitely about Kim Kardashian, but it's not her alone.

The reference to Kim comes midway through the song. West references his wife only obliquely, digging deep into her history — back to the sex tape that first catapulted her into the public eye. According to Hollywood Life, just last week, Ray J — the rapper with whom Kardashian recorded that now-infamous tape way back in 2007 — told a bystander on the red carpet for the BET Awards that the Kardashians "owe me" for making Kim Kardashian famous. (He may need a reminder that people have largely forgotten about Kardashian's 2007 exploits in the aftermath of all that she's accomplished since then. I really don't know.) So Ray J may have cast the first stone, but West strikes back:

I bet me and Ray J would be friends If we ain't love the same b*tch Yeah, he might have hit it first Only problem is I'm rich

Let's momentary set aside the fact that Kanye West refers to sex with his wife as "hitting it." (And also the fact that he calls his wife a "b*tch," which is pretty derogatory.) The lines are less about West's relationship with Kardashian, and more his relationship with his own fame and fortune. It's almost a diss track, except it seems like it's directed at the whole world. The chorus, "Tell my baby I'm back in town / Tell everybody I'm back in town" seems to echo an earlier track "Freestyle 4," in which West raps "Y'all sleepin' on me, huh? / Had a good snooze?" The Life of Pablo is really West's assertion that despite the length between his last release and this one, and all that he's dabbled in in the meantime, he's still one of his generation's most iconic and vibrant rappers.

And Kardashian's sex tape isn't the only recent drama among her extended family that plays a role in the track. There's an explicit reference to Blac Chyna's relationship with Kardashian's brother Rob shortly after West brings up Kardashian (as Perez Hilton said, West has clearly been Keeping Up With the Kardashians ). West goes on to apparently repent in "FML," in which he discusses his constant struggle to stick on the straight-and-narrow — and this is all just the surface-level interpretations.