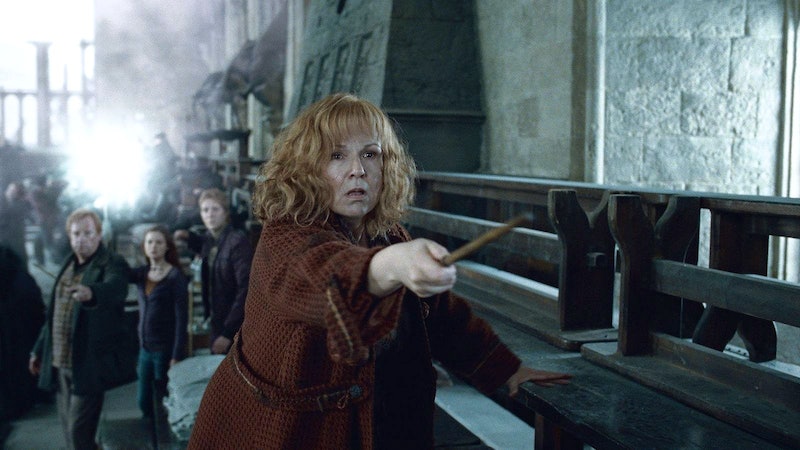 For a lot of Harry Potter fans, the characters probably feel like family. After all, if you’ve spent so many years reading the books, watching the films, and — recently — getting excited for all the new books and movies and plays, it’s no wonder that you sometimes forget your last name isn’t actually “Weasley.” And with all the relationships in Harry Potter, you can probably relate to at least one of the characters – personally, I swear my brothers and I are some combination of the Weasley children (I always say Fred, George, and Ginny).

Not only do the characters feel like family, but it’s clear that the series is all about family. Though Harry begins his journey seemingly alone, by the end of the books he’s surrounded by loved ones. And Harry never would have defeated Voldemort, if it hadn’t been for a mother’s love: at the very beginning, his mother saves him by dying in his place. At the end of the series, Narcissa saves him by lying to Voldemort to protect her own son. Time and time again, family members — and friends who may as well be related, because they’re so close — prove that in Harry Potter, family is magic.

1. "The Sorting is a very important ceremony because, while you are here, your house will be something like your family within Hogwarts... I hope each of you will be a credit to whichever house becomes yours."

2. "Your mother died to save you. If there is one thing Voldemort cannot understand, it is love. He didn't realize that love as powerful as your mother's for you leaves its own mark. Not a scar, no visible sign… to have been loved so deeply, even though the person who loved us is gone, will give us some protection forever."

3. Percy Weasley stuck his head through the door, looking disapproving. He had clearly gotten halfway through unwrapping his presents as he, too, carried a lumpy sweater over his arm, which Fred seized. "P for prefect! Get it on, Percy, come on, we're all wearing ours, even Harry got one." "I — don't — want —" said Percy thickly, as the twins forced the sweater over his head, knocking his glasses askew. "And you're not sitting with the prefects today, either," said George. "Christmas is a time for family."

4. "Mom?" he whispered. "Dad?" They just looked at him, smiling. And slowly, Harry looked into the faces of the other people in the mirror, and saw other pairs of green eyes like his, other noses like his, even a little old man who looked as though he had Harry's knobbly knees — Harry was looking at his family, for the first time in his life.

—Cornelius Fudge, Harry Potter and the Prisoner of Azkaban

6. "You think the dead we loved ever truly leave us? You think that we don't recall them more clearly than ever in times of great trouble? Your father is alive in you, Harry, and shows himself most plainly when you have need of him."

—Albus Dumbledore, Harry Potter and the Prisoner of Azkaban

7. The Weasleys were Harry’s favorite family in the world.

8. Harry found himself shunted aside by a witch with a walnut jammed up her left nostril. “Family argument, eh?” smirked the blonde witch behind the desk. “You’re the third I’ve seen today . . . Spell Damage, fourth floor . . .”

10. “Half our family does seem to owe you their lives, now I stop and think about it,” Mr. Weasley said in a constricted voice. “Well, all I can say is that it was a lucky day for the Weasleys when Ron decided to sit in your compartment on the Hogwarts Express, Harry.”

—Athur Weasley, Harry Potter and the Order of the Phoenix

14. The train began to move, and Harry walked alongside it, watching his son’s thin face, already ablaze with excitement. Harry kept smiling and waving, even though it was like a little bereavement, watching his son glide away from him...The last trace of steam evaporated in the autumn air. The train rounded a corner. Harry’s hand was still raised in farewell.“He’ll be all right,” murmured Ginny. As Harry looked at her, he lowered his hand absentmindedly and touched the lightning scar on his forehead. “I know he will.”