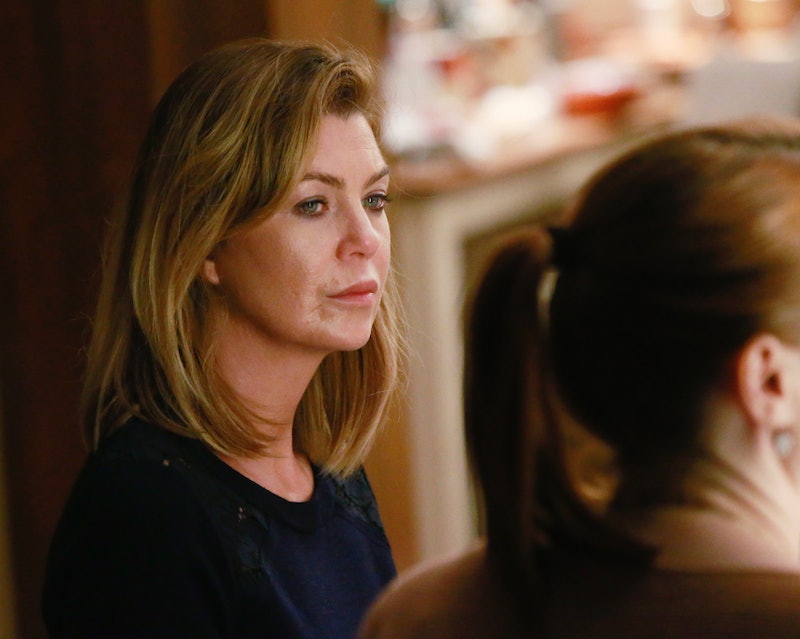 Following a brutal assault by a patient at Grey Sloan, Meredith Grey may have lost her hearing. It all started off like a normal day—a multiple car pile up, a bunch of injuries, and plenty of activity in the trauma center. Lou, a victim in the accident, was brought in with a head injury when he had a seizure. Unfortunately, after his seizure was over, he emerged from what the doctors called a “fugue” state and viciously attacked Meredith. It was hard to watch—Shonda Rhimes really went there with this episode. Hasn’t enough bad stuff happened to Meredith Grey already?

So the question you’re probably asking is, if the attack was so bad, how did everyone not hear Meredith being assaulted? Well, with all of the hullaballoo from the car accidents, people at the hospital were breaking bones and shocking hearts and, you know, saving lives. After a few minutes, Lou collapsed again, Meredith lay on the floor, and the doctors found them both. Obviously, the fine surgeons at Grey Sloan swooped into action (it was like there were no other patients there, to be honest), triaging, fixing Meredith’s broken bones, and realizing that she couldn’t hear a word that they were saying.

As the weeks went on, Meredith’s hearing came back and her bones slowly healed. While she had to stay in a hospital bed for weeks on end (and her children didn’t want anything to do with her, which I get, because seeing your mother’s jaw wired shut isn’t exactly a normal occurrence for a four year old), Meredith will emerge from this physically whole. Psychologically? Well, that’s another story, but if Meredith can get through everything else (including losing her husband), I’m sure she can stand a broken jaw and a few months off of her feet. She even made up with Amelia (kind of!) Maybe this attack was the catalyst she and Amelia needed to mend their broken relationship.