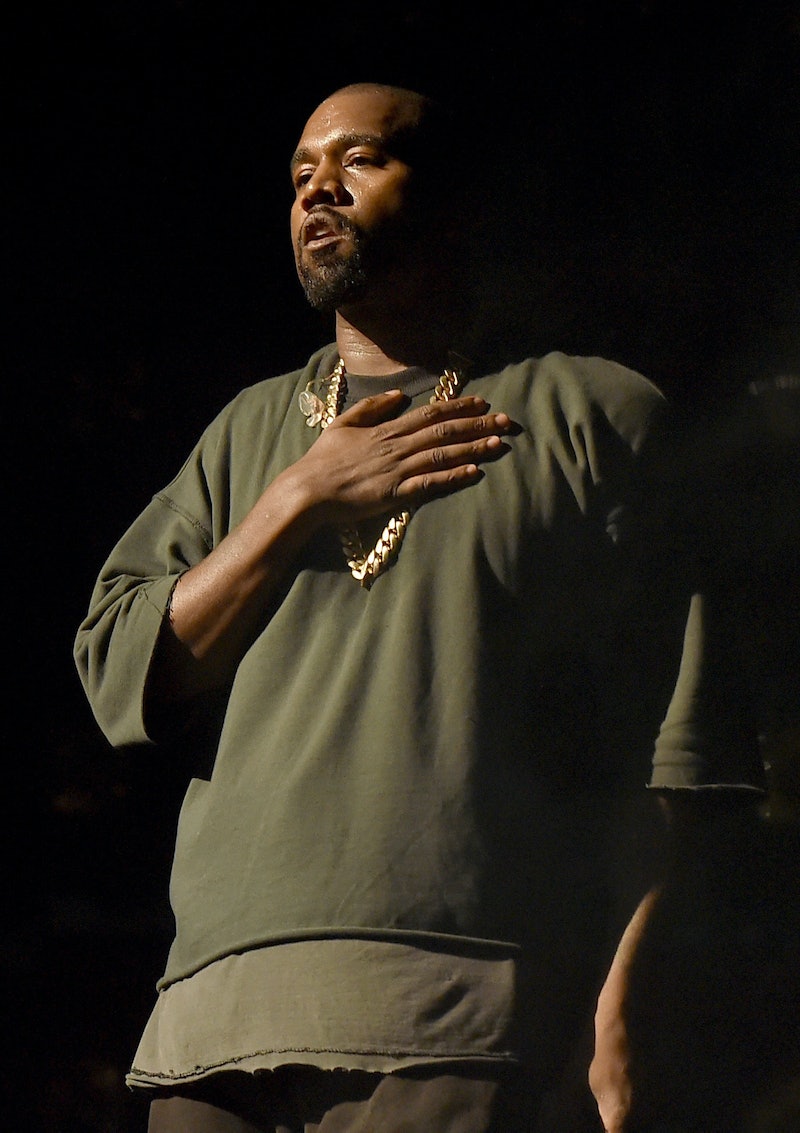 There's no doubt that however cocky Kanye may seem, he's got much love for his family. And at his Yeezy Season 3 show backstage, Kanye wore a t-shirt to commemorate his late mother Donda and Robert Kardashian, proving once more that to him, family is everything. Love him or hate him, or love to hate him and hate to love him, you've got to admit, this is a pretty sweet gesture.

Paired with a Yeezy cap, Kanye donned the cream-colored t-shirt with an illustration of his late mother, Donda West, with "In Loving Memory" emblazoned at the top. Turn the tee around, and you'll see a similar design, except this time, it's Robert Kardashian.

During his show, Kanye also mentioned that he created a video game dedicated to his mom, in which "the concept is [his] mom traveling through the gates of heaven," he said. In the short video he showed on the big screens of Madison Square Garden, we saw an animation of his mother, with wings, perched up on a Pegasus, flying through the sky. To say this moment was touching is an understatement.

The Verge reports that his new video game is titled Only One, which also shares a name with a song that Mr. West had released a couple of years ago. Remember that song? It was from the point of view of his mother, speaking to his daughter, North.

Peep the shirt, below:

And, the reactions, of course, are positive.

Pretty sweet, huh? Even sweeter is the preview of the video game, below.

E! reports that according to a photo from Twitter, the shirts are selling for $40. Not too crazy, compared to the other sky-high prices of his other Yeezy merch. However, unless you got your hands on a tee at the show, you'll have to look elsewhere, like eBay. Currently, there's one for sale on the resale site and it's already going for up to $400. Insane.

Looks like Rob Kardashian gave the shirt some love, posting a photo on Instagram and captioning it with "This is why I love my brother."

With such a sweet and powerful message, and a nostalgic feel to the shirts (love a good spray-paint tee, reminiscent of the ones you'd get at a carnival or boardwalk), this is Yeezy merch I can really appreciate. It's clear how much love he has for his family, and this homage to them is nothing short of beautiful.