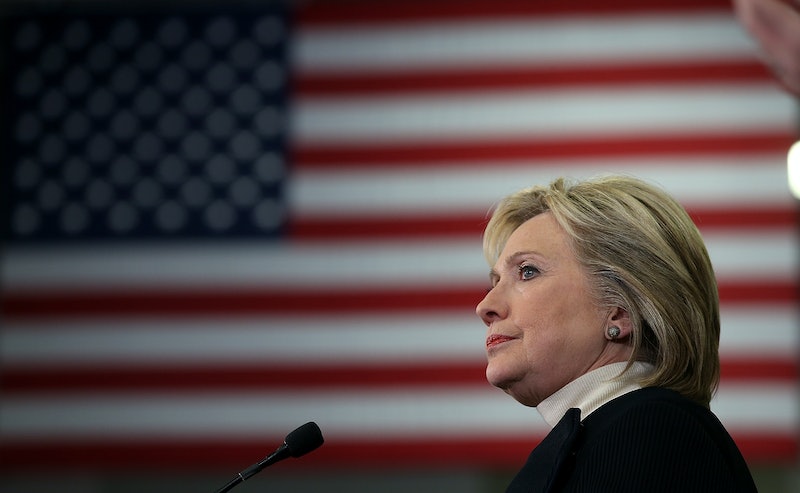 Throughout her campaign, former Secretary of State Hillary Clinton has made it clear that she aligns very much with current President Barack Obama. Lately, she's even taken to co-opting the conversation about universal health care that Obama has struggled to create over the past seven years, by repeatedly reminding voters that it was her conversation to begin with. Still, Hillarycare wasn't Obamacare, and the differences between the two plans might not necessarily strengthen Clinton's argument in the race for the Democratic nomination.

At PBS NewsHour's primetime Democratic debate on Thursday, Clinton reiterated the same refrain she's been pushing for weeks: "Before it was called Obamacare, it was called Hillarycare." She was referring, of course, to Obama's Affordable Care Act, which has rolled out slowly but surely over the last several years. She was also referring to a universal health care plan of her own, known officially as the Health Security Act, which was introduced in 1993 under her husband's administration.

The Health Security Act was indeed nicknamed Hillarycare, and there's no denying that it pre-dated Obamacare, but that's pretty much where the connection between the two plans ends. Clinton clearly just wants to remind voters that she's passionate about fighting for universal health care, but her plan from more than 20 years ago would not necessarily be relevant in today's conversation about health care reform.

First of all, Clinton's plan was not really a direct predecessor of Obamacare, nor did Hillarycare directly inspire Obamacare in any notable way. As many experts have explained, the Affordable Care Act is much more similar to former Massachusetts Gov. Mitt Rommey's statewide universal health care legislation than to Hillarycare. In fact, Hillarycare went much further than Obamacare, addressing pieces of health care legislation that Obamacare does not, like rising out-of-pocket health care costs. Some of these additional items could make the plan more viable in the long term if implemented, but the problem is that implementation would require a complete switch from the system we've known for years to a new one.

It's also important to remember that Clinton's proposal did not succeed. Sure, it was a different time and a different Congress when Clinton's plan was considered than when Obama's was, but at the end of the day, Clinton does not have a successful health care reform bill under her belt (although you may be able to say the same about her opponent, Vermont Sen. Bernie Sanders). Either way, it's certainly hard to make the argument that Clinton's plan directly inspired Obamacare, when, in fact, the Affordable Care Act was clearly modeled off of a Romney-implemented plan for the state of Massachusetts.

More like this
How 5 People Upended Their Lives To Fight For Abortion Rights
By Hannah Smothers
Here’s How Lizzo Is Supporting Abortion Rights After The Roe v. Wade Reversal
By Brad Witter
The UK Abortion Laws In 2022, Explained
By Sophie McEvoy
How Getting An Abortion Has Changed From The ’60s Through Today
By Amanda Chatel
Get Even More From Bustle — Sign Up For The Newsletter